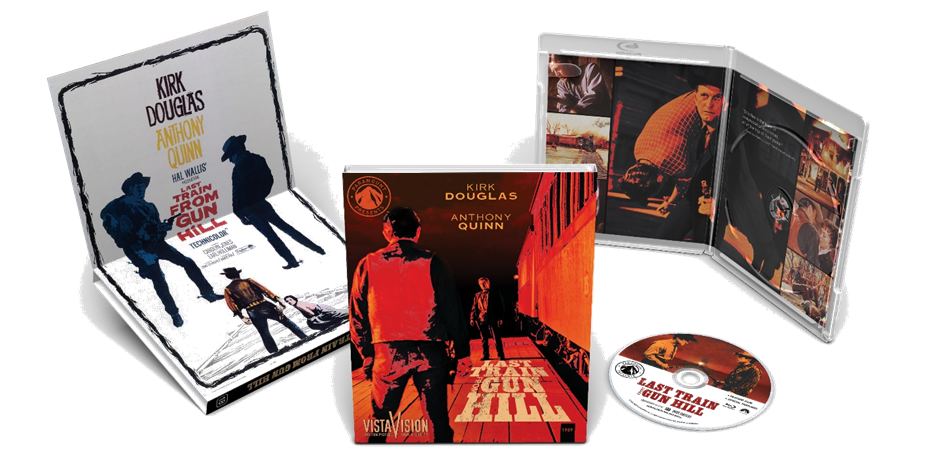 A gripping Western from director John Sturges—one of the greatest filmmakers of the genre—LAST TRAIN FROM GUN HILL has been remastered from a 6K film transfer of the original VistaVision negative for exceptional picture quality.  The limited-edition Blu-ray Disc™ includes a new Filmmaker Focus with film historian Leonard Maltin, access to a digital copy of the film, as well as original theatrical trailers for Last Train from Gun Hill, Gunfight at the O.K. Corral, The Furies, and The Black Orchid.  The Blu-ray comes in collectible packaging featuring a foldout image of the film’s theatrical poster and an interior spread with key movie moments.

LAST TRAIN FROM GUN HILL follows U.S. Marshal Matt Morgan (Kirk Douglas) on the trail of his wife’s killer.  Adding a dark twist to the tale, the suspect’s father is Morgan’s longtime friend, cattle baron Craig Beldon (Anthony Quinn).  Morgan is determined to capture the killer and take him away by the 9:00 train, against all odds.