Own the Visually Stunning Film February 9, 2021 with Making-Of Featurette and Music Video 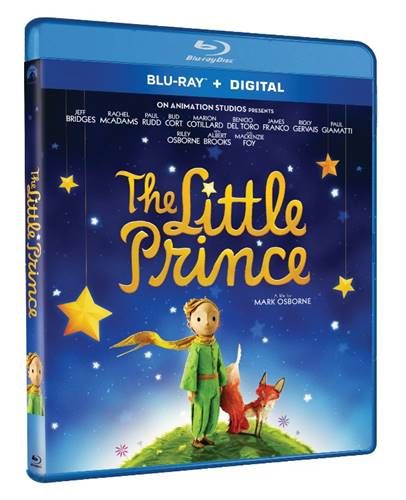 The beautifully animated adaptation of Antoine de Saint-Exupéry’s timeless story THE LITTLE PRINCE arrives on Blu-ray and DVD for the first time on February 9, 2021 from Paramount Home Entertainment.

“As fragile and beautiful as the beloved rose guarded by the wee fellow of the title” (Kyle Smith, New York Post), THE LITTLE PRINCE tells the classic story of love and humanity in a film that’s filled with “charm and sweetness” (Peter Bradshaw, The Guardian).

THE LITTLE PRINCE Blu-ray and DVD include a 25-minute featurette on the making of the film, as well as a music video for the song “Turnaround” by Camille.  The Blu-ray additionally includes access to a Digital copy of the film.

From the director of Kung Fu Panda comes this critically acclaimed, re-imagined take on Antoine de Saint-Exupéry’s classic story. At its heart is “The Little Girl” (Mackenzie Foy), prepared by her mother (Rachel McAdams) for the very grown-up real-world.  After her eccentric, kind-hearted neighbor, “The Aviator” (Jeff Bridges) introduces her to an extraordinary world where anything is possible, she learns of “The Little Prince” (Riley Osborne). And so begins the magical and emotional journey where one learns, amongst other things, it’s the human connections that matter most.