A NEW HERO ARRIVES IN METROPOLIS! 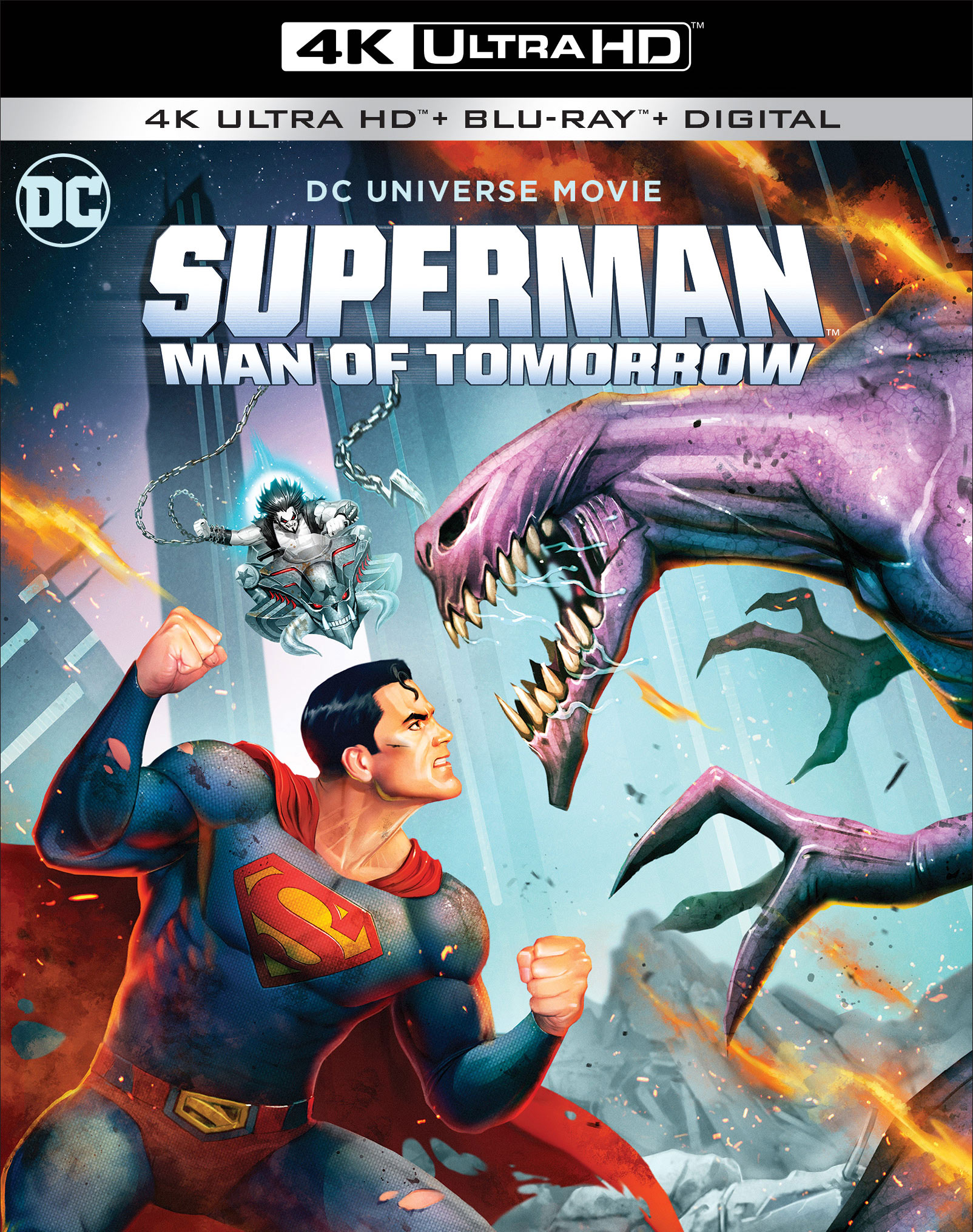 BURBANK, CA (June 25, 2020) – Daily Planet intern Clark Kent takes learning-on-the-job to new extremes when Lobo and Parasite set their sights on Metropolis in Superman: Man of Tomorrow, the next entry in the popular series of DC Universe Movies. Produced by Warner Bros. Animation and DC, the feature-length animated film will be released by Warner Bros. Home Entertainment on Digital starting August 23, 2020, and on 4K Ultra HD Combo Pack and Blu-ray Combo Pack on September 8, 2020.

It’s the dawn of a new age of heroes, and Metropolis has just met its first. But as Daily Planet intern Clark Kent – working alongside reporter Lois Lane – secretly wields his alien powers of flight, super-strength and x-ray vision in the battle for good, there’s even greater trouble on the horizon. Follow the budding hero as he engages in bloody battles with intergalactic bounty hunter Lobo and fights for his life to halt the attack of power-hungry alien Parasite. The world will learn about Superman … but first, Superman must save the world!

Superman: Man of Tomorrow introduces a new producing vision to the DC Universe Movies series, which now numbers 41 films over its 13 years of existence. Supervising Producer Butch Lukic has a rich pedigree in DC animated productions, serving as producer on Constantine: City of Demons, Justice League Action and the Batman Unlimited franchise, as well as directing episodes of Justice League, Batman Beyond and Beware the Batman. Lukic brings a new visual aesthetic to Superman: Man of Tomorrow that departs from the animation styles – of previous producers Bruce Timm (23 films) and James Tucker (17 films) – thus far represented in the DC Universe Movies.

“Superman: Man of Tomorrow is an inspiring retelling of the DC Universe Movies’ backstory for The Man of Steel, taking the audience to his early days as an intern at the Daily Planet – and his beginnings as a learning-on-the-job DC Super Hero,” said Mary Ellen Thomas, Warner Bros. Home Entertainment Senior Vice President, Originals, Animation and Family Marketing. “Darren Criss and Zachary Quinto have wholeheartedly embraced their roles as Superman and Lex Luthor for this film, and the end result is a special addition to canon of films that every Superman fan will want to add to their collection.”

Superman: Man of Tomorrow will also be available on Movies Anywhere. Using the free Movies Anywhere app and website, consumers can access all their eligible movies by connecting their Movies Anywhere account with their participating digital retailer accounts.

On August 23, 2020, Superman: Man of Tomorrow will be available to own in high definition and standard definition from select digital retailers including Amazon, the Apple TV app, FandangoNOW, PlayStation, Vudu, Xbox and others. On September 8, 2020, Superman: Man of Tomorrow will be made available digitally on Video On Demand services from cable and satellite providers, and on select gaming consoles.

Movies Anywhere is a digital movie platform that enables movie fans to discover, access, and watch their favorite digital movies in one place. Movies Anywhere brings together a library of nearly 7,500 digital movies from Sony Pictures, Twentieth Century Fox Film, The Walt Disney Studios (including Disney, Pixar, Marvel Studios and Lucasfilm), Universal Pictures (including DreamWorks and Illumination Entertainment) and Warner Bros., and will continue to expand the consumer experience as more content providers, digital retailers and platforms are added. By connecting participating digital retailers that include Amazon Prime Video,  the Apple TV app, FandangoNOW, Google Play, and Vudu, movie fans can now bring together their digital movie collections (whether purchased or redeemed) in one place and enjoy them from the comfort of their living rooms, and across multiple devices and platforms, including Amazon Fire devices; Android devices and Android TV; Apple TV, iPhone, iPad and iPod touch; Chromecast; Roku® devices and popular browsers. Movie fans can also redeem digital codes found in eligible Blu-ray and DVD disc packages from participating studios and enjoy them through Movies Anywhere. Movies Anywhere – your movies, together at last.

Digital movies or TV episodes allow fans to watch a digital version of their movie or TV show anywhere, on their favorite devices. Digital movies or TV episodes are included with the purchase of specially marked Blu-ray discs. With digital, consumers are able to instantly stream and download movies and TV shows to TVs, computers, tablets and smartphones through retail services. For more information on compatible devices and services go to wb.com/digitalmoviefaq. Consult a digital retailer for details and requirements and for a list of digital-compatible devices.

DC is one of the largest English-language publishers of comics and graphic novels in the world and home to some of the most iconic and recognizable characters ever created. As a creative unit of WarnerMedia, DC is charged with strategically integrating its stories and characters across film, television, consumer products, home entertainment, interactive games and the DC Universe subscription streaming service. For more information visit dccomics.com.