OF THE ORIGINAL CLASSIC

in a Limited Edition Steelbook

of Long-Requested and Rare Archival Elements,

with Never-Before-Seen Deleted Scenes from the Original Film 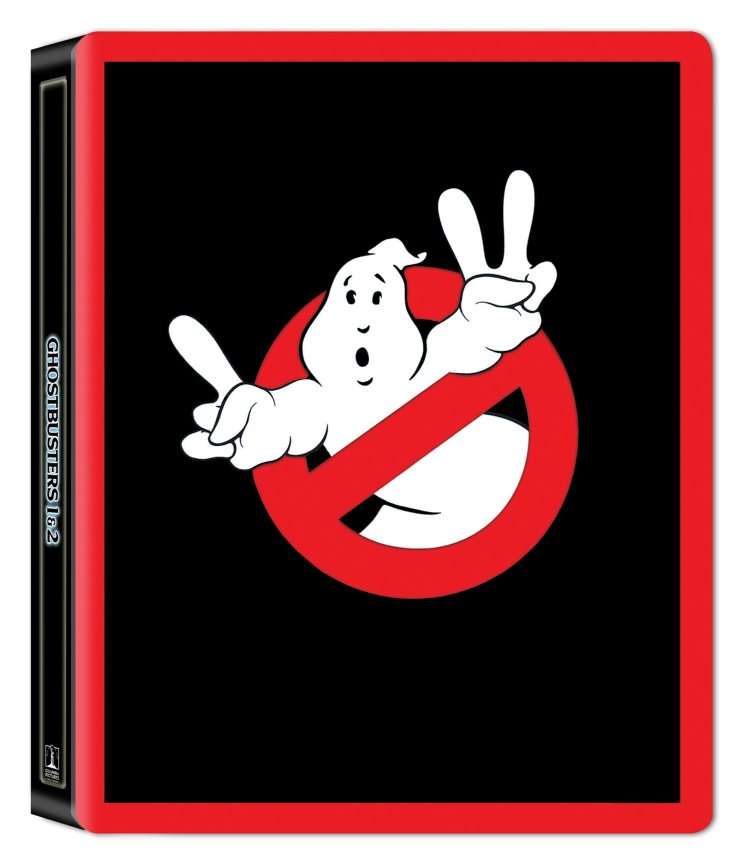 GHOSTBUSTERS and GHOSTBUSTERS II were directed and produced by Ivan Reitman and written by Dan Aykroyd and Harold Ramis.

§  “A Moment With the Stars” – Original EPK Featurette

§  Original Stereo Audio for the Feature (Blu-ray only)

§  Original Stereo Audio for the Feature (Blu-ray only)

§  Who You Gonna Call: A Ghostbusters Retrospective

§  Time Is But A Window: Ghostbusters II and Beyond

§  “On Our Own” Music Video by Bobby Brown