Nationwide for Two Days Only: March 31 and April 2 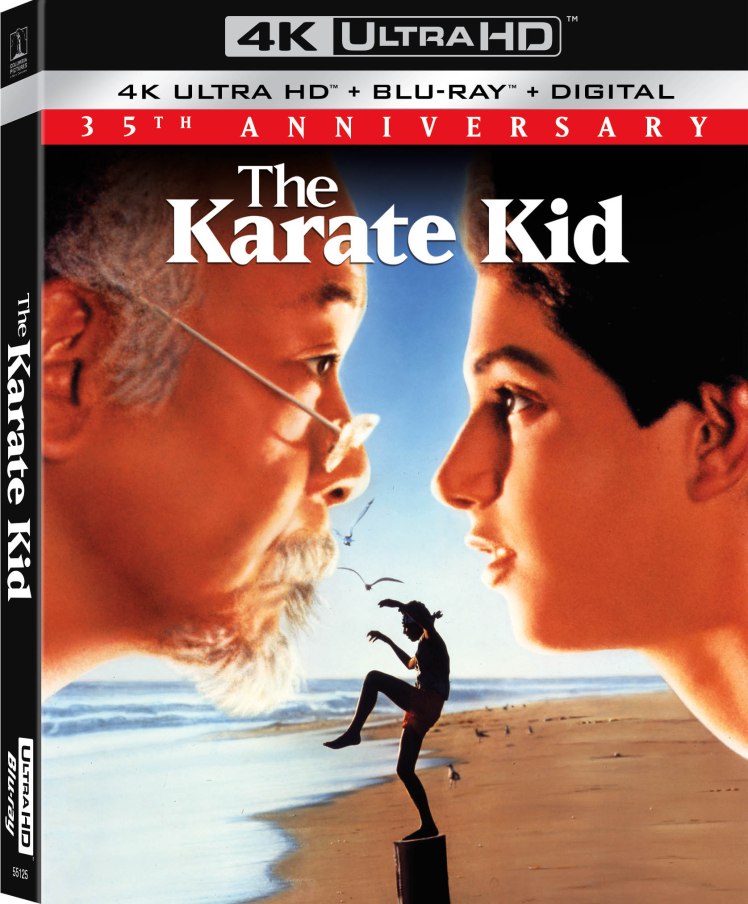 CULVER CITY, Calif. (February 4, 2019) – Get ready to sweep the leg … because Daniel is going to face off against Johnny again and audiences will be on their feet cheering when THE KARATE KID returns to movie theaters for its 35th anniversary as a limited engagement, followed by its debut on 4K Ultra HD from Sony Pictures Home Entertainment.

Tickets for the two-day-only Fathom Events presentation of THE KARATE KID will be available beginning Friday, February 15 at www.FathomEvents.com or at participating theater box offices.

The 35th anniversary theatrical screenings of THE KARATE KID will be accompanied by an exclusive sneak preview of season 2 of the hit YouTube Original series “COBRA KAI.”

Last year marked the highly anticipated return of the iconic arch-rivals from THE KARATE KID films as Macchio and Zabka reunited in “Cobra Kai.” The critically acclaimed and popular TV series recently landed on many “Best of 2018” TV lists, won Rotten Tomatoes’ TV Drama 2018 category, and exceeded 50 million views on YouTube. This spring, a second season of “Cobra Kai” will return on YouTube Premium. A new rivalry between opposing dojos is born in the aftermath of Cobra Kai’s controversial win at the All Valley Championships. Daniel realizes his next countermove is to open his own karate training school called Miyagi-Do, in honor of his mentor Mr. Miyagi. What was once a personal feud between Daniel and Johnny escalates beyond their differences to engulf their students, who, as teenagers, are already challenged to figure out who they are and who they want to be. Which path will they follow – Cobra Kai or Miyagi-Do?

Celebrate the 35th anniversary of the coming-of-age classic — from Academy Award®-winning director (1976, Rocky) John G. Avildsen — that will leave you cheering! There is more to karate than fighting. This is the lesson that Daniel (Ralph Macchio), a San Fernando Valley teenager, is about to learn from a most unexpected teacher: Mr. Miyagi (Noriyuki “Pat ” Morita in his Academy Award®-nominated performance [Best Supporting Actor, 1984]), an elderly handyman who also happens to be a master of the martial arts. His training and these vital lessons will be called into play when an outmatched Daniel faces Johnny, the skilled leader of the Cobra Kai — a vicious gang of karate school bullies — in a no-holds-barred karate tournament for the championship of the Valley.

THE KARATE KID has a run time of approximately 126 minutes and is rated PG.

Academy Award® and Oscar® are the registered trademarks and service marks of the Academy of Motion Picture Arts and Sciences.