TAD THE LOST EXPLORER AND THE SECRET OF KING MIDAS 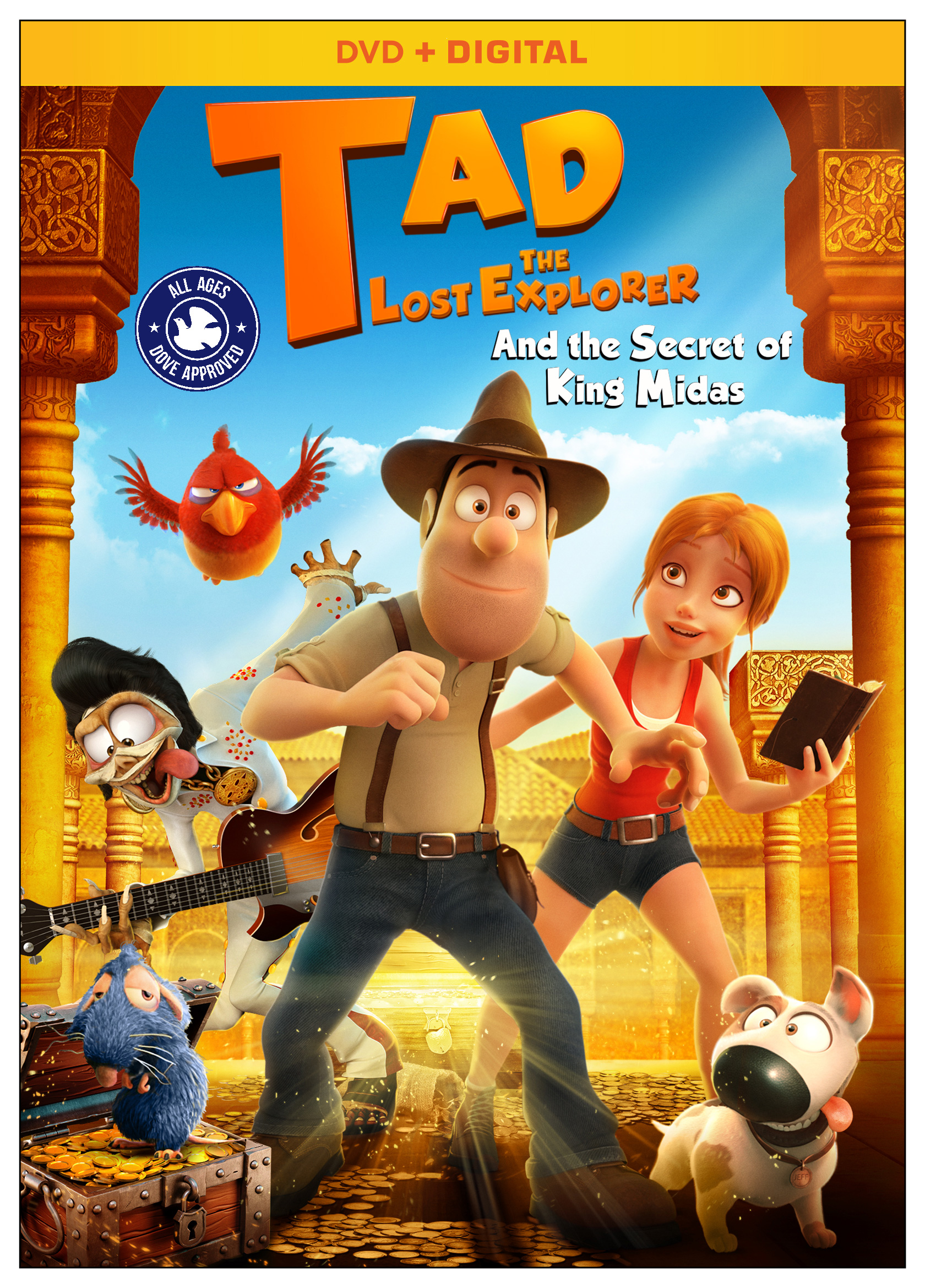 Tad and his loveable and zany friends are back in the all-new animated adventure TAD THE LOST EXPLORER AND THE SECRET OF KING MIDAS.  In this highly anticipated follow-up to the 2013 hit Tad, The Lost Explorer, Tad dreams of becoming an archeologist traveling the world, uncovering hidden secrets and lost treasure, but his job working construction keeps him daydreaming instead of exploring.  The chance of a lifetime comes when he is invited to attend archaeologist Sara Lavrof’s presentation of her latest discovery–the papyrus that proves the existence of the Necklace of Midas, the legendary King who turned everything he touched into solid gold.  When an evil billionaire forces Sara to help him find the enchanted talisman, Tad must rescue the girl of his dreams on a trip around the world, in this new hilarious, action-packed adventure the whole family will love!

A recipient of the Dove Seal of Approval, TAD THE LOST EXPLORER AND THE SECRET OF KING MIDAS is rated PG and is an ideal family film loaded with fun, laughter and adventure.  The film will be available on DVD (with Digital copy) and on Digital beginning April 10, 2018.