AFTER 108 LONG YEARS, CUBS FANS CAN CELEBRATE THE

8-Disc Set on Blu-ray™ and DVD 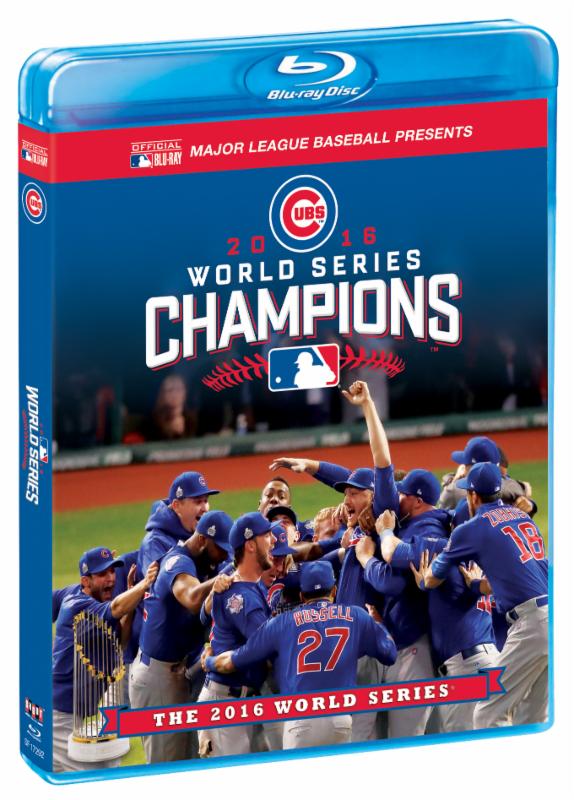 NEW YORK and LOS ANGELES (November 17, 2016) – All droughts end with rain. And when the Chicago Cubs ended their 108-year World Series drought with an improbable three game run – including a dramatic Game 7 rain delay – to capture the championship, generations of Cubs fans washed away decades of disappointment, curses and superstitions. Fly the W! The Cubs are 2016 World Series champions!  And, this December, fans can bring home this year’s Fall Classic with two spectacular home entertainment collectibles commemorating the team’s unforgettable postseason: “THE 2016 WORLD SERIES” the official film, available on DVD (with digital copy) and two-disc Blu-ray+ DVD combo pack (with digital copy) on December 6, 2016,and “2016 WORLD SERIES COLLECTOR’S EDITION: Chicago Cubs”, 8-disc collection on Blu-ray and DVD on December 13, 2016, from Shout! Factory and Major League Baseball.

The 2016 World Series was the end of an arduous road. As the Cubs wielded dominating pitching, spectacular defense, and clutch offense to end their championship drought in dramatic fashion, generations of fans celebrated cherished memories newly washed by a championship. And it was, perhaps, even the beginning of a new kind of journey for the Cubs and their fans, as Owner Tom Ricketts and President of Baseball Operations Theo Epstein collaborated to shape a staff and team that could pull off the most epic of championships.  With a powerful combination of talent and grit, Manager Joe Maddon’s cast of Kris Bryant, Anthony Rizzo, Javier Baez, Jake Arrieta, Dexter Fowler, Jon Lester, David Ross and World Series MVP Ben Zobrist, the Cubs outplayed the Giants and Dodgers to set up a historically dramatic World Series against the Cleveland Indians. Of course, it would come down to a Game 7 full of pulse-pounding thrills, anxiety, and excitement, as the Cubs overcame a tenacious Cleveland comeback, including a mythical rain delay, inspirational clubhouse speech, and an extra frame of baseball to crown a 103-win season with a World Series title.

Part of a tradition that dates back to 1943 when the U.S. State Department commissioned Major League Baseball to create a highlight reel of the World Series for troops overseas, the official World Series film is the crowning achievement each year from Major League Baseball.  With numerous camera crews capturing every exhilarating pitch, every historic home run and mesmerizing moment from every postseason game, the “THE 2016 WORLD SERIES” film delivers the Cubs’ thrilling series run in an expertly crafted documentary, edited from hundreds of hours of footage. Featuring comprehensive highlights, exclusive access and interviews, and breathtaking, hi-def footage that delivers home audiences directly to the ballparks, this extraordinary souvenir, narrated by actor and longtime Cubs fan Vince Vaughn, captures the team’s thrilling series in epic fashion. Championship bonus programming includes season-long highlights, as well as excerpts from the record-setting celebratory parade that turned Chicago blue with a crowd estimated at nearly 5 million.

Following, on December 13, Cubs fans everywhere can relive the team’s entire white-knuckle postseason run with the “2016 WORLD SERIES COLLECTOR’S EDITION: CHICAGO CUBS”,an 8-disc set that preserves every inning, every play and every heart-stopping moment from the 2016 Fall Classic – from “spiritual” team leader David Ross’ dramatic home run in the final game of his career, Jake Arrieta and Jon Lester’s masterful performances on the mound to Kris Bryant’s final, thrilling 5-3 put-out to Anthony Rizzo.

This special edition presents all seven complete and uncut World Series games, all wrapped with SleeveStats which offer official stats, game trivia and more to enhance the viewing experience.  Also included are a bonus disc of the pennant-clinching NLCS Game 6 at Wrigley Field, as well as four audio options, allowing home audiences to watch the games while listening to either the television broadcast, Cubs Radio Network announcers, the Indians Radio Network or a Spanish-language version of the broadcasts.

This December, fly the W and celebrate the Cubs history-making run to the championship with these two ultimate mementos from one of the most exciting postseasons in a generation.

Major League Baseball (MLB) is the most historic professional sports league in the United States and consists of 30 member clubs in the U.S. and Canada, representing the highest level of professional baseball. Major League Baseball is the best-attended sport in North America, and since 2004, MLB has enjoyed its best-attended seasons in the history of the game, with each regular season eclipsing the 73 million mark. Now led by Commissioner Robert D. Manfred, Jr., MLB currently features record levels of labor peace, competitive balance and industry revenues, as well as the most comprehensive drug-testing program in American professional sports. MLB remains committed to making an impact in the communities of the U.S., Canada and throughout the world, perpetuating the sport’s larger role in society and permeating every facet of baseball’s business, marketing and community relations endeavors. With the continued success of MLB Advanced Media and MLB Network, MLB continues to find innovative ways for its fans to enjoy America’s National Pastime and a truly global game. For more information on Major League Baseball, visit www.MLB.com. 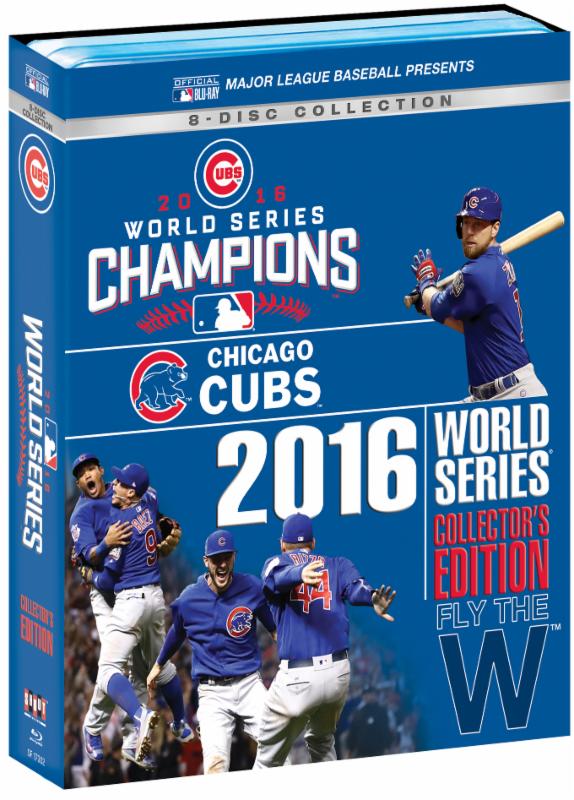 “The Mitchells vs. the Machines” Available on Digital, Blu-ray & DVD 12/14