Union Bound: The Tour to kick off May 11th in Franklin, TN, with special guests CACTUS MOSER and WYNONNA 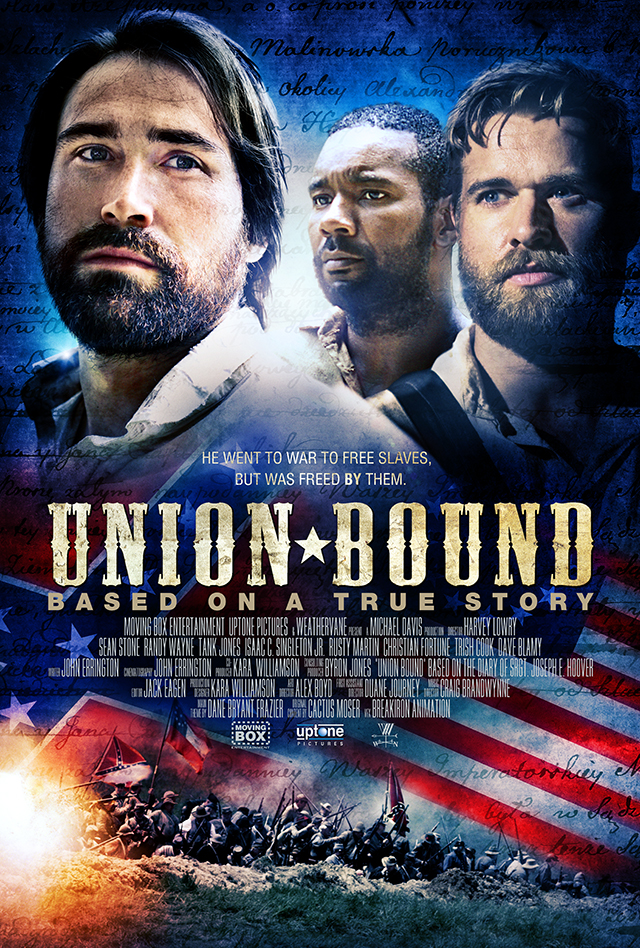 Monday, April 4, 2016 — (NASHVILLE, TN) – Meeting Street Productions and Uptone Pictures are pleased to announce the launch of Union Bound: The Tour, spawned from the upcoming feature film, Union Bound, which hits theaters nationwide on April 22nd. The tour will feature a screening of the film, a traveling exhibit of Civil War memorabilia, and live performances by legendary country artist Collin Raye (who is celebrating 25 years in Country music), Highway 101 vocalist Nikki Nelson, and the award-winning Street Drum Corps. Union Bound co-star Tank Jones will serve as host for the tour.

The tour will kick off on Wednesday, May 11th at the Franklin Theatre in Franklin, Tennessee, with special guests Cactus Moser and Wynonna, performing for one night only. The show will then travel to 14 additional cities on the East Coast through May 31st. For a complete schedule, visit http://unionboundthemovie.com/Tour.html.

The inspiring film from Uptone Pictures, Moving Box Entertainment and Weathervane Productions and distributed by Hannover House/Medallion Releasing/Universal, is based on the actual diaries of Joseph Hoover, an unlikely survivor of the Underground Railroad. Hoover’s diaries will be on display as part of the exhibit accompanying the tour.

“This is an amazing true story, more than 150 years in the making,” said producer Michael Davis. “At a time when there is so much racial division, Union Bound tells the story of three men of different races, different backgrounds and different perspectives, united by a common purpose and fighting together for freedom.”

A FATHER’S LEGACY – in Theaters for One-Night Only