Based on the Inspiring True Story of Mine That Bird,
Kentucky Derby’s 2009 Against-All-Odds Winner 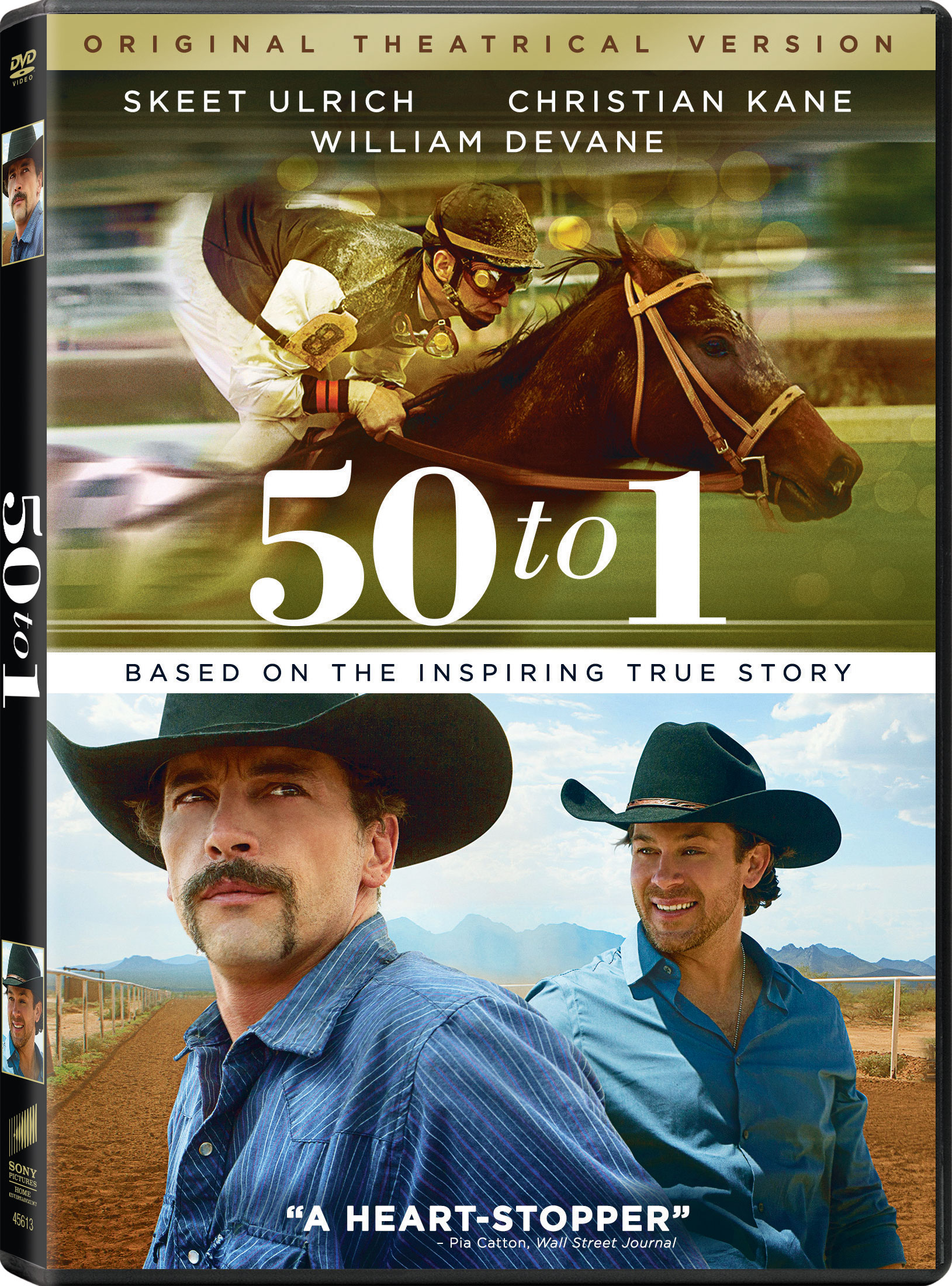 CULVER CITY, Calif. (Feb. 17, 2015) –– Based on the incredible true story of Mine That Bird — the longshot racehorse who, to everyone’s surprise, won the 2009 Kentucky Derby– 50 TO 1 will debut April 28 on DVD and Digital HD from Sony Pictures Home Entertainment.  The film tells an inspiring and humorous account of real American cowboys and the series of seemingly insurmountable challenges they encountered on the way to Churchill Downs, when Mine That Bird and his misfit owners beat the odds and came out Derby winners.

Skeet Ulrich (“Law & Order: LA”) stars as Chip Woolley, Mine That Bird’s trainer, and Christian Kane (“The Librarians”) stars as Mark Allen, the horse’s owner.  Appearing as himself is Hall of Fame jockey Calvin Borel, who guided Mine That Bird along the rail to pass 18 horses in 20+ seconds for his astonishing win. 50 TO 1 also stars William Devane (Interstellar), Todd Lowe (“True Blood”) and Madelyn Deutch (Like a Country Song).

50 TO 1 is produced and directed by veteran producer and Oscar® winner Jim Wilson (Best Picture, Dances With Wolves, 1990), who also produced The Bodyguard and Wyatt Earp.  An avid horse-racing fan, Wilson was devoted to getting the film out of the starting gate, so he personally raised more than $8.5 million to get the movie into production. 50 TO 1 is a heartwarming film that proves even underdogs can keep up in the final showdown with the world’s racing elite. The screenplay is by Faith Conroy and Jim Wilson.

Bonus material for 50 TO 1 include an in-depth making-of featurette, allowing audiences to go behind-the-scenes with the cast and crew to learn how they adapted the greatest horse race in history to film. Also included is a laugh-out-loud blooper reel.

Synopsis:
A misfit group of New Mexico cowboys find themselves on the journey of a lifetime when their crooked-footed racehorse qualifies for the Kentucky Derby. Based on the inspiring true story of Mine That Bird, the cowboys face a series of mishaps on their way to Churchill Downs, becoming the ultimate underdogs in a final showdown with the world’s racing elite.

50 TO 1 Bonus Features include:

Visit Sony Home Entertainment on the Web at www.SonyPictures.com.