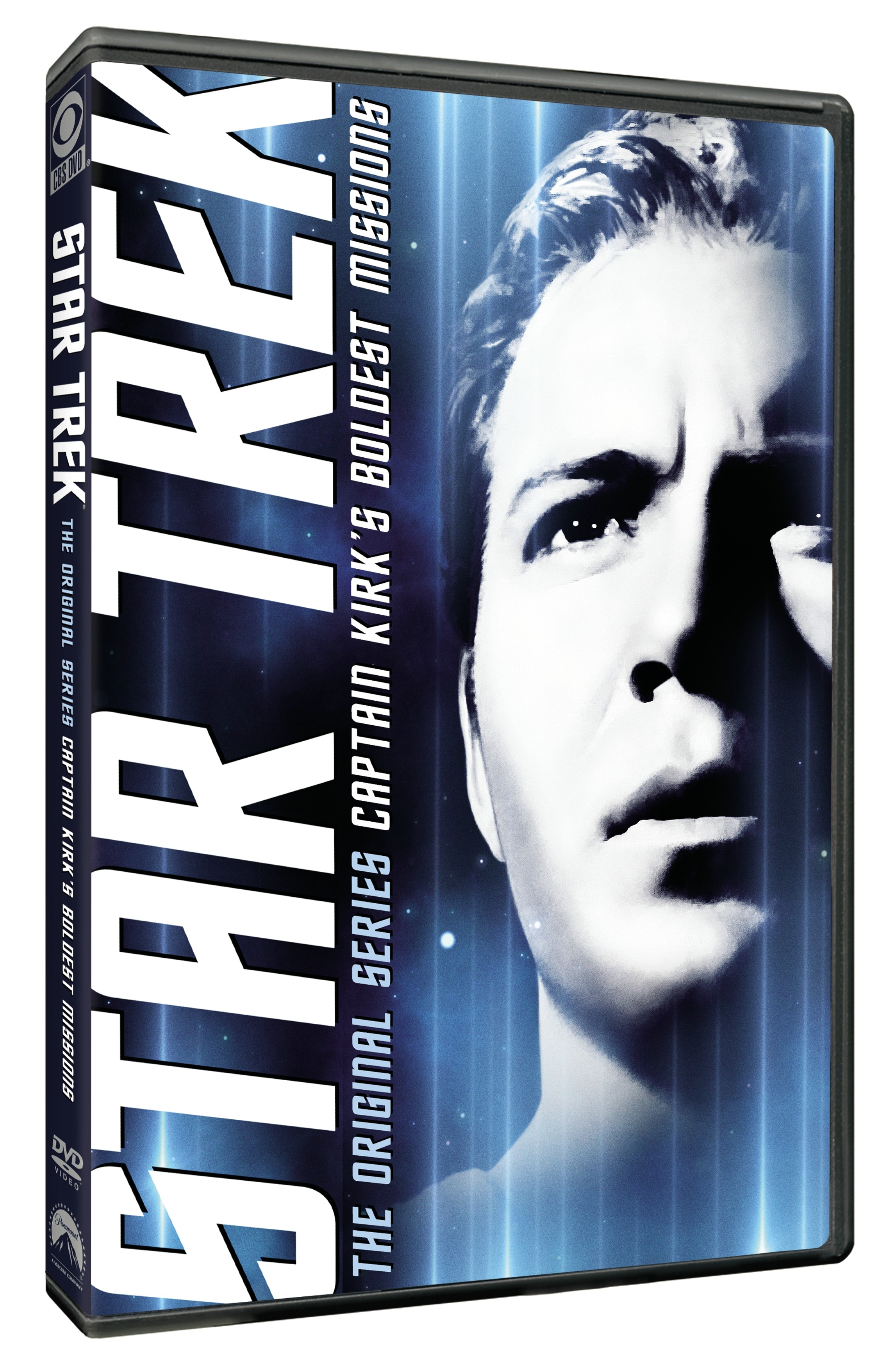 Relive some of Captain James Tiberius Kirk’s greatest adventures with the must-own collection Star Trek: The Original Series – Captain Kirk’s Boldest Missions. Famously portrayed by William Shatner, this collection carries some of the thrilling voyages, led by the seminal character of Kirk, which helped transform what was once a cult favorite science-fiction series into an iconic cultural touchstone. With missions ranging from an encounter with the mysterious Balok in “The Corbomite Maneuver” and attempting to rescue the survivors of a planet-killing machine from another galaxy in “The Doomsday Machine,” to the critically acclaimed, Hugo Award-winning “The City on the Edge of Forever,” this collection of eight heart-pounding adventures from the original Star Trek series will have you joining Captain Kirk and the Enterprise crew as they soar off on exciting quests and unforgettable encounters. Perfect for super fans, and those new to the Star Trek universe, Star Trek: The Original Series – Captain Kirk’s Boldest Missions features eight classic episodes as a two-disc set, along with bonus features that explore Kirk’s long-standing legacy.

The Corbomite Maneuver
The Conscience of the King
Balance of Terror
Space Seed
The City on the Edge of Forever
Mirror, Mirror
The Doomsday Machine
Return to Tomorrow

What makes a good Captain?
The Importance of the “Captain’s Log”
Captain Kirk’s Legacy
Introduction by William Shatner & Joan Collins