TO WRITE LOVE ON HER ARMS

A Portion of Net Proceeds will be Donated to the

TO WRITE LOVE ON HER ARMS Non-Profit Organization 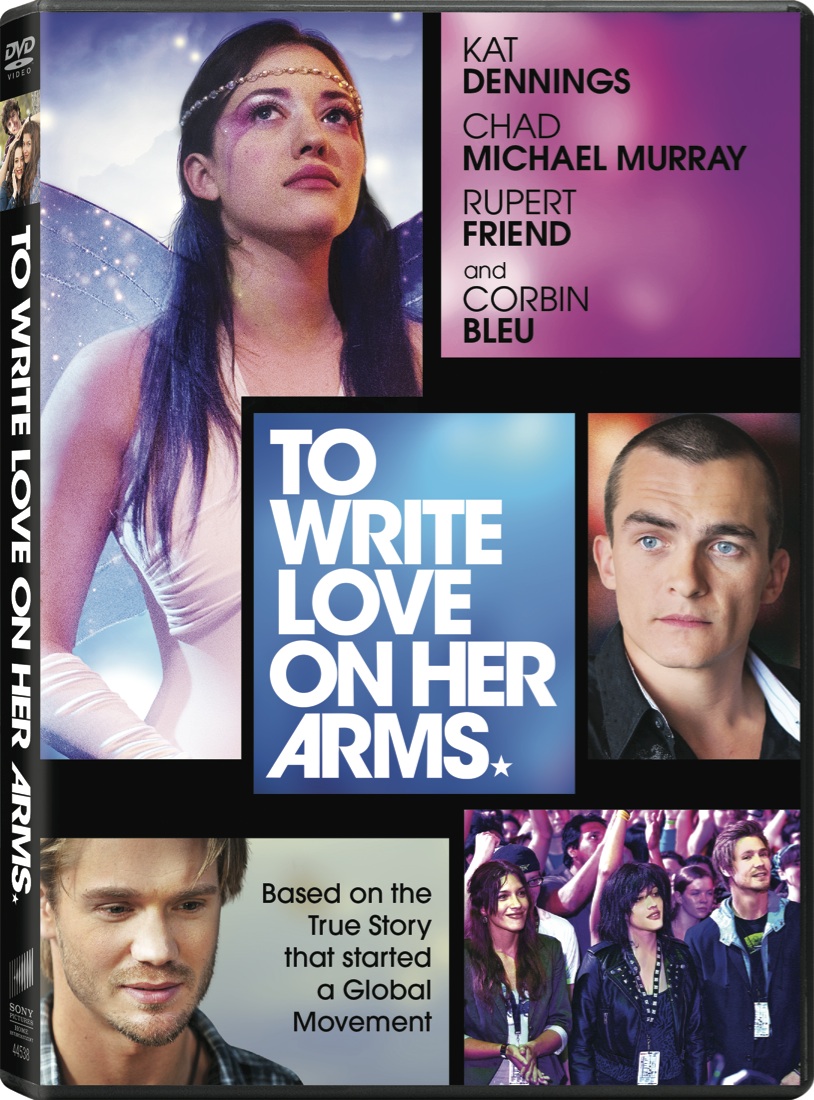 CULVER CITY, Calif. (Jan. 16, 2015) – Based on the inspiring, true story that started a global movement, TO WRITE LOVE ON HER ARMS debuts on DVD and Digital HD March 3 from
Sony Pictures Home Entertainment. Kat Dennings (“2 Broke Girls”) stars as Renee Yohe, a young woman who battles drugs and depression, which ultimately leads her on a journey to discover the value of friendship. Inspired by Renee’s path to recovery, Jamie Tworkowski (Chad Michael Murray, “One Tree Hill”) shares her story which leads to his founding of the non-profit organization To Write Love on Her Arms.

“This is a film about broken people loving broken people,” says Jamie Tworkowski, TWLOHA Founder and Author of the original To Write Love on Her Arms story. “Our hope is that it inspires honest conversations and leads to folks fighting for the friends around them. Our dream is that people might get help and even choose to stay alive as this story continues to be told.”

Based on the true story that started a global movement, TO WRITE LOVE ON HER ARMS presents a vision of hope, healing and redemption. Kat Dennings (“2 Broke Girls”) stars as Renee, a Florida girl who struggles with addiction and abuse. In a creative blend of artistic fantasy and music conflicted with hard reality, Renee discovers the value of genuine friendships and embarks on a daunting yet courageous journey towards recovery. The film also stars Chad Michael Murray, Rupert Friend and Corbin Bleu.

TO WRITE LOVE ON HER ARMS has a run time of about 118 minutes.  It is rated PG-13 for mature thematic content involving addiction and disturbing behavior throughout, and for brief language.

ABOUT TO WRITE LOVE ON HER ARMS

To Write Love on Her Arms is a non-profit movement dedicated to presenting hope and finding help for people struggling with depression, addiction, self-injury, and suicide. TWLOHA exists to encourage, inform, inspire, and also to invest directly into treatment and recovery. Since its start in 2006, TWLOHA has donated over $1.5 million directly into treatment and recovery and responded to more than 180,000 emails from 100 countries. http://www.twloha.com/.