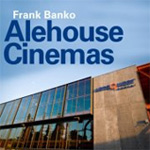 BETHLEHEM, PA—Robin Williams, one of the greatest comedic actors of our time, will be remembered during a special film series kicking off this weekend at ArtsQuest’s Frank Banko Alehouse Cinemas at SteelStacks. The Robin Williams Film Series will feature five classic movies starring the late actor and comedian, with a portion of the proceeds from each film going to support the Greater Lehigh Valley Chapter of the American Foundation for Suicide Prevention (AFSP).

“The loss of Robin Williams – especially in this way – is devastating. It proves that depression does not discriminate, and that money and success do not guarantee happiness,” says ArtsQuest Cinema & Comedy Programming Manager Ryan Hill.  “We need to be able to discuss depression freely and openly. Everyone at ArtsQuest hopes that by playing Robin’s films we raise a good amount of money to help AFSP in their quest to further this crucial conversation.”
The Frank Banko Alehouse Cinemas are a two-screen independent, foreign and art house cinema located in the ArtsQuest Center at SteelStacks, 101 Founders Way, Bethlehem. For tickets and more information, visit www.artsquest.org/film/.

For more information on the American Foundation for Suicide Prevention, visit www.afsp.org