FOR THE ULTIMATE TRANSFORMERS PRIME FAN

AND COMPLETE THEIR HOME ENTERTAINMENT COLLECTION! 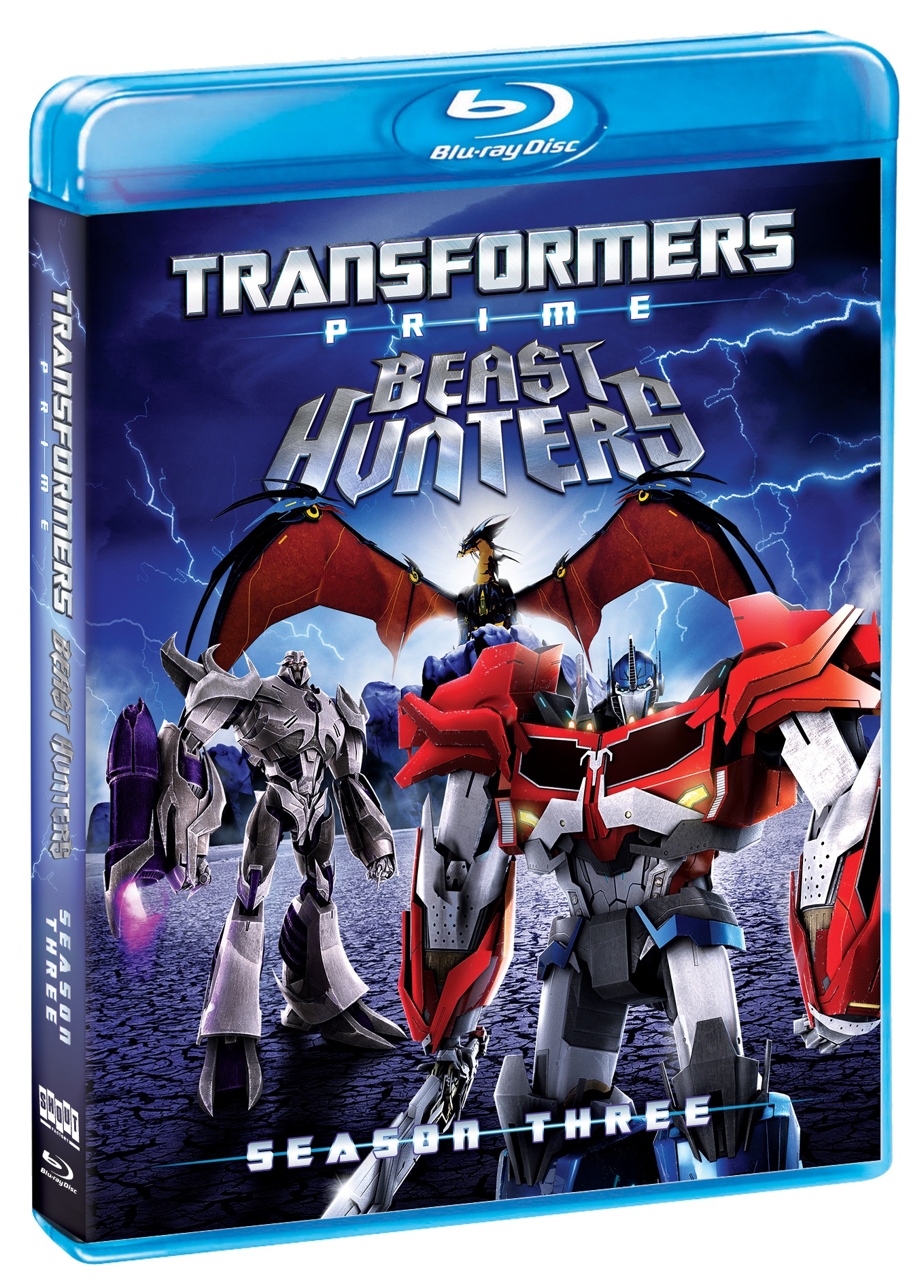 Viewers will see OPTIMUS PRIME and his team face their greatest challenge yet in a new foe dedicated to the destruction of the AUTOBOTS — and potentially, planet Earth. This is an essential collection for every fan, collectors and entire family to complete their TRANSFORMERS PRIME home entertainment library. The 2-Disc Blu-ray collection is priced to own at $24.97. The deluxe 2-DVD set is sold separately and has a suggested retail price of $19.93.

The epic battle with DECEPTICONS rages on as OPTIMUS PRIME leads his team of AUTOBOTS and three teenagers – Miko, Jack and Raf in a mission to defend earth and one day restore his home planet of CYBERTRON.  But DECEPTICONS’ power to reign over earth has never been greater. MEGATRON and his DECEPTICONS have destroyed AUTOBOTS’ base, scattering OPTIMUS PRIME and his heroic team to the wind and leaving them out of communication with one another.

Meanwhile, SHOCKWAVE has come to the side of his commander, bringing with him the newest DECEPTICON weapon, a brand new faction that could turn the tide of the war in MEGATRON’s favor.  Can the AUTOBOTS reunite in time to defeat MEGATRON and the DECEPTICONS once and for all? Or does this new weapon mean the end for the AUTOBOTS…and Earth? Find out in the final exciting season of the Emmy® Award-winning series TRANSFORMERS PRIME – BEAST HUNTERS!

Also available to own on Blu-ray and DVD:

Hasbro Studios is the Los Angeles-based entertainment division of Hasbro, Inc. (NASDAQ: HAS). The studio is responsible for entertainment brand-driven storytelling for the company across television, film, commercial productions and short-form. It develops, produces and distributes TV shows based on Hasbro’s world class brands, including TRANSFORMERS, MY LITTLE PONY, LITTLEST PET SHOP and FAMILY GAME NIGHT. Many of these shows air on Hub Network, a U.S. television network for kids and their families, that is a joint venture between Hasbro and Discovery Communications (NASDAQ: DISCA, DISCB, DISCK). Hasbro Studios shows can also be seen on networks in more than 170 countries globally.  Since its formation in 2009, the studio has received seven Daytime Emmy wins and 16 nominations.  On the film side, the studio is developing and producing a number of features based on Hasbro’s brands, including TRANSFORMERS 4 (Paramount), STRETCH ARMSTRONG (Relativity Media) and CANDY LAND (Sony).  The studio team also oversees the production of commercials that feature Hasbro’s brands as well production of short-form content that can be seen on all of the major digital and social media platforms globally.