GO BIG OR GO EXTINCT WHEN 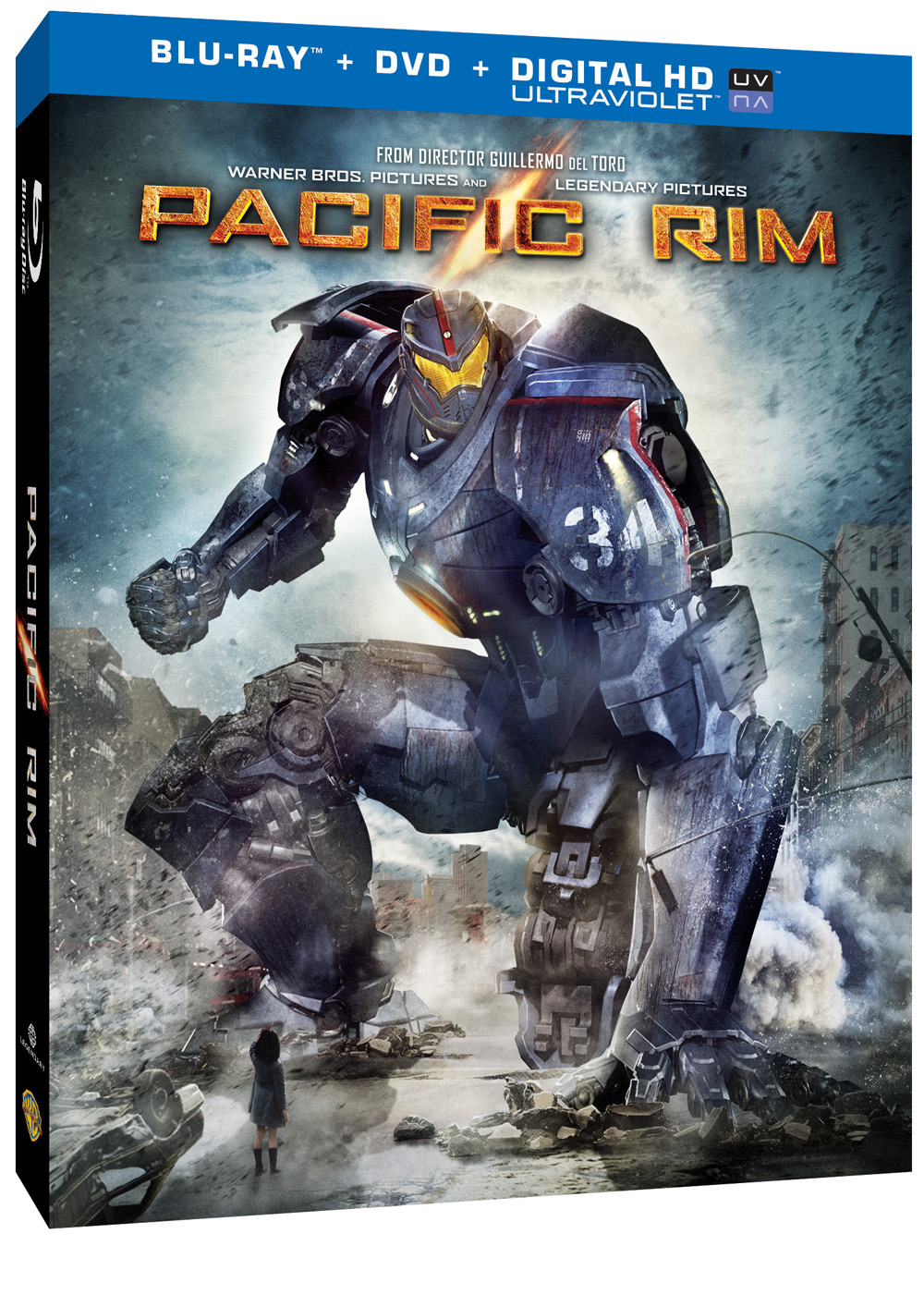 In “Pacific Rim,” legions of monstrous creatures, known as Kaiju, have started rising from the sea, beginning a war that takes millions of lives and consumes humanity’s resources for years on end. To combat the giant Kaiju, a special type of weapon was devised: massive robots, called Jaegers, which are controlled simultaneously by two pilots whose minds are locked in a neural bridge. But even the Jaegers are proving nearly defenseless in the face of the relentless Kaiju. On the verge of defeat, the forces defending mankind have no choice but to turn to two unlikely heroes – a washed up former pilot (Charlie Hunnam) and an untested trainee (Rinko Kikuchi) – who are teamed to drive a legendary but seemingly obsolete Jaeger from the past. Together, they stand as mankind’s last hope against the mounting apocalypse.

On October 15, “Pacific Rim” will be available for download in HD or standard definition from online retailers including but not limited to iTunes, Xbox, PlayStation, Amazon, Vudu, CinemaNow and more…

Rating: PG-13 for sequences of intense sci-fi action and violence throughout, and brief language

Warner Bros. Home Entertainment (WBHE) brings together Warner Bros. Entertainment’s home video, digital distribution and interactive entertainment businesses in order to maximize current and next-generation distribution scenarios. An industry leader since its inception, WBHE oversees the global distribution of content through packaged goods (Blu-ray Disc™ and DVD) and digital media in the form of electronic sell-through and video-on-demand via cable, satellite, online and mobile channels, and is a significant developer and publisher for console and online video game titles worldwide. WBHE distributes its product through third party retail partners and licensees, as well as directly to consumers through WBShop.com and WB Ultra.

Legendary Entertainment is a leading media company with film, television and comics divisions dedicated to owning, producing and delivering content to mainstream audiences with a targeted focus on the powerful fandom demographic. Last year Legendary completed an acquisition of Nerdist Industries, the leading pop culture multimedia company. Through complete or joint ownership, Legendary has built a library of marquee media properties and has established itself as a trusted brand which consistently delivers high-quality, commercial entertainment including some of the world’s most popular intellectual property. In aggregate, Legendary Pictures-associated productions have realized grosses of more than $7.2 billion worldwide at the box office. Upcoming highlights from Legendary’s slate include SEVENTH SON, directed by Sergei Bodrov; WARCRAFT; Legendary’s upcoming GODZILLA project, based on Toho Company’s famed character; and HOT WHEELS. Legendary recently announced it will produce Guillermo del Toro’s next feature film, CRIMSON PEAK. Most recently Legendary released PACIFIC RIM directed by Guillermo del Toro, MAN OF STEEL with partner Warner Bros. and will next release 300: RISE OF AN EMPIRE. Previous successful Legendary and Warner Bros. releases include the critically acclaimed INCEPTION ($823 million worldwide), as well as the global blockbusters THE DARK KNIGHT RISES ($1.1 billion worldwide) and THE DARK KNIGHT ($1 billion worldwide), THE HANGOVER PARTS I and II (over $1 billion worldwide total), CLASH OF THE TITANS ($493 million worldwide), and 300 ($456 million worldwide).