FEATURING MUSIC FROM ONE DIRECTION

Also Featuring The Voice Of Ariel Winter From “Modern Family” 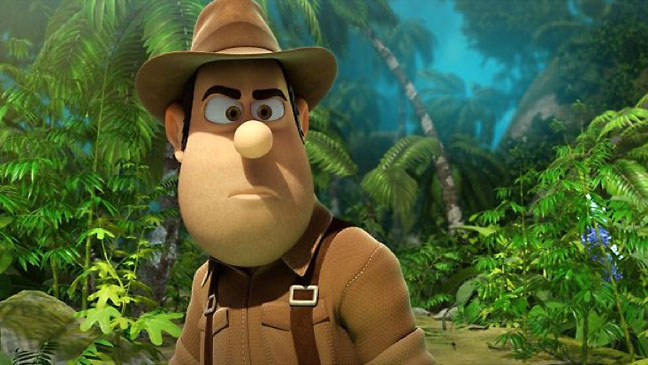 Construction worker Tad Stones often daydreams of an exciting life as an adventurer. One day, his dreams come true when he is mistaken for a famous archeologist and is whisked off to Peru while in possession of a sacred key. Soon Tad is caught in a thrilling race against evil treasure hunters as he joins a professor and his beautiful daughter in their search for the Lost City of Paititi.

A laugh-out-loud adventure that is perfect for the whole family, Tad: The Lost Explorer features music from the hugely popular boy band sensation One Direction, and will be available on Blu-ray 3D combo pack with DVD and single-disc DVD for the suggested retail price of $19.97 and $19.95, respectively. In addition, the film will be digitally available everywhere.

Tad is a bored construction worker dreaming of a life of adventure until one day he is mistaken for a famous archeologist and his dreams comes true.  Whisked to Peru holding a sacred key, Tad helps Professor Lavrof and his beautiful daughter Sara as they race against evil treasure hunters in search of the Lost City of Paititi.  It’s the adventure of a lifetime in this hilarious, action-packed film the whole family will love!