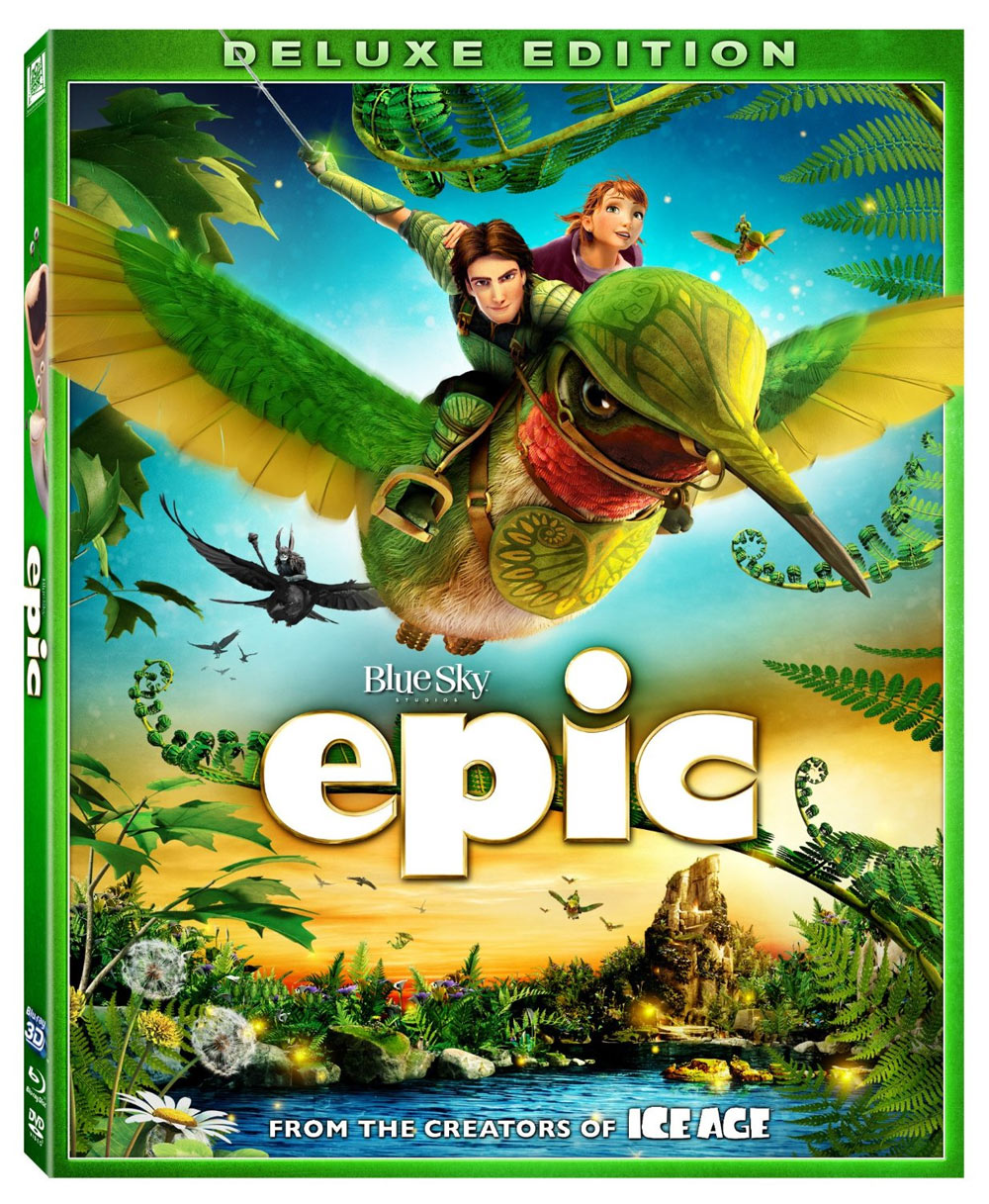 Transported to a magical world, a teenager (Amanda Seyfried) is recruited by a nature spirit, Queen Tara (Beyoncé Knowles), to help the “Leafmen” save their existence – and ours – from evil warriors. The whole family will love this fast-paced thrill-ride, with its astonishing animation and all-star voice cast that includes Colin Farrell, Oscar® Winner Christoph Waltz, and Steven Tyler!

Every Blu-ray and DVD comes with the Epic Coloring and Storybook Builder app. The app will allow kids to create their own Epic story and share it with family and friends.

The EPIC Blu-ray combo-pack includes Blu-ray, DVD and DigitalHD and comes complete with exclusives that will have kids both engaged and learning about the environment, just before heading back to school. With special features including an overview of what life as a person two inches tall would be like, to discovering all of the different bugs from the film, EPIC is the perfect gift for families to enjoy from summer to the holidays!

●Epic Coloring & Storybook Builder App – Color your own EPIC story with exclusive pages on your iOS or Android devices. Then become the story teller by recording your own voice and share on your television with family and friends ●Theatrical Trailer

Includes feature film on Blu-ray 3D and all of the features of the Blu-ray combo pack.

In addition, inside every Deluxe Edition Blu-ray, families will find 3 Epic Seed cards—so you can grow your own Epic Garden!