JASON CASTRO TO MAKE TV ACTING DEBUT IN THE UP ORIGINAL MOVIE, “THE PERFECT SUMMER,”

Soundtrack to Feature Several Songs by the Singer/Songwriter

Castro to Depart on “I am Second” Expedition to Colombia, South America, on July 12 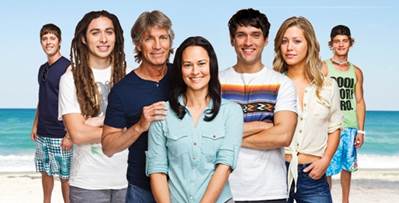 Nashville, TN – (July 10, 2013) –  Internationally-renowned singer-songwriter Jason Castro will make his TV acting debut when he appears in the UP original movie, “The Perfect Summer,” scheduled to air on the network on Saturday, July 13 and Sunday, July 14 at 7, 9 and 11 p.m. EDT. In the inspirational sun-and-surf family drama, which stars Academy, Emmy and Golden Globe nominee Eric Roberts (“The Dark Knight,” “The Expendables”) and Daytime Emmy nominee Sydney Penny (“All My Children,” “The New Gidget”), he takes on the role of Cody, the local surf shop owner. Several of his songs will also be featured on “The Perfect Summer” soundtrack. On July 11, Castro, who recently wrapped up a co-headlining tour with Ryan Cabrera, is scheduled to embark on a week-long expedition with “I am Second” to Colombia, South America. This fall he can be seen on Matthew West’s “Into the Light Tour” which will also feature label mates Sidewalk Prophets. Castro’s current single, “Rise To You,” and second from his recently released Word debut album, continues to scale the charts.

“The Perfect Summer,” directed by Gary Wheeler (“Somebody’s Child,” “The Heart of Christmas”) and written by Nathan Scoggins and Wheeler, was filmed over a two-week period this spring in Wrightsville Beach, North Carolina. In addition, the concept for the script was based around Castro after Wheeler and Word Records selected him as the perfect artist to joint venture a film around. “Making ‘The Perfect Summer’ was such an incredible experience that I cannot wait to share with the world,” said Castro. “The cast and crew were amazing to work with. Also, I am delighted that several songs from my new CD are used in the film. I hope everyone enjoys it!”

In the film fatherless teenager Jake (Adam Horner) is uprooted from Chicago by his mother who decides to move them to a small surfing town where her estranged father lives. Now stuck in a small town with no friends, he has nowhere to turn until Cody (Castro) reveals that Jake’s grandfather is a surf legend. Tired of feeling like an outcast and wanting to impress Katie, he asks his grandfather to teach him how to surf. Jake learns to face his fears and push through his inhibitions and realizes that winning the respect of his new peers means facing the biggest challenge of his life.

July 11 – 20 will see Castro in Colombia, South America, for an “I am Second” expedition. The movement is meant to inspire people of all kinds to live for God and for others and discover their purpose in life. “Jason has a long-standing relationship with the ‘I am Second’ movement and a short film about his personal story can be found at iamsecond.com,” commented John Humphrey, Director of Communications for “I am Second.” “This week he and his father are helping host an ‘I am Second’ Youth conference for nearly 2,000 students, telling Colombians about Jesus during the day and participating in ‘I am Second’ small groups in the evening. The expedition is organized e3 Partners, the parent ministry for ‘I am Second,’ which has worked with churches in Colombian outreach for nearly 20 years.”

Immediately following the trip, Castro will join up with Matthew West for his “Into the Light Tour” which departs on September 26 in Carlsbad, New Mexico. For further information and a complete list of tour dates visit www.jasoncastro.com.

Internationally-renowned recording artist and “American Idol” contestant Jason Castro has topped radio charts in multiple countries, including: Norway, Singapore and The Philippines. His self-titled debut album entered the Billboard Top 200 Album chart at No. 18. Throughout his career, Jason has appeared on television shows such as “TODAY,” “The Ellen DeGeneres Show,” “Access Hollywood” and “The Bachelor” and has appeared on the pages of Rolling Stone, USA Today and The New York Times. Castro just released his Word Entertainment debut album, Only A Mountain, January 15, 2013.