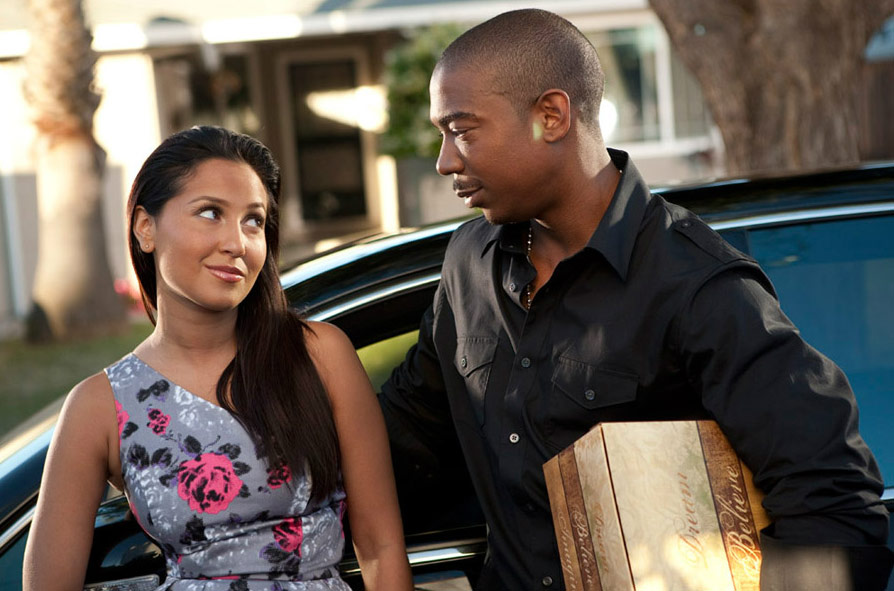 Based on a true story, the film stars Jeff “Ja Rule” Atkins who, as a successful entrepreneur haunted by a criminal past and surrounded by old friends still “in the life,” finds faith, redemption and inspiration when God puts a woman of faith (Adrienne Bailon) in his life. Rounding out the cast are Stephen Baldwin, Vincent Pastore, Michael Madsen, T-Bone, Martin Kove and TobyMac, with Steve Race directing.

“We are extremely pleased to have been able to put together such a world-class team for our very first film,” said Galley Molina, CEO of Reverence Gospel Media. “When you start with the people at Gaiam Vivendi Entertainment, Geno Taylor at GVN Releasing, Cindy Bond at Mission Pictures, Corby Pons and Erik Lokkesmoe at Different Drummer – this is the team that will help us share this powerful story with audiences around the world.”

Molina wrote “I’M IN LOVE WITH A CHURCH GIRL” and has produced the film alongside Christian music superstar and RGM vice president Israel Houghton, who also contributed to the “Church Girl” soundtrack.

Houghton, who also shares screenplay credit on Reverence Gospel Media’s next two films, is a multiple Grammy, Stellar and Dove Award winner, and was honored most recently at the 2013 Grammys with the award for Best Christian Music Song. Israel is also a Worship Leader at Lakewood Church in Houston, Texas – the largest congregation in the United States, where he serves alongside “America’s Pastor” Joel Osteen.

“We feel extraordinarily blessed to have been able to make this movie and can’t wait to see the impact it has on people’s lives,” said Houghton. “This is completely unlike any ‘faith-based’ movie anyone has ever seen. The characters face believable situations with real faith in a real God.”

“I’ve seen this movie, and am both moved and inspired by the story, the characters, and the quality of both movie and music,” said Donnie McClurkin, Grammy Award-winning Gospel artist and Senior Pastor of the Perfecting Faith Church in Freeport, NY. “This is not what people have come to expect from Christian films, and I know it will resonate deeply with viewers – even those who would never have gone anywhere near a movie that touches on the subject of faith.

“I’M IN LOVE WITH A CHURCH GIRL” will be distributed in the United States by High Top Releasing.

For more about “I’M IN LOVE WITH A CHURCH GIRL,” visit www.iminlovewithachurchgirl.com

Reverence Gospel Media (“RGM”) creates God-glorifying, life-impacting projects across the creative spectrum, including film, television, music, live concerts and events, with each division managed jointly by both RGM founder Galley Molina and Israel Houghton. The company has completed its first film, “I’m In Love With a Church Girl,” slated for release September 20, 2013. Shooting on a second feature begins later this year, and 2013 will also see a new, live CD/DVD from Darlene Zschech, a Spanish-language version of “Jesus at The Center” from Israel Houghton, a new release from T-Bone as well as projects for television, concerts and comedy. The first release from RGM-New Breed Music, Israel Houghton’s “Jesus at The Center,” was recently honored with a Grammy Award for “Best Christian Contemporary Song” for “Your Presence Is Heaven.” For more information, visit www.rgmusa.com.