STAR IN THE COLORFUL UP PREMIERE MOVIE 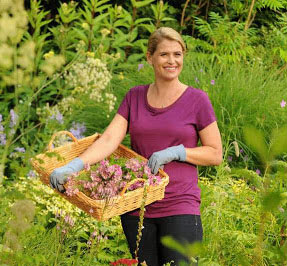 In The Bouquet, two estranged sisters torn apart by their differences suddenly find themselves working together towards a common goal in this heartwarming family drama.  For years, overachiever Terri (Kristy Swanson) and her idealistic sister, Mandy (Alberta Mayne), have kept their distance from each other, as well as from their parents’ struggling floral business.  But when a tragic turn of events brings both women home, they discover just how much they need one another in order to keep the family legacy going.  Filled with romance, humor and hope, it’s an endearing story about making time for the ones you love.  Stars: Kristy Swanson, Michael Shanks, Nicola Cavendish, Alberta Mayne, Jeremy Guilbaut, Stephen E. Miller and Danny Glover.

“The Bouquet is a fresh, funny film about how family priorities can change, which sometimes can help those relationships to flourish,” said says Leslie Glenn Chesloff, UP’s executive vice president of programming.  “UP is proud to keep bringing beautiful, uplifting films with popular, high-profile casts to our multi-cultural and multi-generational audience.”

For bios and more information, please go to www.uptv.com/movies/the-bouquet.  A screener link and photos are available at www.UPtv.com/TheBouquetPressRoom.

The Bouquet is produced by Nasser Group North and is directed by Anne Wheeler.

Nasser Entertainment (http://www.moviesfortv.com/) is an industry leader in film and television production.  Our mission is to create quality entertainment in all genres while giving a voice to Independent filmmakers. Our credits include numerous award-winning and internationally distributed projects.

UP, (www.UPtv.com) based in Atlanta, is America’s favorite network for uplifting family entertainment. The network presents original and acquired movies, series, stage plays and music specials along with gMovies, the first faith-friendly streaming movie service. The UP brand is reflected in “Uplift Someone,” the network’s successful pro-social initiative.  UP can be seen in more than 62 million homes on major cable systems including Comcast, Time Warner Cable, Cox Communications and Charter Communications, as well as DIRECTV on channel 338, DISH Network on channel 188, and Verizon FiOS on channel 224.   Follow UP on Facebook & Twitter http://facebook.com/UPtv & @UPtv.