DARK SECRETS WILL COME TO LIGHT WHEN

ON MAY 21 FROM WARNER BROS. HOME ENTERTAINMENT GROUP

Over 30 minutes of Bonus Features! 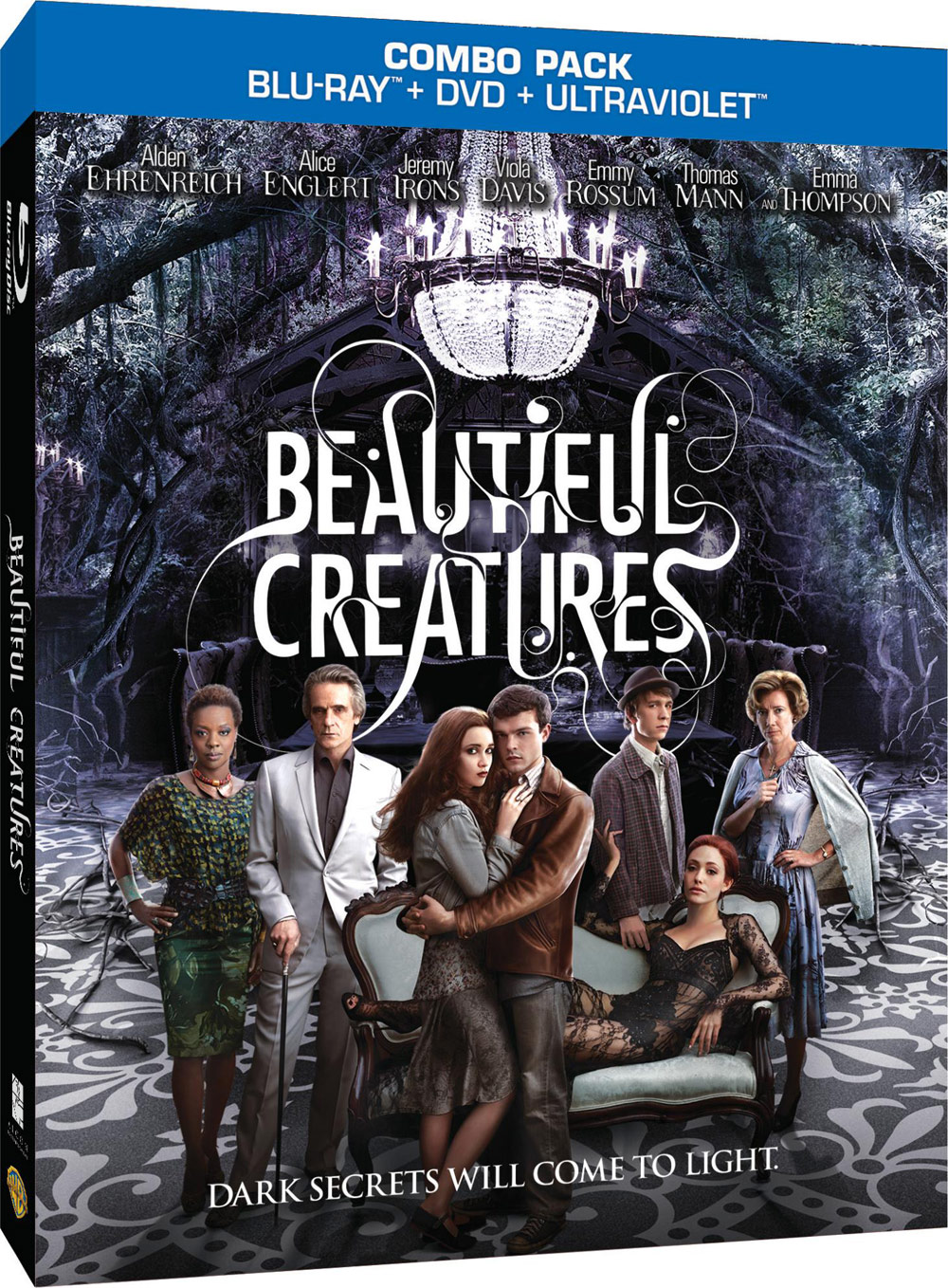 Burbank, CA, March 19, 2013 – An electrifying love story unfolds as “Beautiful Creatures” arrives onto Blu-ray Combo Pack, DVD and Digital Download on May 21, 2013 from Warner Home Entertainment Group. Directed by Oscar® nominee Richard LaGravenese (“The Fisher King,” “P.S. I Love You”), “Beautiful Creatures” takes you on a supernatural journey as two high school students pursue a tantalizing forbidden romance that leads them into a tangled web of spells and peril from which there may be no escape.

A supernatural love story set in the South, “Beautiful Creatures” tells the tale of two star-crossed lovers: Ethan (Ehrenreich), a young man longing to escape his small town, and Lena (Englert), a mysterious new girl. Together, they uncover dark secrets about their respective families, their history and their town.

On May 21, 2013, “Beautiful Creatures” will be available for download from online retailers including iTunes, Xbox, PlayStation, Amazon, Vudu and CinemaNow.

The film will also available digitally in High Definition (HD) VOD and Standard Definition (SD) VOD from cable and satellite providers, and on select gaming consoles.

*UltraViolet allows you to collect, watch and share movies and TV shows in a whole new way. Available with the purchase of specially marked Blu-ray discs, DVDs and Digital Downloads, UltraViolet lets you create a digital collection of movies and TV shows.  Services such as Flixster and VUDU allow you to instantly stream and download UltraViolet content across a wide range of devices including computers and compatible tablets, smartphones, game consoles, Internet-connected TVs and Blu-ray players.  Restrictions and limitations apply.  Go to ultraviolet.flixster.com/info for details.  For more information on compatible devices go to wb.com/ultravioletdevices.

Rating: PG-13 for violence, scary images and some sexual material