Just in Time for Mother’s Day, the Mother of All Road Trips Debuts
on Blu-ray™ and DVD April 30, 2013 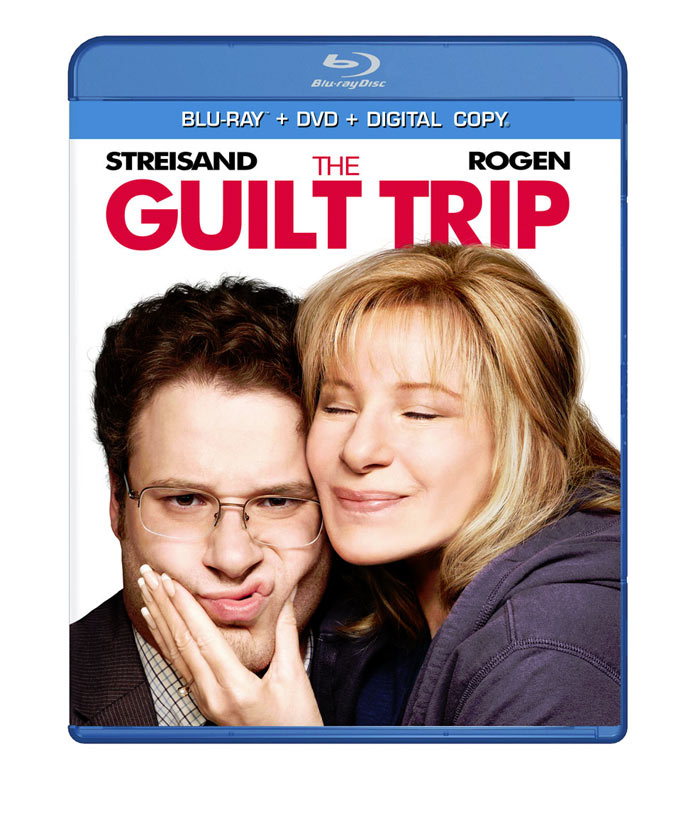 HOLLYWOOD, Calif.  – The “hilarious and heartfelt” (Shawn Edwards, Fox-TV) story of one man’s cross-country road trip with his mother, THE GUILT TRIP hits the road on
Blu-ray, DVD, Digital Download and On Demand April 30, 2013 from Paramount Home Media Distribution.   Screen legend Barbra Streisand and comic master Seth Rogen “are the perfect comedy duo” (Shawn Edwards, Fox-TV) in director Anne Fletcher’s (The Proposal) delightful and heartwarming comedy that is “packed with laugh-out-loud moments” (Meriah Doty, Yahoo! Movies).  As inventor Andy Brewster (Rogen) is about to embark on a road trip to sell his latest product, he feels compelled to invite his mother, Joyce (Streisand), along for the ride.  Across 3,000 miles of adventure and antics both Andy and Joyce discover that while they have their differences, they also have more in common than they ever realized.

An ideal gift to share with your mom on Mother’s Day, THE GUILT TRIP will be available in a Blu-ray/DVD combo pack with UltraViolet™.  The two-disc set comes packed with over an hour of hilarious bonus features including featurettes on Barbra and Seth, a look inside Barbra’s world, an alternate opening and ending, over 10 deleted scenes and an uproarious gag reel.  The film will also be available as a single-disc DVD.

The Blu-ray release available for purchase will be enabled with UltraViolet, a new way to collect, access and enjoy movies.  With UltraViolet, consumers can add movies to their digital collection in the cloud, and then stream or download them – reliably and securely – to a variety of devices.

Canadian Rating:       PG for language that may offend, coarse language and mature theme