A PRODUCTION OF NEW LINE CINEMA

AND ON BLU-RAYÔ COMBO PACK,

Unlock a Sneak Peek of

“The Hobbit: The Desolation of Smaug”

on March 24 When You Purchase the Movie on Blu-ray, DVD and Digital Download at Select Digital Retailers 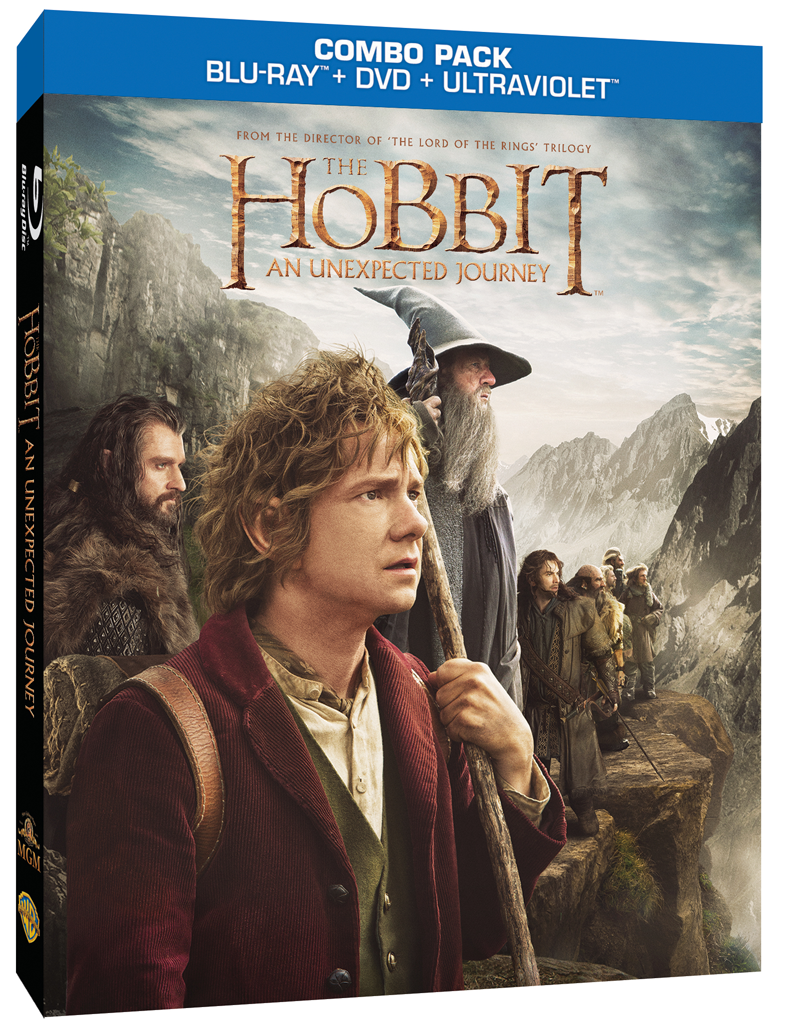 Burbank, CA, February 5, 2013 – From Academy Award®-winning filmmaker Peter Jackson comes “The Hobbit: An Unexpected Journey,” a production of New Line Cinema and Metro-Goldwyn-Mayer Pictures (MGM), arriving on Digital Download on March 12  and on Blu-ray Combo Pack, Blu-ray 3D Combo Pack and 2-Disc DVD Special Edition on March 19  from Warner Bros. Home Entertainment. All disc versions feature UltraVioletÔ and more than 130 minutes of bonus content. The first of a trilogy of films adapting the enduringly popular masterpiece The Hobbit, by J.R.R. Tolkien, “The Hobbit: An Unexpected Journey,” which is nominated for three Academy Awards*, is an epic adventure that immerses audiences once again in the fantastical world of Middle-earth. The March 19 home entertainment release will be followed by an Extended Edition available just in time for the holidays.

In addition, Peter Jackson will host a live first look at “The Hobbit: The Desolation of Smaug,” the second film in The Hobbit Trilogy, on Sunday, March 24 at 3:00 p.m. Eastern/Noon Pacific. Content will be streamed live and an edited version will be archived on the Trilogy’s official website. Access to the live event will be limited to holders of an UltraViolet code available by purchasing “The Hobbit: An Unexpected Journey” Blu-ray Combo Pack, Blu-ray 3D Combo Pack or 2-Disc Special Edition DVD. Select digital retailers will issue access codes upon purchase of the film.  Visit www.thehobbit.com/sneak for more information.

The screenplay for “The Hobbit: An Unexpected Journey” is by Fran Walsh & Philippa Boyens & Peter Jackson & Guillermo del Toro, based on the novel by J.R.R. Tolkien. Jackson also produced the film, together with Carolynne Cunningham, Zane Weiner and Fran Walsh. The executive producers are Alan Horn, Toby Emmerich, Ken Kamins and Carolyn Blackwood, with Boyens and Eileen Moran serving as co-producers.

New Line Cinema and Metro-Goldwyn-Mayer Pictures Present a WingNut Films Production, “The Hobbit: An Unexpected Journey.” All three films in “The Hobbit” Trilogy, also including “The Hobbit: The Desolation of Smaug,” and the final film, “The Hobbit: There and Back Again,” are productions of New Line Cinema and Metro-Goldwyn-Mayer Pictures (MGM), with New Line managing production. Warner Bros. Pictures is handling worldwide theatrical distribution, with select international territories as well as all international television distribution being handled by MGM.

The adventure follows the journey of title character Bilbo Baggins, who is swept into an epic quest to reclaim the lost Dwarf Kingdom of Erebor from the fearsome Dragon Smaug. Approached out of the blue by the Wizard Gandalf the Grey, Bilbo finds himself joining a company of 13 Dwarves led by the legendary warrior, Thorin Oakenshield. Their journey will take them into the Wild, through treacherous lands swarming with Goblins, Orcs and deadly Wargs, as well as a mysterious and sinister figure known only as the Necromancer.

Although their goal lies to the East and the wastelands of the Lonely Mountain, first they must escape the Goblin tunnels, where Bilbo meets the creature that will change his life forever…Gollum.

Here, alone with Gollum, on the shores of an underground lake, the unassuming Bilbo Baggins not only discovers depths of ingenuity and courage that surprise even him, he also gains possession of Gollum’s “precious” ring that holds unexpected and useful qualities…A simple, gold ring that is tied to the fate of all Middle-earth in ways Bilbo cannot begin to know.

On March 12, “The Hobbit: An Unexpected Journey” will be available for download from online retailers including iTunes, Xbox, PlayStation, Amazon, Vudu and CinemaNow.

On March 19, the film will also available digitally in High Definition (HD) VOD and Standard Definition (SD) VOD from cable and satellite providers, and on select gaming consoles.

*UltraViolet allows you to collect watch and share movies and TV shows in a whole new way.  Available with the purchase of specially marked Blu-ray discs, DVDs and Digital Downloads, UltraViolet lets you create a digital collection of movies and TV shows.  Services such as Flixster and VUDU allow you to instantly stream and download UltraViolet content across a wide range of devices including computers and compatible tablets, smartphones, game consoles, Internet-connected TVs and Blu-ray players.  Restrictions and limitations apply.  Go to www.ultraviolet.flixster.com/info for details.  Learn about VUDU compatible devices at www.vudu.com. 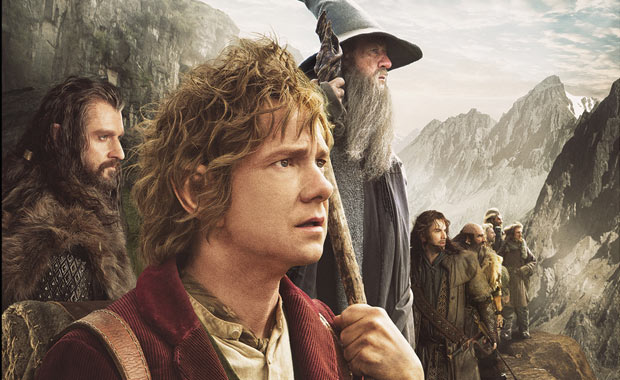 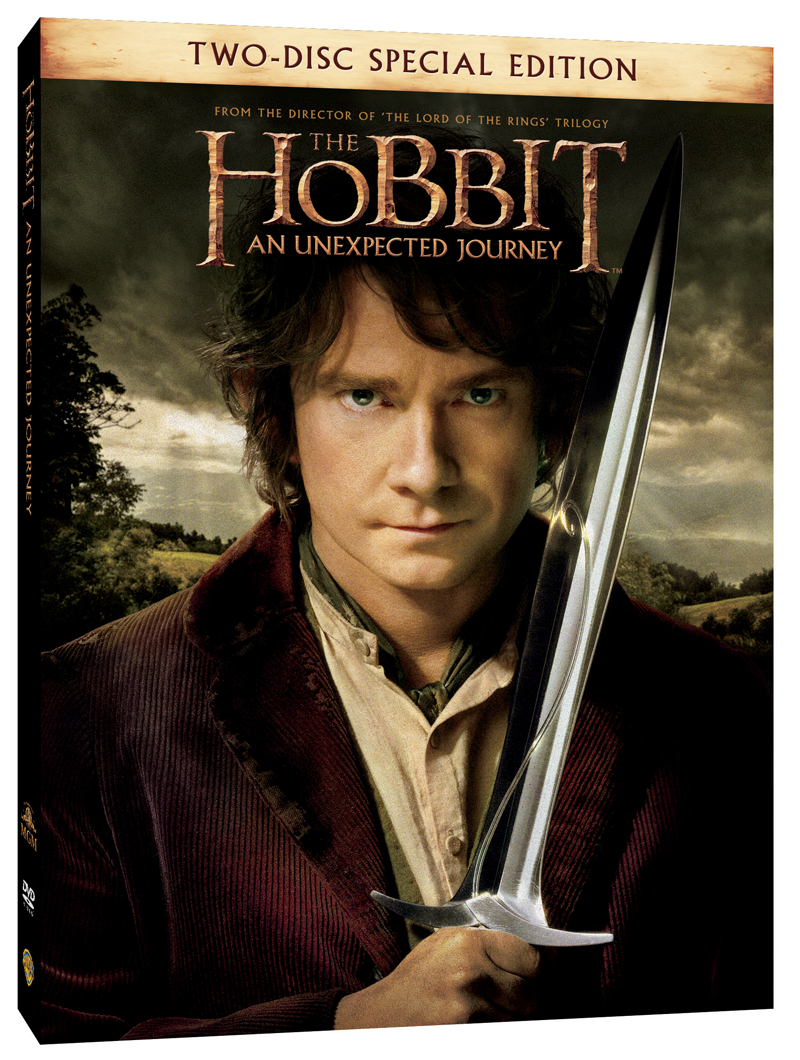