JESSE STONE:
BENEFIT OF THE DOUBT 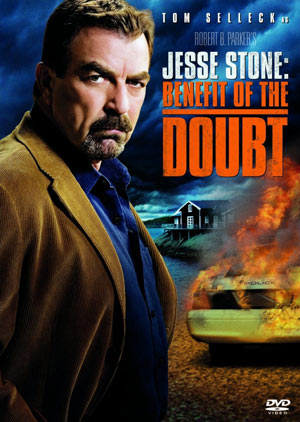 JESSE STONE: BENEFIT OF THE DOUBT originally aired on CBS May 20 with 12.8 million viewers. The TV movie is directed by Robert Harmon. The screenplay, based on characters created by Robert B. Parker, is written by Tom Selleck and Michael Brandman.

The chief is back on the job. When a shocking double homicide rocks the quiet coastal town of Paradise, Massachusetts, Stone is forced back into action. With his police department nearly emptied of staff, he has to rely on his expert intuition to sort through a maze of misleading clues as he attempts to unravel two mysterious murders.

JESSE STONE: BENEFIT OF THE DOUBT is not rated. The DVD has a run time of approximately 89 minutes.

Emmy® is a registered trademark of ATAS/NATAS.