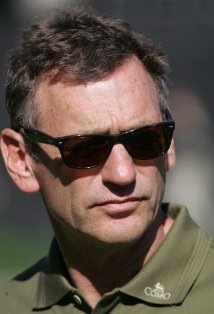 LOS ANGELES, Calif. (February 14, 2012) – Mission Pictures International is proud to announce the signing of a three-picture production deal with Rick Bieber, writer/director and producer of Golden Crescent Best Film award-winning movie, The 5th Quarter. Alongside co-producers Cindy Bond and Chevonne O’Shaughnessy, Rick will be writing and directing all three films.

Rick recently completed the feature film, The 5th Quarter, starring Aidan Quinn, Andie McDowell and Ryan Merriman. The film released in theaters nationwide on March 27, 2011 and later was distributed through Fox Home Entertainment. The 5th Quarter (www.the5thquartermovie.com) is based on the Abbate Family’s inspirational true story, centering on the tragic and fatal car crash that took the life of Jon Abbate’s fifteen year old brother Luke. Wearing Luke’s number 5 jersey, Jon leads his underdog Wake Forest Demon Deacons to the ACC Championship and most successful season in their 105 year-old history. The inspirational film garnered over a dozen festival awards and has been endorsed by The Dove Foundation.

“I was immediately drawn to Cindy and Chevonne’s shared belief that important movies can not only entertain, but teach and hopefully inspire as well,” says Bieber. “They have been great partners, and I’m very excited about now extending our relationship to include co-producing a new slate of films together.”

In addition to his heart-wrenching masterpiece, The 5th Quarter, Bieber also directed, co-wrote and produced the feature film, Crazy, an inspiring story about the legendary guitarist, Hank Garland. Crazy stars actor Waylon Payne seen in Walk the Line and Heroes star Ali Larter. A testament to Bieber’s vision, is the collection of seventeen major festival awards, including eleven Best Picture nods for Crazy.

Founded in 2008 by Cindy Bond and Chevonne O’Shaughnessy, MPI’s primary focus and commitment is to create and build a trusted and vibrant brand of entertaining and life-affirming feature film and television programming. With our unique vision, passion and expertise we are able to strategically and effectively maximize our brand within the global marketplace. We achieve this goal by combining the power of our mainstream buyers, distributors and output deals with our international Christian retailers, distributors and global ministry relationships.