DEEP IN THE HEART,

THE INSPIRATIONAL STORY OF RICHARD WALLRATH,

OPENS THROUGHOUT TEXAS ON FEBRUARY 17

Film tells the redemptive story of the man who is the largest contributor to Texas 4H and FFA, and proves that everyone deserves a second chance. 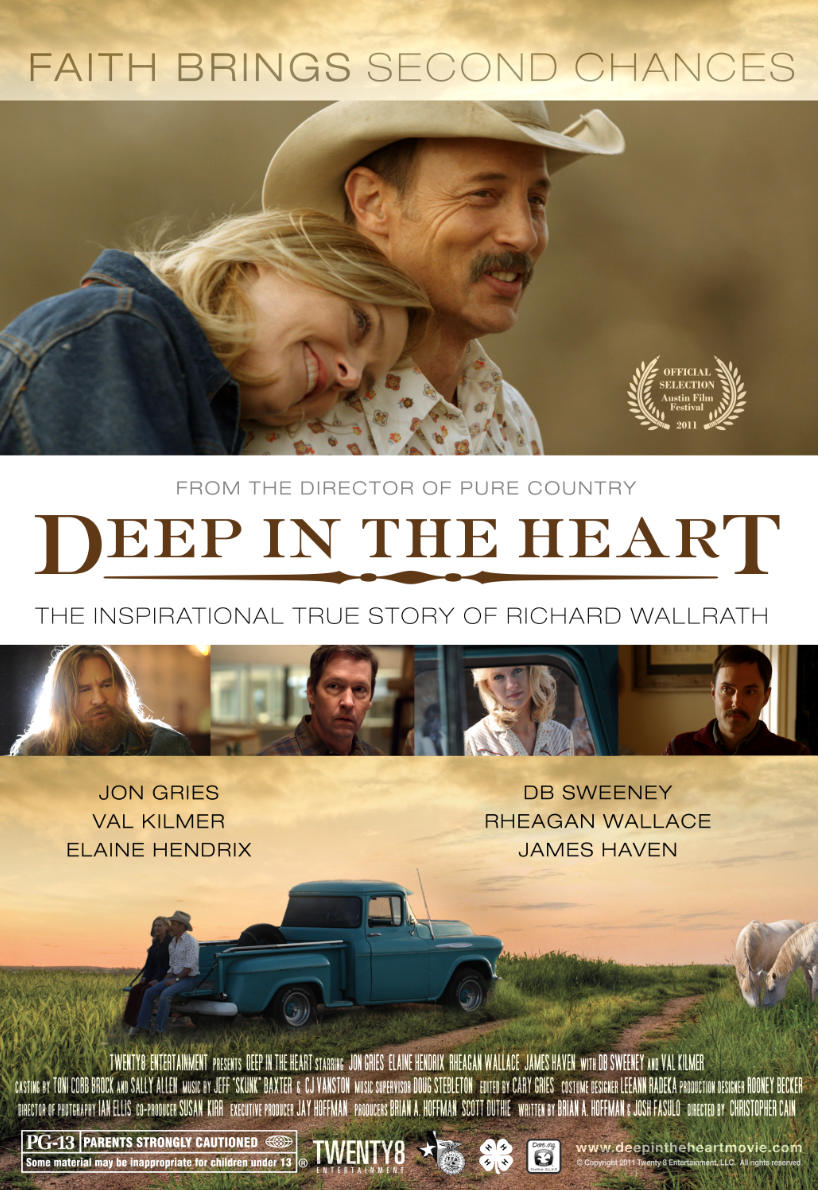 DEEP IN THE HEART, the theatrical length film about the story of Richard Wallrath, opens throughout Texas on February 17.

Wallrath had hit rock bottom.  His personal demons had cost him everything, his family, his job, his hope, until Dick discovered a strong family and the love of his children were the true measure of a man’s worth.  With a new-found faith, a sober lifestyle and AA meetings to keep him in line, Wallrath and his sons created a successful business and became the highest all-time individual donor to Texas 4-H and FFA, creating educational scholarships for deserving teens.

“I was personally inspired by the story of Mr. Wallrath,” explains Brian, who not only produced the film, but wrote it as well. “I felt the need to share it, in the hope that it can inspire people, not to be perfect, but to be the best they can be.”

Tom Maynard, the Executive Director for the Texas FFA Association, calls the film “Compelling. Inspiring!  It’s impossible to walk away from the film unaffected.”

DEEP IN THE HEART is rated PG-13 and will release February 17, 2012, distributed by Arc Entertainment.  For a full list of theaters, check out the official website – deepintheheartmovie.com

One thought on ““Deep in the Heart,” the story of Richard Wallrath, opens February 17”