Los Angeles, CA (January 9, 2012) – Another round of MGM must-see fan favorites comes to Blu-ray January 24, 2012 from Twentieth Century Fox Home Entertainment. Five classics make this month’s new-to-Blu-ray releases some of the most exciting yet. 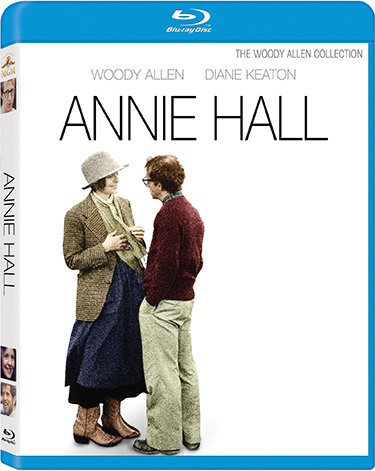 Considered to be “Woody Allen’s breakthrough movie” (Time), Annie Hall won four ACADEMY AWARDS® ® including Best Picture and established Allen as the premier auteur filmmaker. Thought by many critics to be Allen’s magnum opus, Annie Hall confirmed that Allen had “completed the journey from comic to humorist, from comedy writer to wit [and] from inventive moviemaker to creative artist” (Saturday Review).

Alvy Singer (Allen) is one of Manhattan’s most brilliant comedians, but when it comes to romance, his delivery needs a little work. Introduced by his best friend, Rob (Tony Roberts), Alvy falls in love with the ditzy but delightful nightclub singer Annie Hall (Diane Keaton). When Alvy’s own insecurities sabotage the affair, Annie is forced to leave Alvy for a new life – and lover (Paul Simon) – in Los Angeles. Knowing he may have lost Annie forever, Alvy’s willing to go to any lengths – even driving L.A.’s freeways – to recapture the only thing that ever mattered…true love. 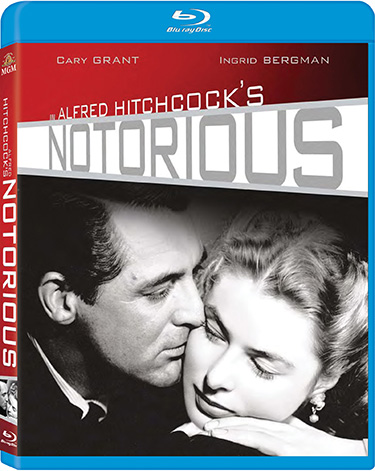 From legendary director Alfred Hitchcock comes this “torrid, tense, tinglingly suspenseful” (Cosmopolitan) film that ranks as one of his best. ACADEMY AWARD® Winner Ingrid Bergman* “is literally ravishing” (Pauline Kael), and Cary Grant and Claude Rains give “excellent performances” (Variety) in this “taut spy movie that delivers a romantic punch” (The New Yorker).

When troubled beauty Alicia Huberman (Bergman) is recruited by American agent Devlin (Grant) to infiltrate a German spy ring in postwar Rio, she accepts…but soon finds herself falling in love with Devlin. And when she receives orders to seduce a Nazi kingpin (Rains), Alicia must sacrifice the only happiness she’s ever known for a perilous mission that could ultimately cost her and Devlin their lives. 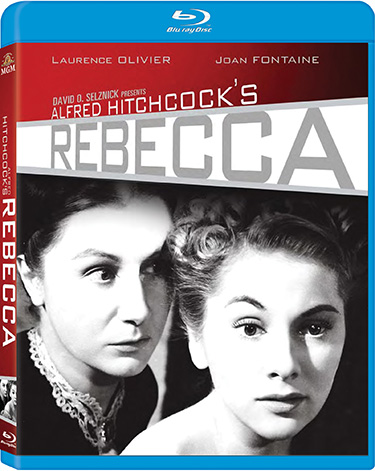 After a whirlwind romance, mysterious widower Maxim de Winter (Olivier) brings his shy, young bride (Fontaine) home to his imposing estate, Manderley. But the new Mrs. de Winter finds her married life dominated by the sinister, almost spectral influence of Maxim’s late wife: the brilliant, ravishingly beautiful Rebecca, who, she suspects, still rules both Manderley and Maxim from beyond the grave! 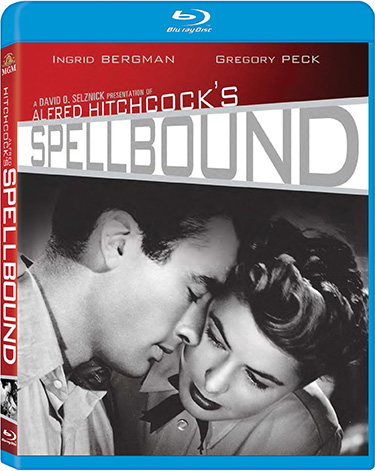 “The secret recesses of the mind are explored with brilliant and terrifying effect” (New York Herald Tribune) in this fascinating psychological thriller from Alfred Hitchcock. Featuring powerful performances from Ingrid Bergman and Gregory Peck, this masterpiece of mystery, romance and suspense boasts an ACADEMY AWARD® -Winning score by Miklos Rozsa and a haunting dream sequence by Salvador Dalí.

Dr. Constance Peterson (Bergman) is a dedicated psychiatrist who puts all her passion into her work — until she falls in love with Dr. Edwardes (Peck). Unfortunately, it soon becomes clear that Edwardes is an impostor — an amnesiac — who may or may not be a cold-blooded murderer. Pursued by the police, Constance must decide whether to turn in her mysterious lover…or risk her life by trying to unlock the dark secrets in his mind. 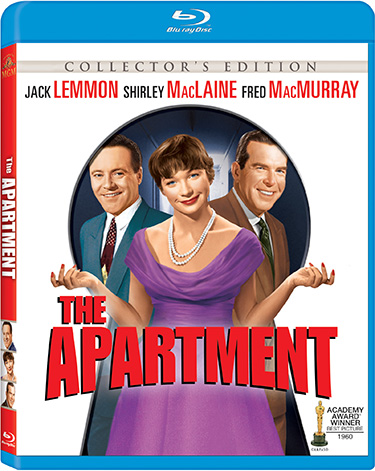 Winner of five 1960 ACADEMY AWARDS®, including Best Picture, The Apartment is legendary director Billy Wilder at his most scathing and satirical best. With audio commentary from film producer and AFI member Bruce Block and two featurettes— including a loving tribute to actor Jack Lemmon—this special Collector’s Edition is your chance to own one of “the finest comedies Hollywood has turned out” (Newsweek)!

C.C. Baxter (Lemmon) knows the way to success in business…it’s through the door of his apartment! By providing a perfect hideaway for philandering bosses, the ambitious young employee reaps a series of undeserved promotions. But when Bud lends the key to big boss J.D. Sheldrake (Fred MacMurray), he not only advances his career, but his own love life as well. For Sheldrake’s mistress is the lovely Fran Kubelik (Shirley MacLaine), elevator girl and angel of Bud’s dreams. Convinced that he is the only man for Fran, Bud must make the most important executive decision of his career: lose the girl…or his job.