Blu-ray 3D™, Blu-ray and DVD, and in a 2-Disc Blu-ray/DVD Combo with Over an Hour of Exciting Bonus Material, Including an Exclusive Look into Marvel’s The Avengers 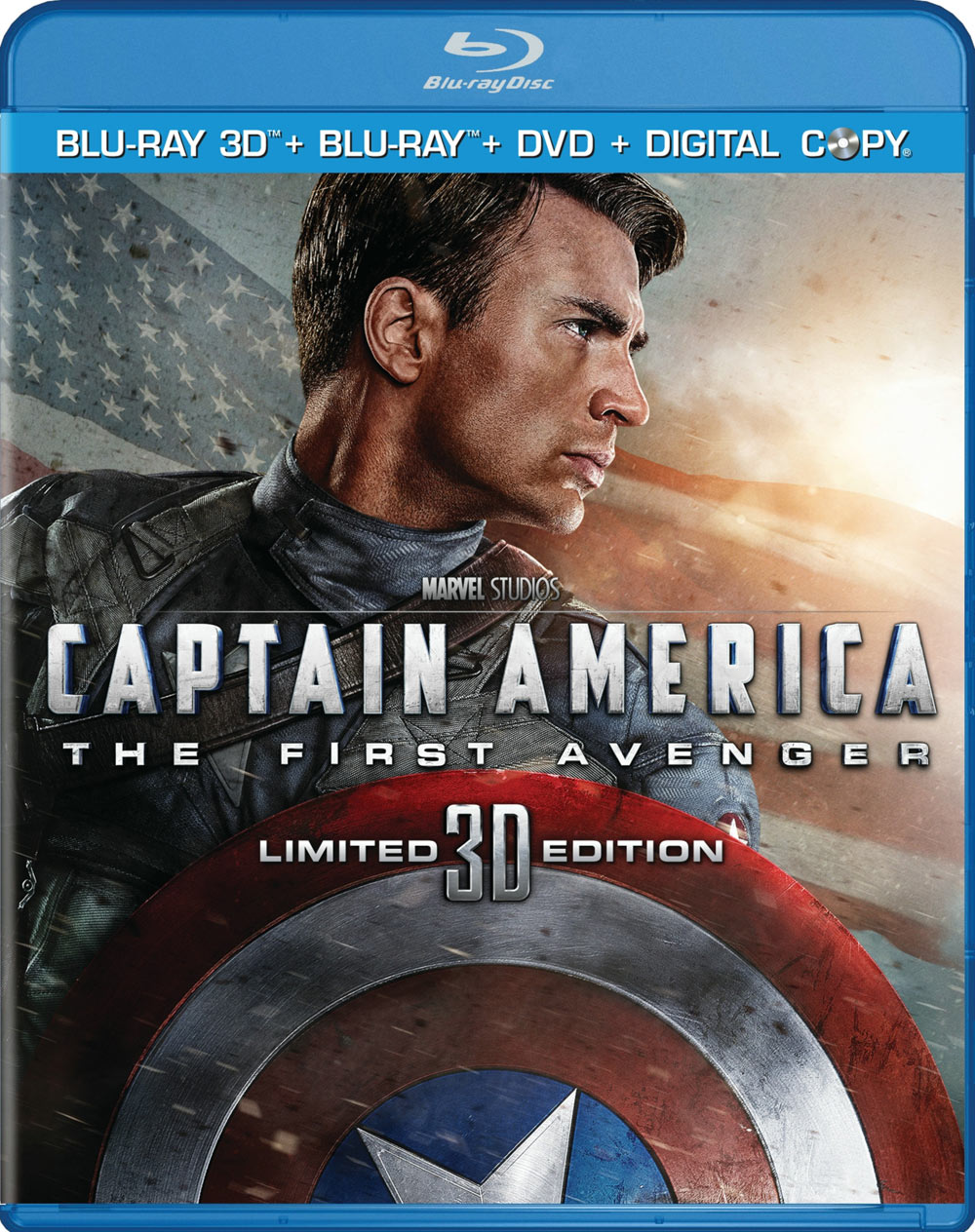 The CAPTAIN AMERICA: The First Avenger three-disc set includes the film on
Blu-ray in high-definition 3D and in high definition 2D, as well as on standard definition DVD with a digital copy. The two-disc Blu-ray/DVD combo pack includes a high definition presentation of the film, plus a standard definition presentation with a digital copy. Both sets boast over an hour of behind-the-scenes bonus material including an original Marvel short film, an exclusive sneak peek into the ultimate Super Hero team, Marvel’s The Avengers, six featurettes that go behind-the-scenes of the filmmaking process, deleted scenes and much more.

The three-disc set includes all of the above, plus the feature film on Blu-ray 3D.

About Captain America: The First Avenger:

Marvel Entertainment, LLC, a wholly-owned subsidiary of The Walt Disney Company, is one of the world’s most prominent character-based entertainment companies, built on a proven library of over 8,000 characters featured in a variety of media over seventy years. Marvel utilizes its character franchises in entertainment, licensing and publishing. For more information visit www.marvel.com.