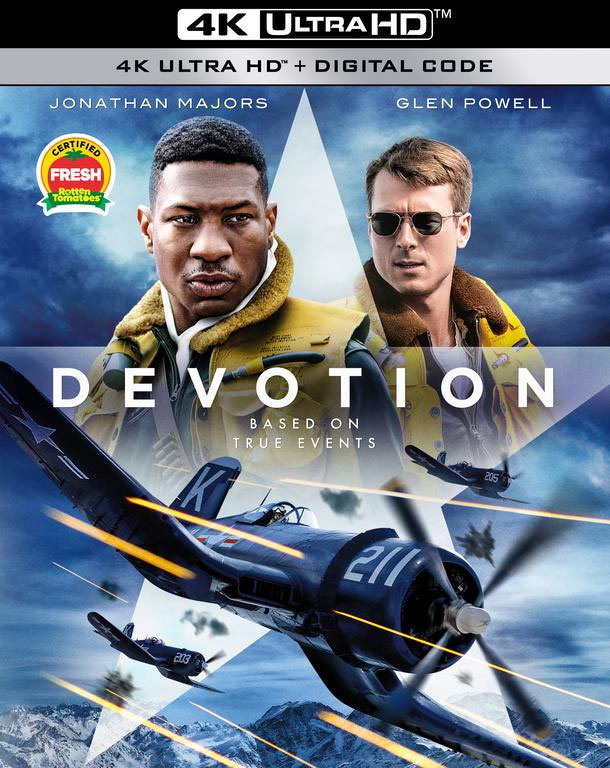 Based on the Book by Adam Makos

Jonathan Majors (Creed III) and Glen Powell (Top Gun: Maverick) star in the epic and inspirational true story of two elite U.S. Navy fighter pilots who helped turn the tide in the most brutal battle in the Korean War: Jesse Brown, the first Black aviator in Navy history and his fellow fighter pilot and friend, Tom Hudner. Their heroic sacrifices and enduring friendship would ultimately make them the Navy’s most celebrated wingmen.

The Aviation of a Forgotten War

Take a deep dive into the world of 1950s U.S. Naval aviation and experience the epic aerial action brought to life in Devotion. Meet the actors in real planes used during the Korean War in this incredible behind-the-scenes look at the making of the film.

The Legacy of Jesse Brown

Discover the extraordinary life of Jesse Brown, the first African American Naval Aviator, and explore his personal journey during the Korean War. Hear from the cast and crew as they discuss Jesse’s unique and complex story.

The feature film will also be available on DVD on February 28.