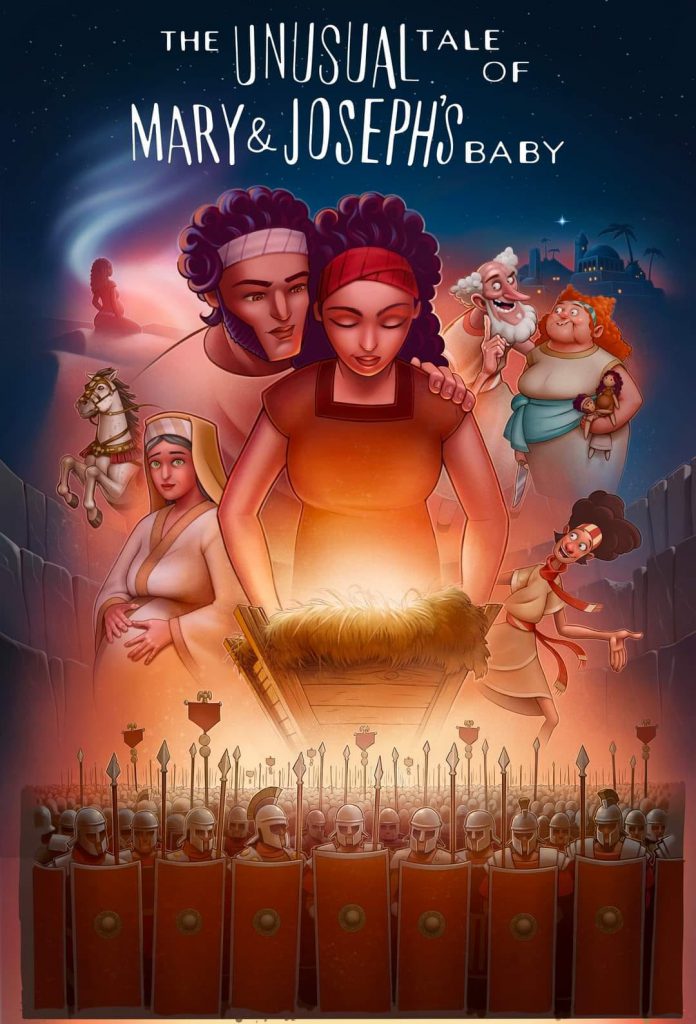 New York, New York: HOVR Studio today announced the upcoming release of an animated feature film, The Unusual Tale of Mary and Joseph’s Baby. This is the first animated Christmas story film true to the gospel, following the story of the pregnant Jewish hero, Mary. Three featured songs from the film will be released in December 2022 and investor interest parties are being held online and in cities around the United States. Crowdsource funding is available through investment platform, WeVidit. The Facebook page (https://www.facebook.com/unusualtale) just recently launched will hit one million followers by Christmas.

This is based on the musical that has run nation-wide for seven years that audiences have called “A must-see show” (NYC Fringe) and an “unsurpassed breakout hit” (show-score.com).

Features of The Unusual Tale film include.

Invest in The Unusual Tale now by purchasing Class A Preferred Units at $1.00 per unit. The funds raised are used to finalize the production of the film. Adequate earnings from distribution revenue earns investors 120% of their original investment before the founders take a distribution and then investors share in profits with the studio. Different levels of investors will receive different benefits.

For more information on the film and investment, visit www.theunusualtale.com.

About HOVR: From the studio that brought you: Marvel’s Battleworld, winner of 21 Telly Awards, NAB, and Communicator awards. The studio has also animated for Sesame Street, Unilever, and Splenda, as well as many other Fortune 500 companies.