OWN IT ON 4K ULTRA HD, BLU-RAY™, AND DIGITAL OCTOBER 18th, 2022
FROM UNIVERSAL PICTURES HOME ENTERTAINMENT 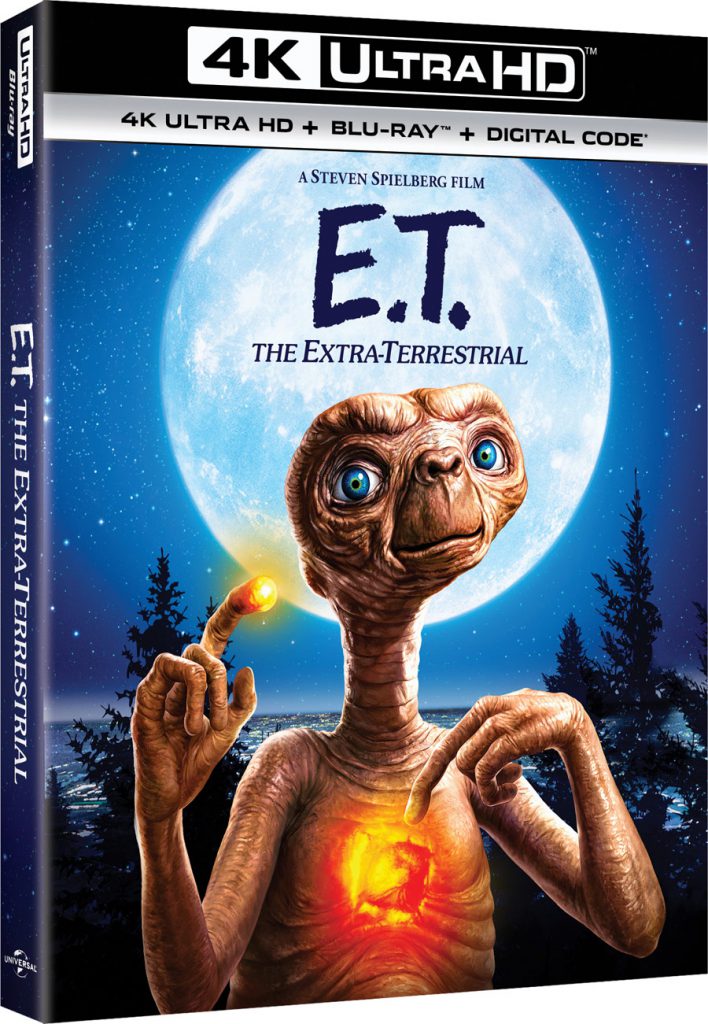 Universal City, California, August 23, 2022 – Journey back to the magic and adventure of E.T. THE EXTRA-TERRESTRIAL, the beloved masterpiece from Academy Award®-winning director Steven Spielberg, with this all-new release celebrating the 40th anniversary of the film, available to own on 4K Ultra HD, Blu-rayTM, and Digital October 18th, 2022 from Universal Pictures Home Entertainment. There has never been a better time to relive this cinematic classic and four-time Academy Award® winner including Best Music by legendary composer John Williams. The anniversary release showcases over 45 minutes of all-new bonus features including a retrospective of the film and its lasting legacy and a featurette with Steven Spielberg reflecting on his career and the making of E.T. 40 years later. This release also includes all the original bonus features including deleted scenes, cast and filmmaker reunion, a discussion with John Williams about the iconic music from the film, and more. This E.T. THE EXTRA-TERRESTRIAL release is the definitive way to experience the heartwarming movie that is sure to thrill viewers of all ages again with its timeless message of trust, courage, and the overwhelming power of friendship.

Captivating audiences of all ages, this timeless story follows the unforgettable journey of a lost alien and the 10-year-old boy he befriends. Join Elliot (Henry Thomas), Gertie (Drew Barrymore) and Michael (Robert MacNaughton) as they come together to help E.T. find his way back home, E.T. THE EXTRA-TERRESTRIAL is “one of the great American films” (Leonard Maltin) that forever belongs in the hearts and minds of audiences everywhere.

Three premium limited editions will be available at select retailers for a limited time only:

BONUS FEATURES on 4K UHD and BLU-RAYTM for your collection: