“Austin Butler is stellar, truly, a star is born here.”

“A dazzling, splatter-paint evocation of the myth and the man.” 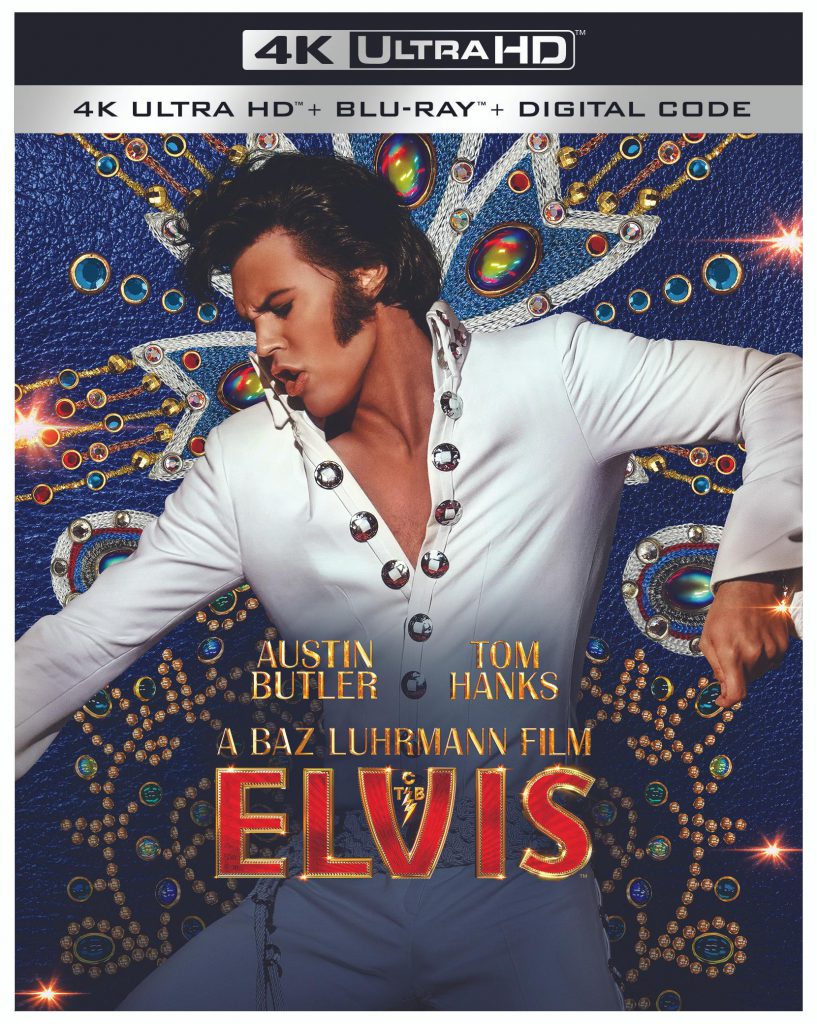 Burbank, CA, August 2 – Experience an epic exploration of the life and music of Elvis Presley when “Elvis” arrives for Premium Digital Ownership at home on August 9. The film is directed by Baz Luhrmann from a screenplay by Luhrmann & Sam Bromell and Luhrmann & Craig Pearce and Jeremy Doner, based on a story by Luhrmann & Craig Pearce and Jeremy Doner, and stars Austin Butler (“The Dead Don’t Die,” “Once Upon A Time… In Hollywood”) and Tom Hanks (“Saving Private Ryan,” “Forrest Gump”). The film will also be available on 4K UHD, Blu-ray and DVD beginning on September 13.

A thoroughly cinematic drama, Elvis’s (Austin Butler) story is seen through the prism of his complicated relationship with his enigmatic manager, Colonel Tom Parker (Tom Hanks). As told by Parker, the film delves into the complex dynamic between the two spanning over 20 years, from Presley’s rise to fame to his unprecedented stardom, against the backdrop of the evolving cultural landscape and loss of innocence in America. Central to that journey is one of the significant and influential people in Elvis’s life, Priscilla Presley (Olivia DeJonge).