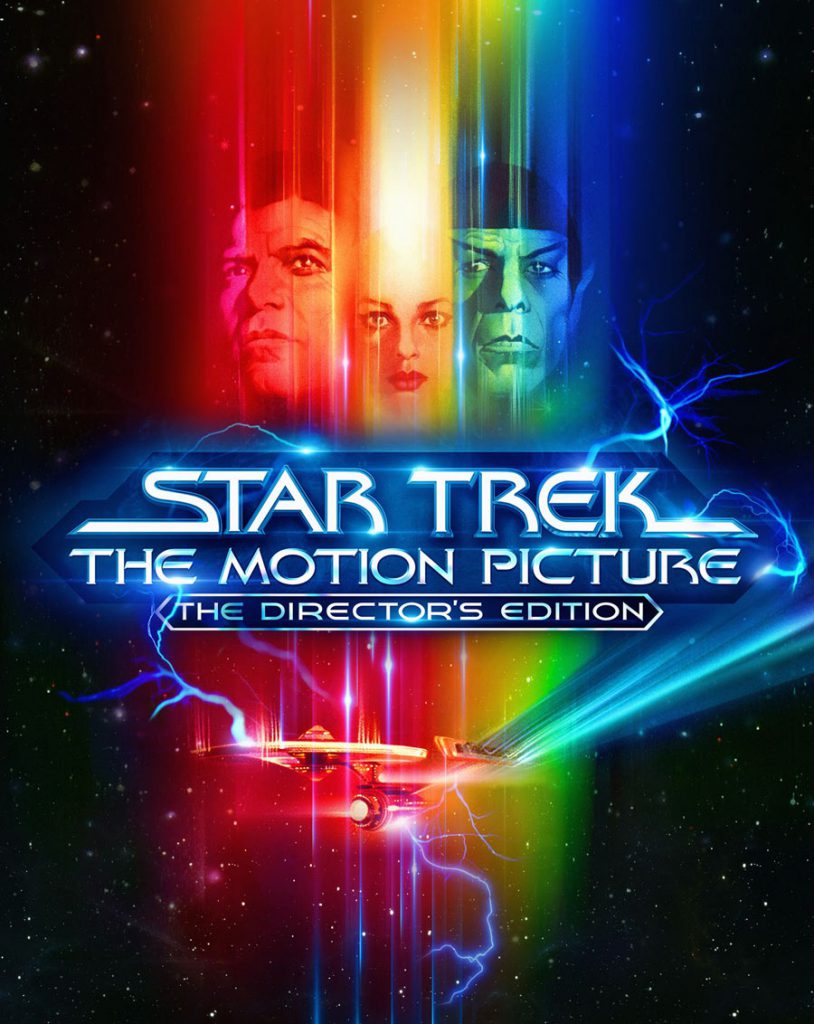 LOS ANGELES, Calif. – March 24, 2022 – Eagerly anticipated by Star Trek fans for over two decades, Star Trek: The Motion Picture—The Director’s Edition will make its long-awaited debut exclusively on Paramount+ on April 5, 2022, in celebration of First Contact Day.  The film will be available to stream on Paramount+ in 4K Ultra HD on supported devices and platforms.  The newly restored film will subsequently arrive on 4K Ultra HD Blu-ray in September from Paramount Home Entertainment.  In addition, fans will have the opportunity to see the restored version of Star Trek: The Motion Picture—The Director’s Edition on the big screen for the first time when Fathom Events and Paramount Pictures bring it to theaters for an exclusive two-day event on May 22 and May 25.  Tickets will go on sale Friday, April 8 at FathomEvents.com.

In 2001, director Robert Wise revisited the film to refine the edit and enhance the visual effects.  His updated vision was released on DVD in standard definition and embraced by fans but has never been available in higher definition until now.  Meticulously assembled and restored by producer David C. Fein with preservationist Mike Matessino, both of whom originally collaborated with Wise, the film has been prepared for presentation in 4K Ultra HD with Dolby Vision™ high dynamic range (HDR) and a new powerful and immersive Dolby Atmos® soundtrack.*  Fein and Matessino assembled a team of special effects experts, led by returning visual effects supervisor Daren Dochterman, and utilized the extensive resources in the Paramount Archives to recreate the effects not just in HD, but in Ultra HD.  After more than six months of painstaking work, the updated movie looks and sounds better than ever while staying true to Wise’s original intention.

“I couldn’t be prouder and more thrilled to have completed the film in 4K,” said Fein.  “Paramount offered unprecedented access to the original elements and exceptional support and the results are stunning.  Utilizing the latest discoveries and innovations of modern film production, The Director’s Edition delivers so much more today than was previously possible.  It’s an adventure you’ll never forget!”

The U.S.S. Enterprise boldly debuted on the big screen with the cast of the original Star Trek series, including William Shatner, Leonard Nimoy, DeForest Kelley, George Takei, Nichelle Nichols, Walter Koenig, and James Doohan.  Meticulously restored and remastered, with enhanced visual effects and state-of-the-art sound, this definitive vision of director Robert Wise has been optimized for a new generation of fans. When an unidentified alien intruder destroys three powerful Klingon cruisers, Admiral James T. Kirk (Shatner) returns to the helm of a newly transformed U.S.S. Enterprise to take command and confront an alien spacecraft of enormous power heading toward Earth.

The Star Trek: The Motion Picture—The Director’s Edition 4K Ultra HD Disc and Digital releases will include HDR-10 and Dolby Vision,™ as well as Dolby Atmos®, accompanied by extensive new and legacy bonus content, which will be detailed at a later date.

Paramount+, a direct-to-consumer digital subscription video on-demand and live streaming service, combines live sports, breaking news and a mountain of entertainment. The premium streaming service features an expansive library of original series, hit shows and popular movies across every genre from world-renowned brands and production studios, including BET, CBS, Comedy Central, MTV, Nickelodeon, Paramount Pictures and the Smithsonian Channel. The service is also the streaming home to unmatched sports programming, including every CBS Sports event, from golf to football to basketball and more, plus exclusive streaming rights for major sports properties, including some of the world’s biggest and most popular soccer leagues. Paramount+ also enables subscribers to stream local CBS stations live across the U.S. in addition to the ability to stream CBSN for 24/7 news, CBS Sports HQ for sports news and analysis, and ET Live for entertainment coverage.

Fathom is a recognized leader in the entertainment industry as one of the top distributors of content to movie theaters in North America. Owned by AMC Entertainment Inc. (NYSE: AMC); Cinemark Holdings, Inc. (NYSE: CNK); and Regal, a subsidiary of the Cineworld Group (LSE: CINE.L), Fathom operates the largest cinema distribution network, delivering a wide variety of programming and experiences to cinema audiences in all the top U.S. markets and to more than 45 countries.