Relive the Hilarious Exploits of Wayne and Garth with a Limited-Edition Blu-ray™ SteelBook® on February 1, 2022 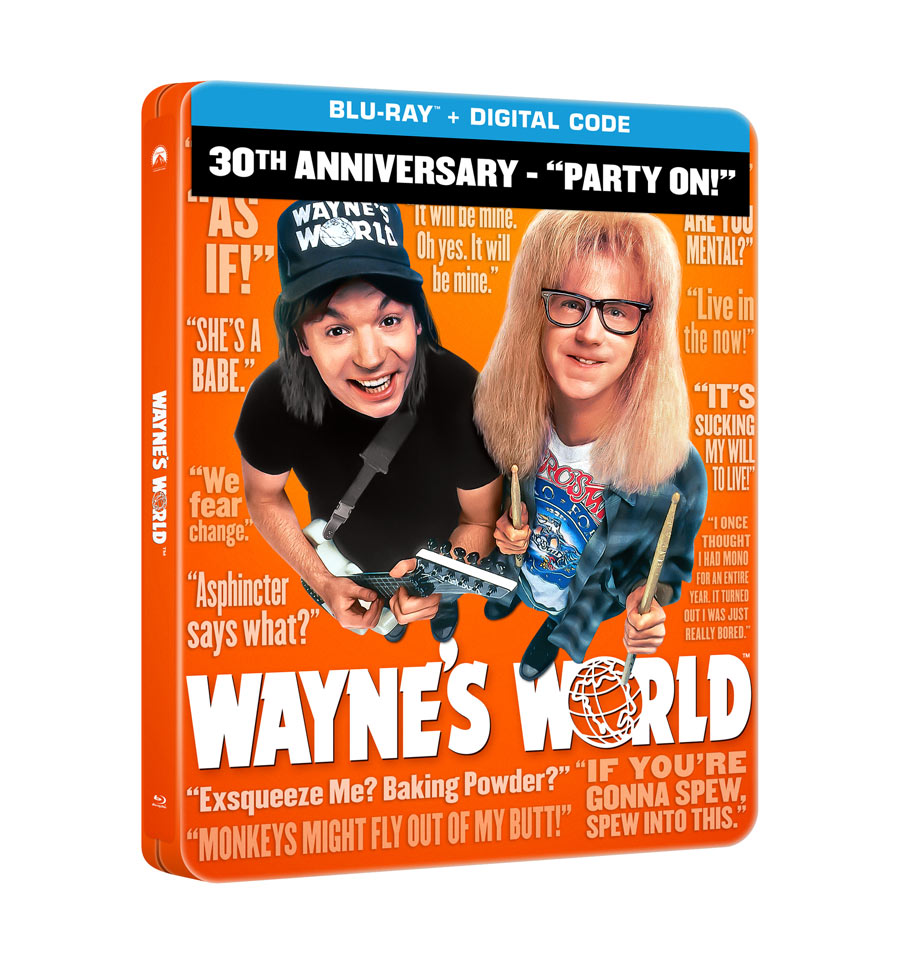 Celebrate the world’s most endearing slackers when WAYNE’S WORLD arrives in a Limited-Edition Blu-ray SteelBook on February 1, 2022, just in time for the film’s 30th anniversary.

Directed by Penelope Spheeris and written by Mike Myers and Bonnie Turner & Terry Turner, WAYNE’S WORLD follows Wayne and Garth as they try to promote their public-access cable show.

A hit with both critics and fans, WAYNE’S WORLD ultimately earned over $183M at the worldwide box office and spawned the sequel Wayne’s World 2.  A double feature of the two films will also be available on Blu-ray with access to digital copies on February 1.

The WAYNE’S WORLD Blu-ray SteelBook includes access to a digital copy of the film.