Skip to content
News Paramount Press Releases
THIS HOLIDAY, GET READY FOR A SUPERSIZED ADVENTURE THE
WHOLE FAMILY CAN ENJOY
CLIFFORD THE BIG RED DOG
Buy It on Digital December 14, 2021 with Fun-Filled Bonus Content! 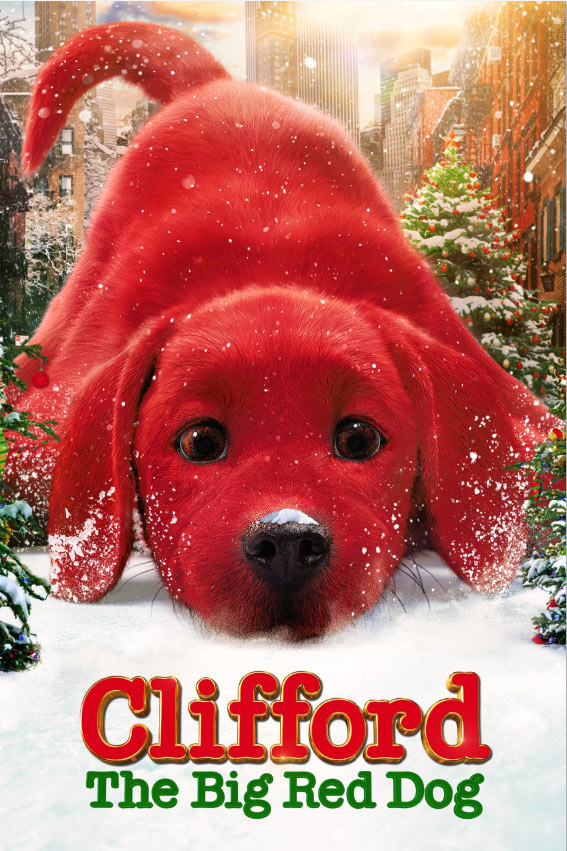 HOLLYWOOD, Calif. – The holidays are about to get a whole lot BIGGER when CLIFFORD THE BIG RED DOG becomes available to purchase on Digital* December 14, 2021 with exclusive, never-before-seen bonus content from Paramount Home Entertainment. The film will be unleashed on Blu-ray & DVD February 1, 2022, in time for Valentine’s Day.

Called “a movie families need right now” (Matt Cohen, “Entertainment Tonight”), CLIFFORD THE BIG RED DOG is the perfect movie for the whole family to cozy up at home and watch during the holidays. Plus, fans can have twice the fun with a two-movie collection featuring PAW PATROL: THE MOVIE and CLIFFORD THE BIG RED DOG exclusively on Digital together for one pup-tastic price.

The Digital* release of CLIFFORD THE BIG RED DOG features supersized and fun-filled bonus content, including a behind-the-scenes tour with the cast, a closer look at the puppeteers who helped bring Clifford to life, an exploration of Clifford’s beginning with creator Norman Bridwell, hilarious tips for caring for a giant dog, and deleted scenes not seen in theaters! Details on the bonus content are listed below.

CLIFFORD THE BIG RED DOG Synopsis
When Emily discovers her little red puppy named Clifford has grown ten feet overnight, she turns to her eccentric Uncle Casey for help. But when a mad scientist tries to capture the larger-than-life playful pup, it takes the entire neighborhood to hide Clifford as they race across the city. Get ready for the incredible, laugh-out-loud comedy adventure that is BIG fun for the entire family!