SONGBIRD
NOW AVAILABLE ON DIGITAL
AND ON BLU-RAY™ AND DVD MARCH 16, 2021 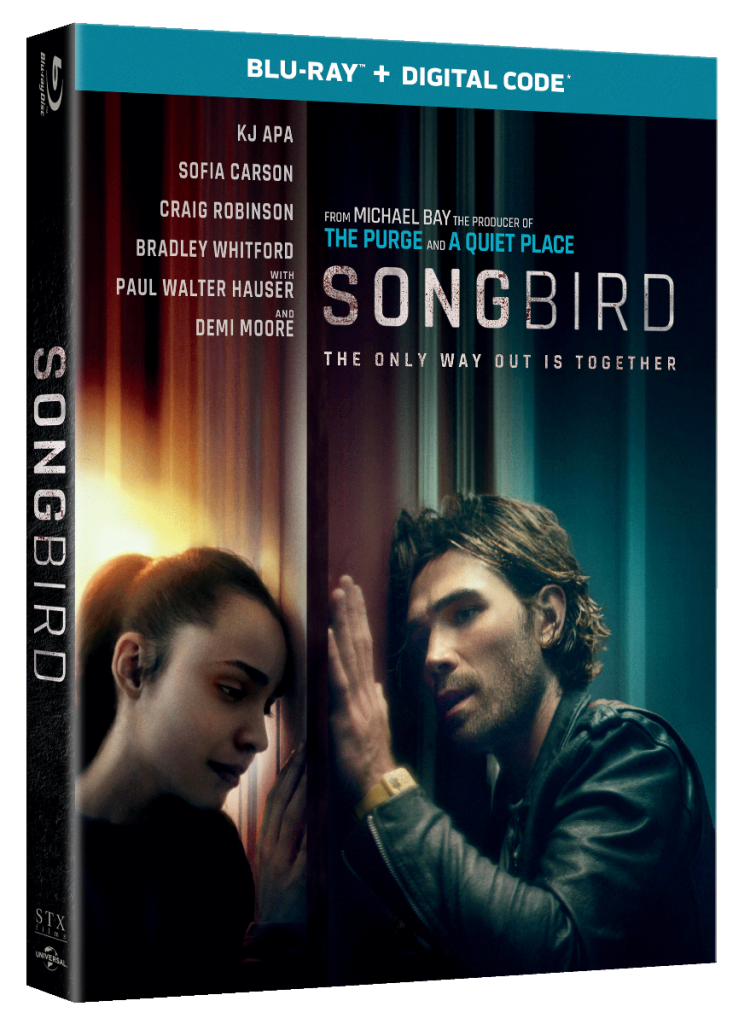 SYNOPSIS: In this terrifying thriller, a devastating pandemic ravages the world and the United States is in its fourth year of lockdown. Infected Americans are ripped from their homes and forced into quarantine camps known as Q-Zones, from which there is no escape, as a few brave souls fight back against the forces of oppression. Amid this dystopian landscape, a fearless courier, Nico (KJ Apa, (“Riverdale,” I Still Believe), who’s immune to the deadly pathogen, finds hope and love with Sara (Sofia Carson, Descendants franchise, Adventures in Babysitting ), though her lockdown prohibits them from physical contact. When Sara is believed to have become infected, Nico races desperately across the barren streets of Los Angeles in search of the only thing that can save her from imprisonment … or worse.

SONGBIRD will be available on Blu-rayTM, DVD and Digital.

About STXFilms:
STXfilms, a division of Eros STX Global Corporation, is a next-generation film studio that produces, acquires, distributes, and markets motion pictures at scale. From blockbusters like Hustlers, Bad Moms, and The Upside to hits like The Gentlemen, Molly’s Game, and The Gift, STXfilms produces star-driven films for a global audience. In just 5 short years, its slate of films has already grossed over $1.8b in global theatrical box office. With a wide range of partners including Universal Pictures Home Entertainment and Showtime (which handle the physical and premium television releases of STXfilms content, respectively), the studio is a fast-growing, industry powerhouse.