WITH OVER 15 MINUTES OF ADDITIONAL SCENES, BLOOPER REEL,
AN ALL-NEW DANIEL TIGER VIGNETTE AND MUCH MORE 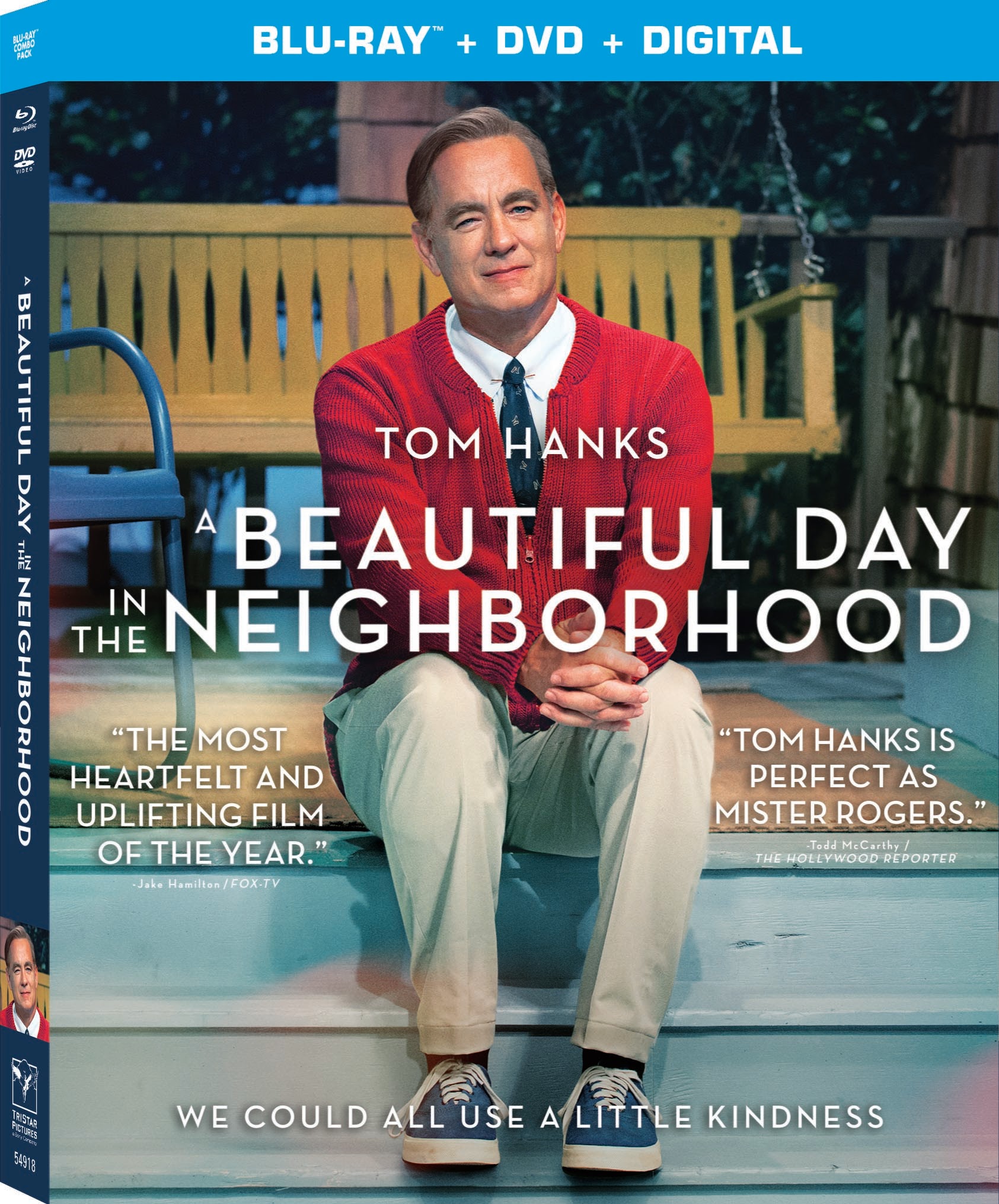 CULVER CITY, CALIF. (January 22, 2019) – Put on your comfiest cardigan and spend some quality time with Academy Award®-winner[1] Tom Hanks when he takes on the role of a lifetime as childhood icon and broadcast legend Fred Rogers in A BEAUTIFUL DAY IN THE NEIGHBORHOOD, coming to digital February 4 and 4K Ultra HD™, Blu-ray™ and DVD February 18 from Sony Pictures Home Entertainment.

The 4K Ultra HD, Blu-ray, DVD and digital releases are loaded with bonus features sure to please both longtime fans of Mister Rogers and newcomers to the Land of Make-Believe, including over 15 minutes of additional scenes, an adorable blooper reel, an all-new featurette starring Daniel Tiger, filmmaker commentary and a behind-the-scenes look at the work that went into bringing this heartwarming and inspiring story to life.

Tom Hanks portrays Mister Rogers in A BEAUTIFUL DAY IN THE NEIGHBORHOOD, a timely story of kindness triumphing over cynicism, based on the true story of a real-life friendship between Fred Rogers and journalist Tom Junod. After a jaded magazine writer (Primetime Emmy® Award-winner[2] Matthew Rhys) is assigned a profile of Fred Rogers, he overcomes his skepticism, learning about kindness, love and forgiveness from America’s most beloved neighbor.

“Hanks is amazing”[3] in the role that has earned him an Oscar® nomination for Actor in a Supporting Role—his sixth career Academy Award Nomination. He stars alongside Rhys, Screen Actors Guild Award®-winner[4] Susan Kelechi Watson and Oscar®-winner[5] Chris Cooper under the direction of acclaimed filmmaker Marielle Heller (Can You Ever Forgive Me?, The Diary of a Teenage Girl).

The film has achieved nearly universal praise, earning the designation of “Certified Fresh” from RottenTomatoes.com and receiving raves from critics, including Rolling Stone’s Pete Travers, who calls A BEAUTIFUL DAY IN THE NEIGHBORHOOD “irresistible,” Pete Hammond of Deadline who says it’s “the movie we need right now” and FOX-TV’s Jake Hamilton who calls it “the most heartfelt and uplifting film of the year.”

A BEAUTIFUL DAY IN THE NEIGHBORHOOD has a runtime of approximately 109 minutes and is rated PG for some strong thematic material, a brief fight and some mild language.