PACKED WITH OVER 45 MINUTES OF NEVER-BEFORE-SEEN BONUS CONTENT INCLUDING A HILARIOUS GAG REEL, DELETED SCENES, BEHIND-THE-SCENES FEATURETTES AND MORE! 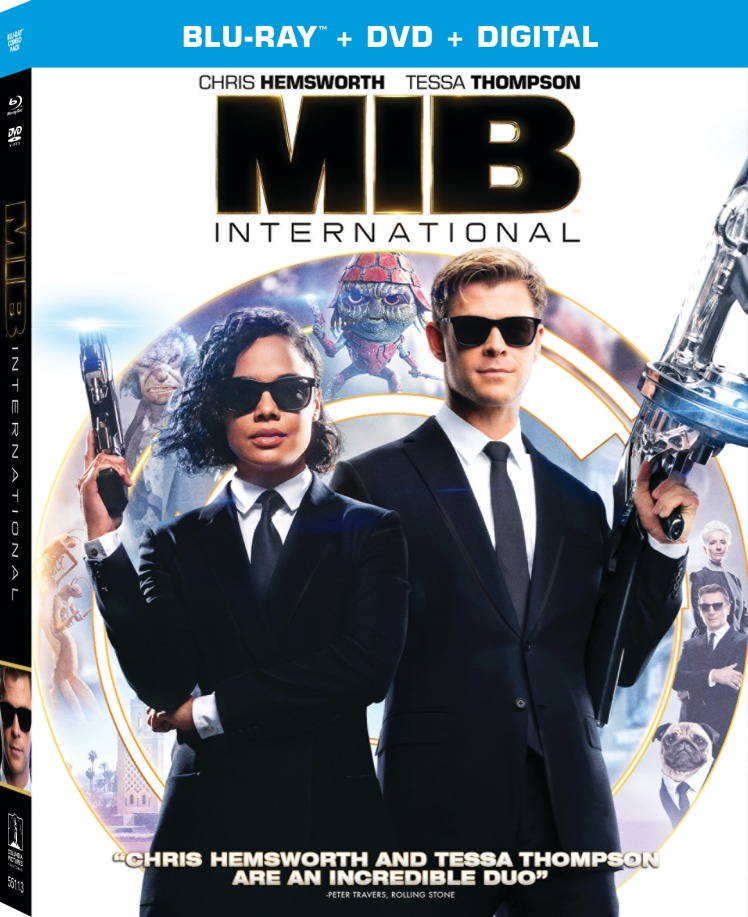 The Men in Black have always protected the Earth from the scum of the universe. In this new adventure, they tackle their biggest, most global threat to date: a mole in the Men in Black organization.

The 4K Ultra HD Combo Pack and Blu-ray of MEN IN BLACK: INTERNATIONAL feature exclusive deleted scenes–plus erase away those embarrassing moments with an all-new Neuralyzer infomercial and let Frank the Pug trace your out-of-this-world roots with Alien-centry.com. All formats come packed with bonus feature content, including a gag reel, several behind-the-scenes featurettes and much more!

MEN IN BLACK: INTERNATIONAL has a runtime of approximately 115 minutes and is rated PG-13 for sci-fi action, some language and suggestive material.