“Ocean’s 8 is the most satisfying installment in the franchise. The all-star cast is impeccable…and the heist itself is wily and enjoyable.”

SEE THE CON COME TO LIFE WHEN

DVD SPECIAL EDITION AND DIGITAL FROM

Own it Early on Digital on August 21 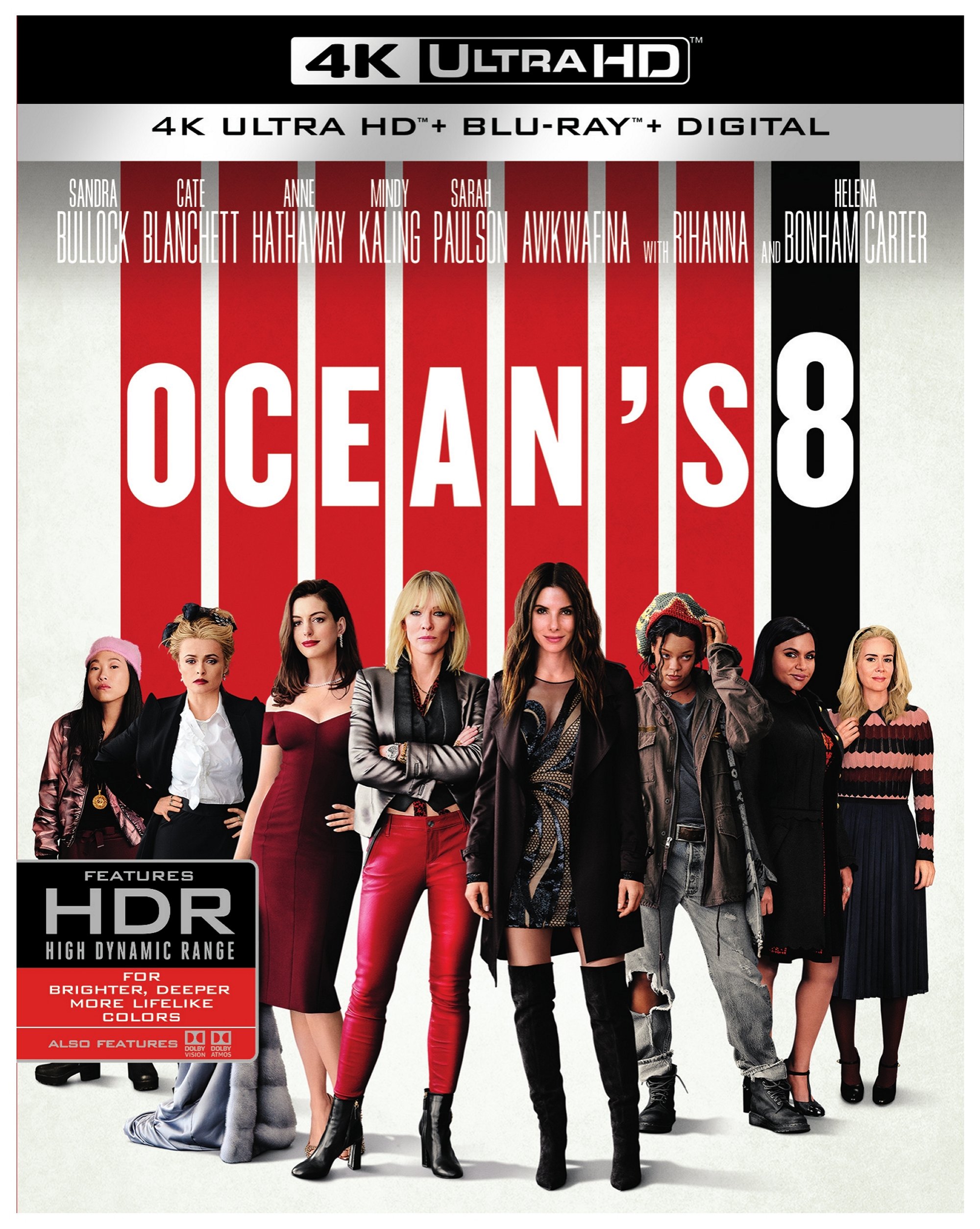 Burbank, CA, July 26 – Having this much fun is a crime. Team up in the action adventure when “Ocean’s 8” arrives on 4K UHD Combo Pack, Blu-ray Combo Pack, DVD Special Edition and Digital.

Fans can also own “Ocean’s 8” via purchase from digital retailers beginning August 21.

The target is $150 million in diamonds—diamonds that will adorn the neck of world-famous actress Daphne Kluger (Anne Hathaway), who will be center stage at the event of the year, the Met Gala. Their plan appears rock solid, but it will need to be flawless if the team is to get in and get away—all in plain sight.

Movies Anywhere is a digital movie platform that enables movie fans to discover, access, and watch their favorite digital movies in one place. Movies Anywhere brings together a library of nearly 7,500 digital movies from Sony Pictures, Twentieth Century Fox Film, The Walt Disney Studios (including Disney, Pixar, Marvel Studios and Lucasfilm), Universal Pictures (including DreamWorks and Illumination Entertainment) and Warner Bros., and will continue to expand the consumer experience as more content providers, digital retailers and platforms are added.  By connecting participating digital retailers that include Amazon Prime Video, FandangoNOW, Google Play, iTunes and Vudu, movie fans can now bring together their digital movie collections (whether purchased or redeemed) in one place and enjoy them from the comfort of their living rooms, and across multiple devices and platforms, including Amazon Fire devices; Android devices and Android TV; Apple TV; Chromecast; iPhone, iPad and iPod touch; Roku® devices and popular browsers. Movie fans can also redeem digital codes found in eligible Blu-ray and DVD disc packages from participating studios and enjoy them through Movies Anywhere. Movies Anywhere – your movies, together at last.

Rating: Rated PG-13 for language, drug use, and some suggestive content