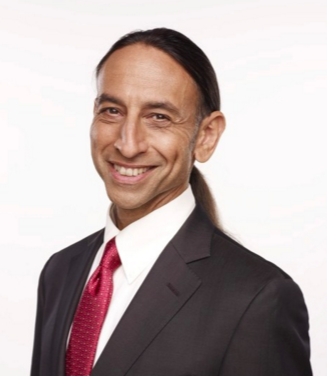 ATLANTA –  March 14, 2018 – UP TV announced today that veteran marketing and media executive Scot Safon has joined the network as chief marketing officer. He and his team will be managing all brand communications for UP – television’s family-focused entertainment destination targeted to adults. As it continues to roll out its largest slate of originals ever, UP is establishing itself as the premier destination for programming that captures and appreciates life’s biggest moments. The network’s current lineup includes its hit original series Bringing Up Bates (100th episode premiering this April), new docuseries Morgan Family Strong starring country music icon Craig Morgan and his family, and fan-favorites Gilmore Girls, Whose Line is it Anyway? and America’s Funniest Home Videos.

In the coming months, Safon and his team will launch UP’s lineup of original unscripted series that focus on life’s biggest moments – funny, wonderful, dramatic and unforgettable stories capturing real people embracing life-defining, life-affirming milestones. These premiere series include Expecting, Our Wedding Story and Crazy Beautiful Weddings. For these premieres and the overall brand, Safon will oversee marketing, public relations, creative services and consumer engagement. He will be based in Atlanta and will report to Amy Winter, executive vice president and general manager.

“Scot has an impressive track record of building brands and leading successful, strategic marketing campaigns,” said Winter. “We’re thrilled that he has joined the UP team and will be bringing his creativity and passion to our network as we continue to provide feel-good entertainment for families.”

Safon has previously held executive leadership roles at TNT, CNN and The Weather Channel during periods of growth across multiple platforms. He is known as a creative partner, working closely with advertisers, show creators and distributors. He has also led multidisciplinary teams that have built network brands, show brands and talent brands with award-winning innovative creative and strategic work. Safon will also continue his media and marketing strategy practice.

At UP, We Get Family. With fan-favorite series and movies that celebrate life’s biggest moments, UP is the television destination for families seeking optimistic, relatable and uplifting entertainment. Presenting original non-fiction series and world premiere movies alongside beloved television series and box-office hit films, UP presents programming that appreciates the humor, drama and joy of family life.  With network series like GILMORE GIRLS and AMERICA’S FUNNIEST HOME VIDEOS alongside originals like BRINGING UP BATES, EXPECTING and OUR WEDDING STORY, UP continues to gather audiences around the screen to deliver one of television’s highest “co-viewership” percentages.  And its new UP Faith & Family subscription on-demand service has quickly become the fan favorite for its all-ages lineup of family and faith-affirming movies and series. In 2018, UP will celebrate a “Life’s Biggest Moment” of its own, premiering more hours of original content than ever in its history.

Based in Atlanta, UP is a division of UP Entertainment, LLC and partners with the Aspire network on sales, marketing and other operational services.