“Bigger, better and funnier than the original in every way.”

WILL FERRELL AND MARK WAHLBERG STAR IN THE
DADDY OF ALL FAMILY COMEDIES! 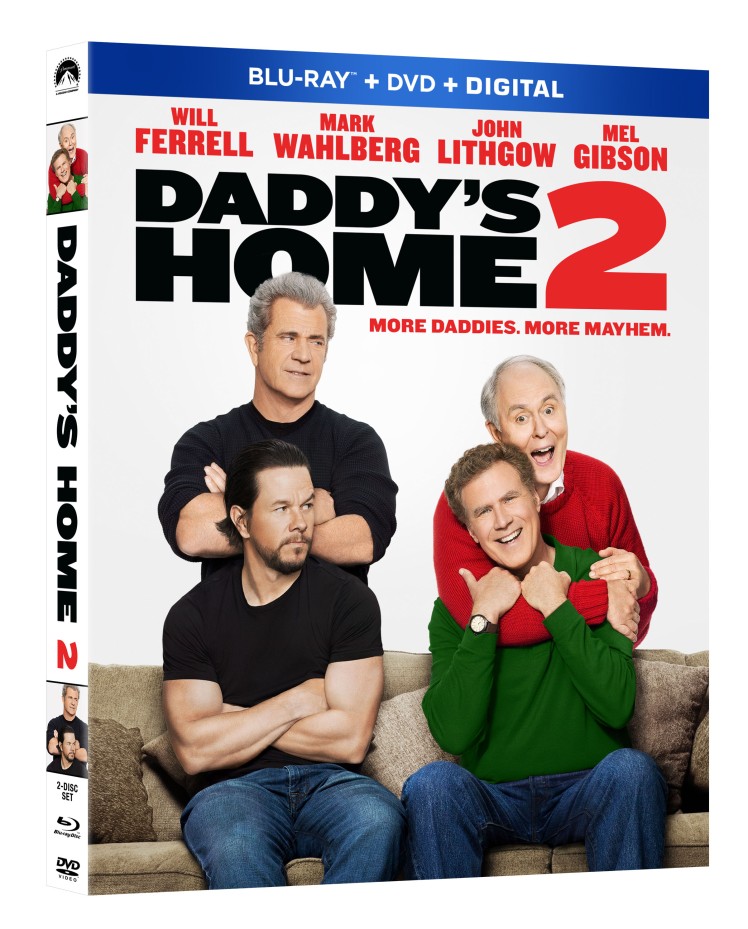 When it comes to raising their kids, Dusty (Mark Wahlberg) and Brad (Will Ferrell) finally have this co-parenting thing down.  That is, until Dusty’s macho dad (Mel Gibson) and Brad’s sweet-natured father (John Lithgow) come to town, throwing the whole family into complete chaos.  As old rivalries create new problems, Dusty and Brad’s partnership is put to the ultimate test in this hilarious and heartwarming comedy that gives new meaning to the term ‘blended family.’

The DADDY’S HOME 2 4K Ultra HD Combo Pack and Blu-ray Combo Pack feature over 45 minutes of bonus content.  Go behind the scenes with five featurettes, deleted/ extended/alternate scenes and a hilarious gag reel.  Plus, for a limited time only, get a bonus digital copy of the original Daddy’s Home with the 4K Ultra HD & Blu-ray Combo Packs.  In addition, the DADDY’S HOME 2 Blu-ray and 4K Ultra HD discs boast a Dolby Atmos® soundtrack remixed specifically for the home theater environment to place and move audio anywhere in the room, including overhead and the 4K Ultra HD disc features Dolby Vision™high dynamic range (HDR), which delivers greater brightness and contrast, as well as a fuller palette of rich colors*.