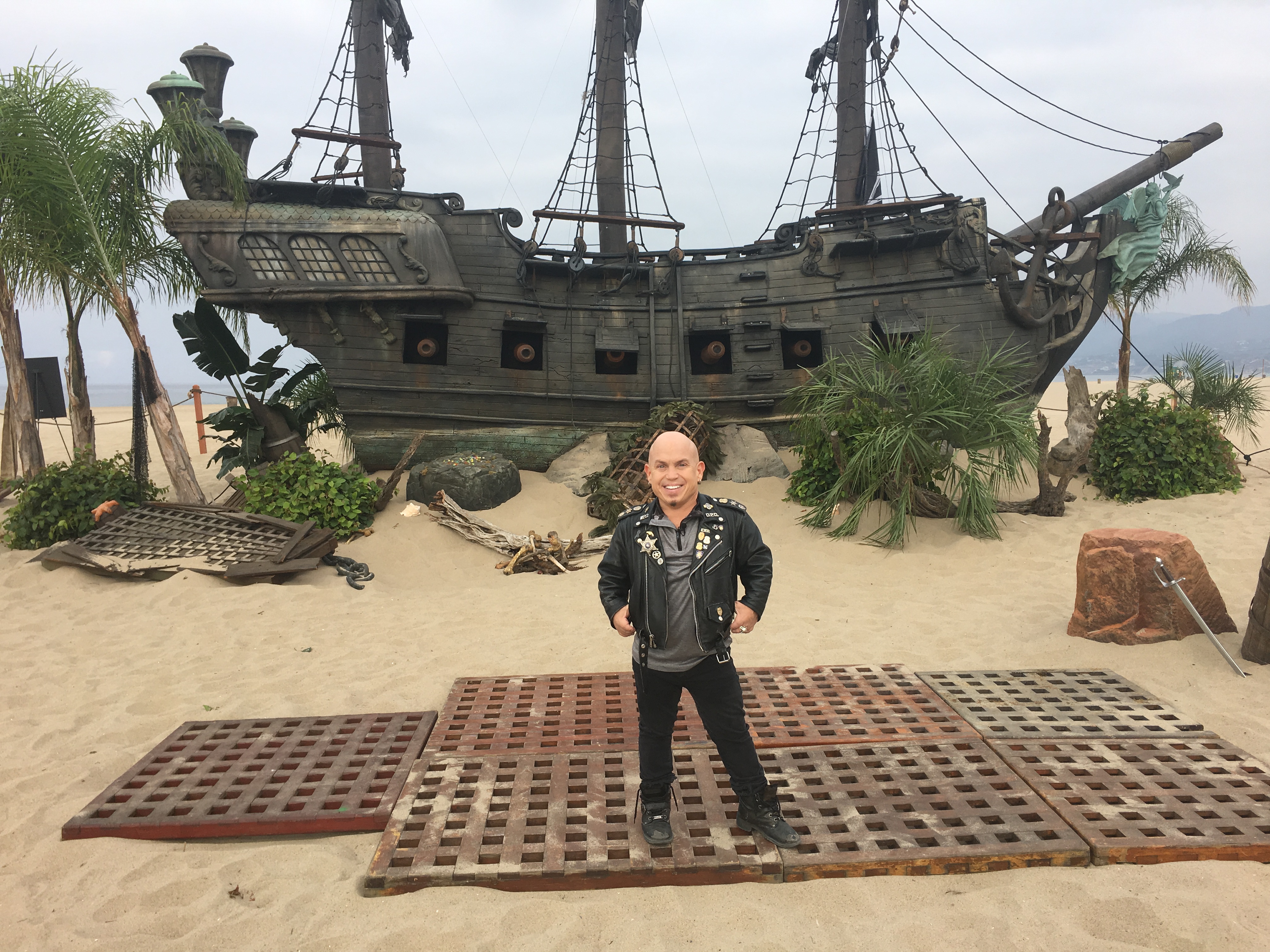 Tuesday, September 19, 2017: Disney’s Black Pearl Pirate Ship landed on the Santa Monica Beach yesterday in honor of Talk Like a Pirate Day and the digital release of Disney’s PIRATES OF THE CARIBBEAN: DEAD MEN TELL NO TALES (available on Blu-ray & 4K Ultra HD Oct 3). Press and fans and received lessons in Pirate Speak, Swordplay, hoisting the mainsail, loading the cannons and more from Pirates of the Caribbean actor and stunt performer Martin “Marty” Klebba, alongside sword experts and stunt doubles from the film.

Bonus material includes a collection of behind-the-scenes, making-of stories, including a conversation with directors Joachim Rønning and Espen Sandberg; a sit-down with the two young newcomers who play Henry and Carina; the secrets behind the menacing new villain, Salazar, and his ferocious ghost sharks; an on-set visit with Jack’s first mate from all five films; a chat with Sir Paul McCartney who appears as Uncle Jack; and a discussion about the franchise’s legacy; along with hilarious bloopers, deleted scenes and memories from producer Jerry Bruckheimer’s photo diary.