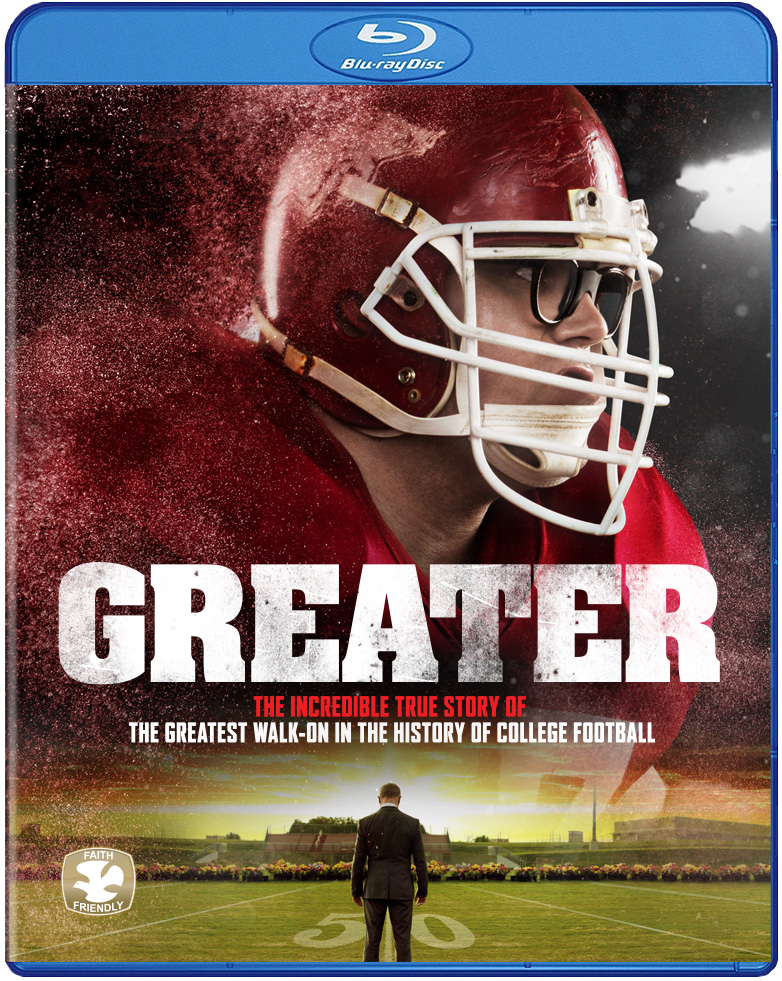 The unlikely career of Brandon Burlsworth is the greatest walk-on story in the history of college football. Known for his distinctive black horn-rimmed glasses and resemblance to Superman’s alter ego, Clark Kent, the small-town Burlsworth had always dreamed of playing for the Arkansas Razorbacks, but was considered too short and too fat to play Division I football. Undeterred, Brandon, with the help of his struggling mother, took a financial and emotional risk by walking on to the team in 1994. Despite criticism from teammates and coaches alike, Brandon succeeded in the face of staggering odds. His faith and unstoppable determination helped him rise to the forefront of the team; and by the end of his college career in 1999, Burlsworth was not only a star player in the toughest conference (The SEC), but he was also a 1st Team All-American.

GREATER has a runtime of approximately 130 minutes and is rated PG for thematic elements, some language and smoking.

Well Go USA Entertainment (www.wellgousa.com) is a theatrical and home entertainment distribution label that specializes in bringing top content, including the best in Action, Genre and Independent films from the US and around the world, to North America, Latin America, Asia, and Europe. As a leader in independent film distribution, Well Go’s titles can be seen across a variety of platforms, including theatrical, digital, subscription and cable VOD, packaged media and broadcast television. Well Go USA Entertainment’s corporate headquarters is in Plano, Texas, with offices in Taiwan and China.