An all-star cast headlines this touching drama coming soon to Lionsgate Blu-Ray, DVD, and Digital HD. Clive Owen stars as Walt, an out-of luck carpenter who suddenly finds himself caring for his estranged son Anthony  (Jaeden Lieberher) for a weekend while his ex-wife (Maria Bello) and her new husband (Matthew Modine) head to a Catholic retreat. Neither father or son is initially happy about the arrangement, but through a series of events the two start to see each other in a different light. With understanding comes healing, and both embark on the journey of love that makes them stronger together and allows Walt to become the father he needs to be. The Confirmation will be hitting Blu-Ray, DVD, and Digital HD on June 7th, 2016! 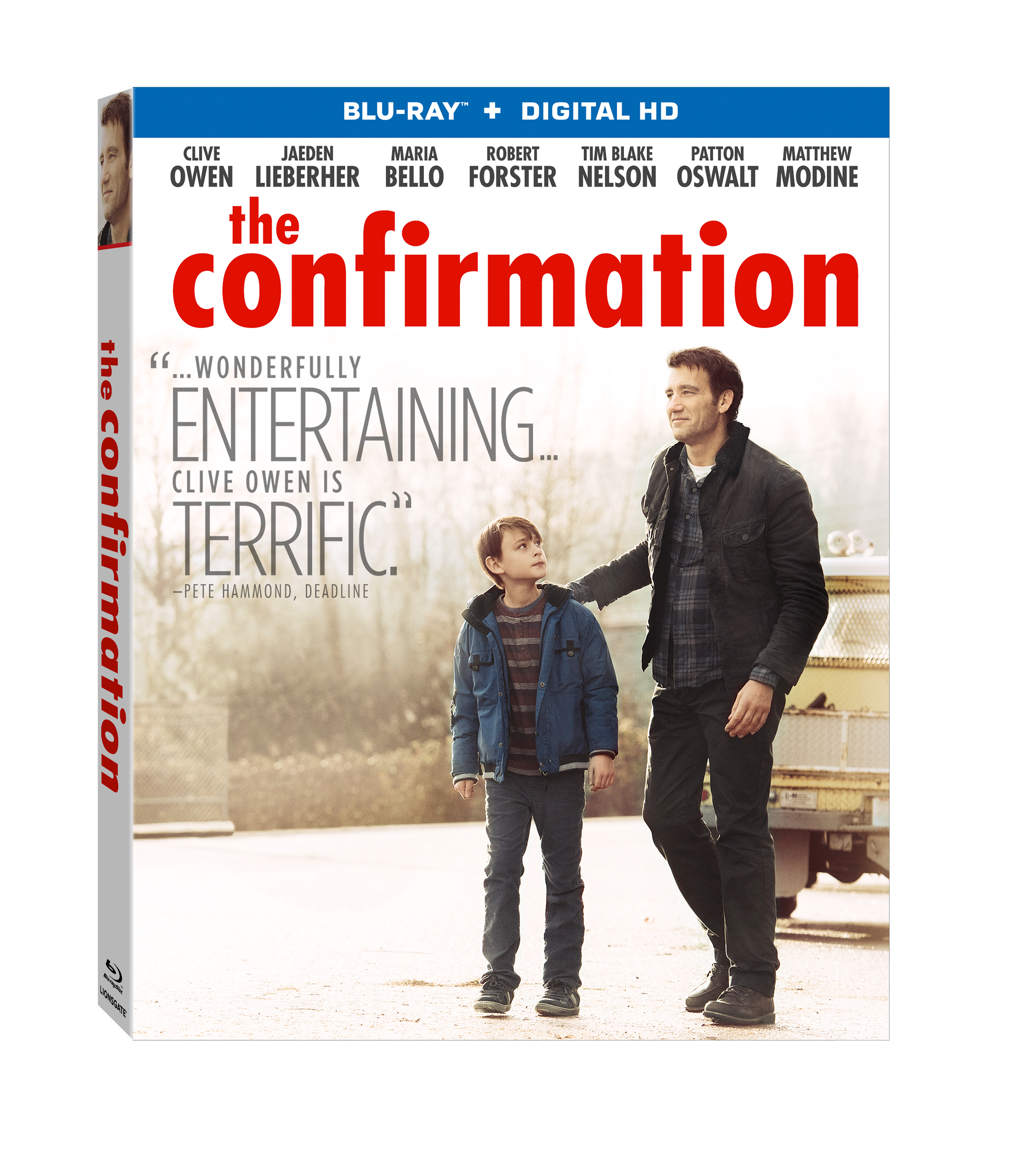 Academy Award® nominee Clive Owen (Best Supporting Actor, Closer, 2004), and Jaeden Lieberher (St. Vincent) star in the moving drama, The Confirmation, arriving on Blu-ray (plus Digital HD), DVD (plus Digital) and Digital HD on June 7 from Lionsgate. Written and Directed by Oscar® nominee Bob Nelson (Best Original Screenplay, Nebraska, 2013), the emotional story of family bonding is available On Demand. Centered on 8-year-old Anthony (Lieberher) and his father (Owen), The Confirmation brings together an unpredictable bond of love between father and son. The Confirmation will be available on Blu-ray and DVD for the suggested retail price of $19.99 and $19.98, respectively.

Clive Owen shines in this irresistible comedy about an estranged father and son, who spend a weekend together for the first time in forever, as the boy’s mom (Bello) and her new husband (Modine) leave for a retreat. The mutual unease is exacerbated when the father’s truck breaks down, he gets locked out of his house, and his toolbox, which provides his living, is stolen. As father and son begin to search for the toolbox, their bond leads to something they never imagined: a true family connection.