Based on Jennifer Wilder Morgan’s Newest Book, ‘Come to the Garden – On Stage!,’ Hits Select U.S. Cinemas May 3

Fathom Events and Eakin Films Bring This Stage Production with Character Voice Overs from Kathie Lee Gifford and Louis Gossett, Jr. to the Big Screen for a Special One-Night Event 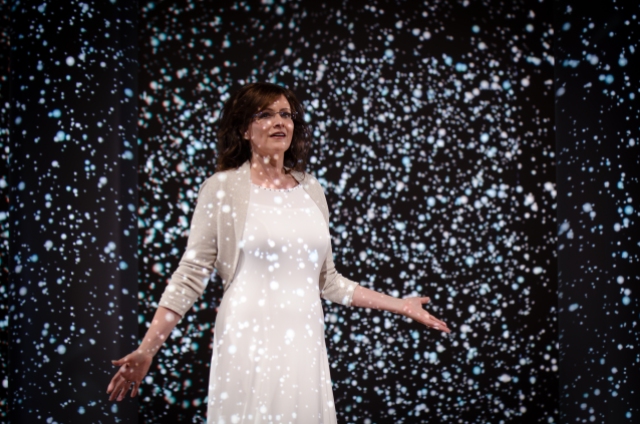 SOURCE: Rogers & Cowan
DENVER – March 15, 2016 – Enjoy an engaging evening with effervescent storyteller and author Jennifer Wilder Morgan as she takes the stage with animated characters and scenery from her highly-anticipated book, Come to the Garden. Fathom Events and Eakin Films are bringing “Come to the Garden – On Stage!” to select U.S. cinemas for one night on Tuesday, May 3 at 7:00 p.m. local time. This exclusive event includes a post-event discussion with special guest and New York Times best-selling author of The Shack, Wm Paul Young.

Tickets for “Come to the Garden – On Stage!” can be purchased online by visiting www.FathomEvents.com or at participating theater box offices. Fans throughout the U.S. will be able to enjoy the event in more than 400 movie theaters through Fathom’s Digital Broadcast Network. For a complete list of theater locations visit the Fathom Events website (theaters and participants are subject to change).

“I am very excited to be a part of this special event,” says Chonda Pierce. “Jennifer’s story will truly captivate audiences, as viewers will feel like they are a part of the story while they go on this journey with the characters.”

Join Jennifer as she shares her story, exploring her deepest fears and most life-changing discoveries, and recreates the private garden where she first opened her heart to The Divine. With guidance from her humorous guardian angel (Chonda Pierce) Jenn journeys through a human understanding of the unknown, and renders it ultimately knowable through the inspired inner voices she believes are available to us all.

“We are thrilled to partner with Eakin Films to bring Jennifer’s work to the big screen. With such a talented cast, this event is sure to entertain on a variety of emotional levels,” said Fathom Events Vice President of Programming Kymberli Frueh.

Frank Eakin, president of Eakin Films, said, “Working with Fathom to present the first-ever author 3D cinema event of its kind has been exhilarating. Jennifer’s authenticity and insights into the hope and healing that result from Divine encounters, together with the stage experience created by our 3D pioneers, deliver a unique and moving experience for faith audiences.”

Fathom Events is the event cinema distribution arm of AMC Entertainment Inc. (NYSE: AMC), Cinemark Holdings, Inc. (NYSE: CNK) and Regal Entertainment Group (NYSE: RGC) (known collectively as AC JV, LLC), the three largest movie theater circuits in the U.S., and is recognized as the leading distributor of alternative content. It offers a variety of one-of-a-kind entertainment events in movie theaters nationwide that include live, high-definition performances of the Metropolitan Opera, dance and theatre productions such as the Bolshoi Ballet and National Theatre Live’s Hamlet, sporting events like FS1 Presents USA v Mexico, concerts with Roger Waters and One Direction, the TCM Presents classic film series and faith-based events such as The Drop Box and Four Blood Moons. Fathom Events also takes audiences behind the scenes and offers unique extras including audience Q&As, backstage footage and interviews with cast and crew, creating the ultimate VIP experience. In addition, Fathom Events’ live digital broadcast network (“DBN”) is the largest cinema broadcast network in North America, bringing live and pre-recorded events to 875 locations in 179 Designated Market Areas® (including all of the top 50). For more information, visit www.fathomevents.com.

About Eakin Films and Publishing