VIN DIESEL IS FIGHTING TO SAVE THE WORLD. 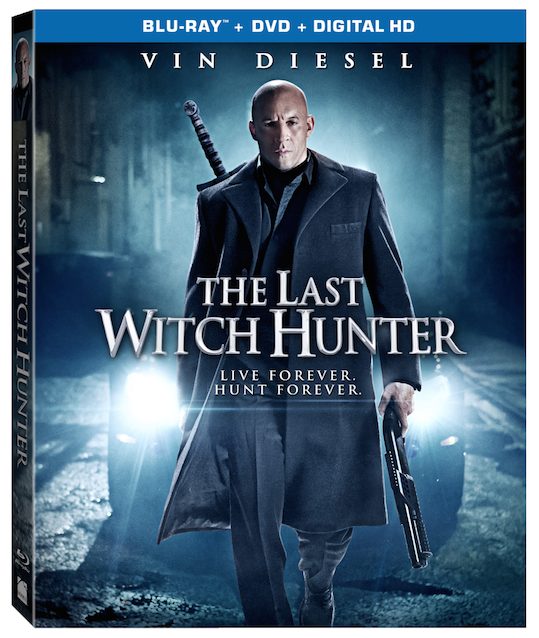 Last Witch Hunter arriving on Digital HD on January 12 and Blu-ray™ Combo Pack (plus DVD and Digital HD), DVD (plus Digital) and On Demand on February 2 from Summit Entertainment, a LIONSGATE company. Diesel stars as the heroic Kaulder, a legendary warrior sworn to protect the modern world from treacherous black magic and prevent the Queen Witch from returning. With stunning special effects, the film also features Elijah Wood (Lord of the Rings trilogy), Rose Leslie (HBO’s “Game of Thrones“), Julie Engelbrecht (Before the Fall), and two-time Academy Award® winner Michael Caine (Best Supporting Actor, The Cider House Rules, 1999; The Dark Knight franchise), who assist in his quest to save our civilization.

Kaulder is an immortal witch hunter who has spent centuries tracking down those who practice evil magic. When history’s deadliest witches resurrect their bloodthirsty Queen Witch, Kaulder becomes humanity’s last hope as he clashes with the supernatural in an epic battle for the ages.

The Last Witch Hunter is packed with special features including a behind-the-scenes featurette, animated shorts from Deviantart, the “Paint It, Black” sizzle reel from Ciara, deleted scenes and audio commentary with the director. The Blu-ray release also includes next-generation DTS:X immersive audio, which replicates and conveys the fluid movement of sound to create a richer soundscape by moving sound to precisely where the audio mixer placed it. The Last Witch Hunter will be available on Blu-ray and DVD for the suggested retail price of $39.99 and $29.95, respectively.

Rating: PG-13 for Sequences of Fantasy Violence and Frightening Images