EXPERIENCE NEVER GETS OLD WHEN

Own it early on Digital HD on December 22 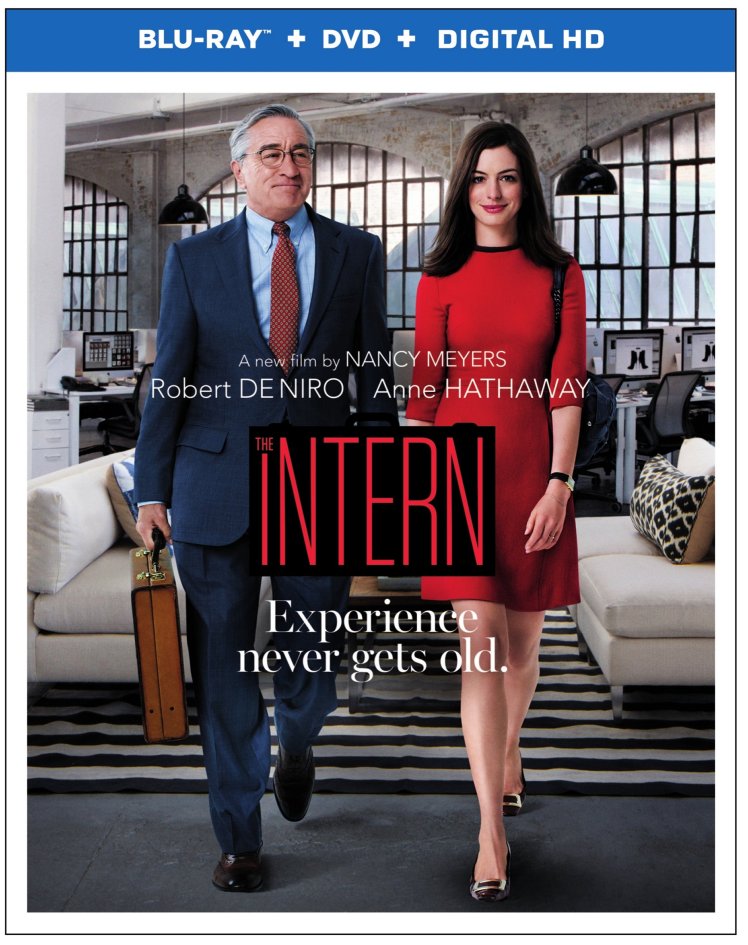 “The Intern” will be available on January 19 on Blu-ray Combo Pack for $35.99, and includes the film in high definition on Blu-ray disc, a DVD, and a digital version of the movie in Digital HD with UltraViolet*. Fans can also own “The Intern” via purchase from digital retailers beginning on December 22.

In “The Intern,” De Niro stars as Ben Whittaker, a 70-year-old widower who has discovered that retirement isn’t all it’s cracked up to be. Seizing an opportunity to get back in the game, he becomes a senior intern at an online fashion site, founded and run by Jules Ostin (Hathaway).

On December 22, “The Intern” will be available to own for streaming and download to watch anywhere in high definition and standard definition on favorite devices from select digital retailers including Amazon, CinemaNow, Flixster, iTunes, PlayStation, Vudu, Xbox and others. On January 19, “The Intern” will be made available digitally on Video On Demand services from cable and satellite providers, and on select gaming consoles.