It Takes a Special Kind of Dog

To Teach a Family Some New Tricks.

and Rob Schneider as the Voice of Shelby

A Magical Holiday Gift for the Whole Family 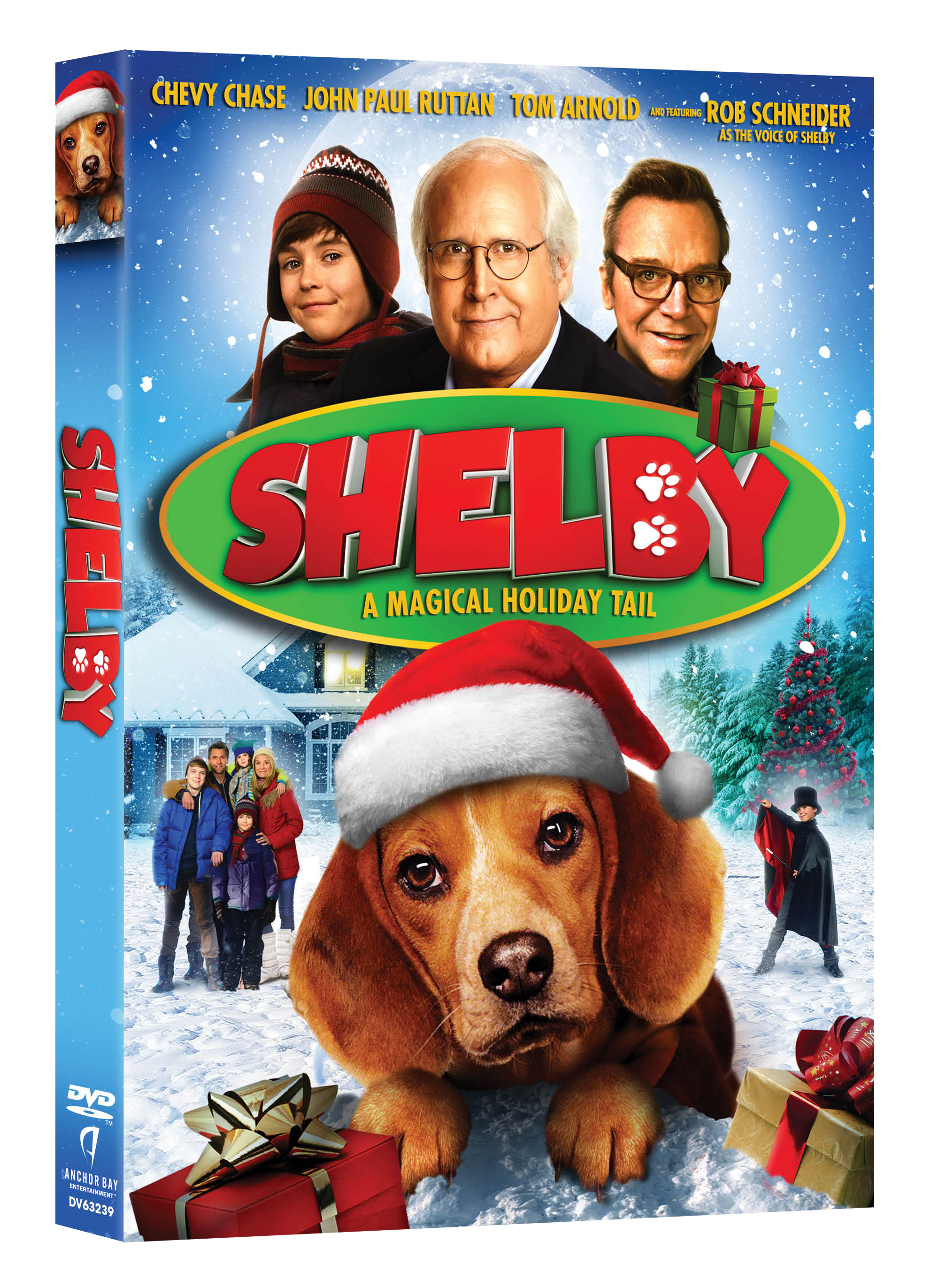 Beverly Hills, Calif. (September 21, 2015) – Directed by Brian K. Roberts (En Vogue Christmas), written by Jeremy Wadzinski, developed and financed by The Fyzz Facility Limited, SHELBY, the Dove®-family-approved movie for all ages, arrives on Digital HD Oct. 23 and on DVD and On Demand Nov. 3 from Anchor Bay Entertainment. In this heart-warming family tale, rescue dog Shelby manages to escape the dog pound on Christmas Eve and runs straight into the arms of little Jake (John Paul Ruttan, Robocop) and the two are immediately inseparable. The only thing standing between them and a perfect Christmas is the notorious local dogcatcher – he has Shelby in his sights and he’s not going to stop until he finds him. SHELBY also stars the legendary comedian Chevy Chase (Vacation franchise, “Community”), Tom Arnold (Underdog Kids, Chilly Christmas), Addison Holley (“Daniel Tiger’s Neighborhood,“ “Little Charmers”) and Rob Schneider (Deuce Bigalow franchise, Grown Ups) as the voice of Shelby.

Christmas is coming, and notorious stray pup/escape artist Shelby (voiced by Rob Schneider) is once again locked up in the dog pound. But when a spoiled rich kid tries to adopt him for all the wrong reasons, Shelby runs away and hides in the suburban basement of 10-year-old aspiring magician Jake Parker (John Paul Ruttan). Now with the frazzled local dogcatcher (Tom Arnold) hot on their tail, can Jake, his siblings and their visiting grandpa (Chevy Chase) – who knows a thing or two about messy vacations – pull off the ultimate magic trick and rescue Shelby, making him a part of the family forever?  Jefferson Brown (Make Your Move) co-stars in this heartwarming comedy about Christmas magic and the holiday love that speaks to us all.

SHELBY will be available for the suggested retail price of $19.98.