“Paddington is — as Goldilocks would say in that other bear story — just right.”

From the Producer of Harry Potter 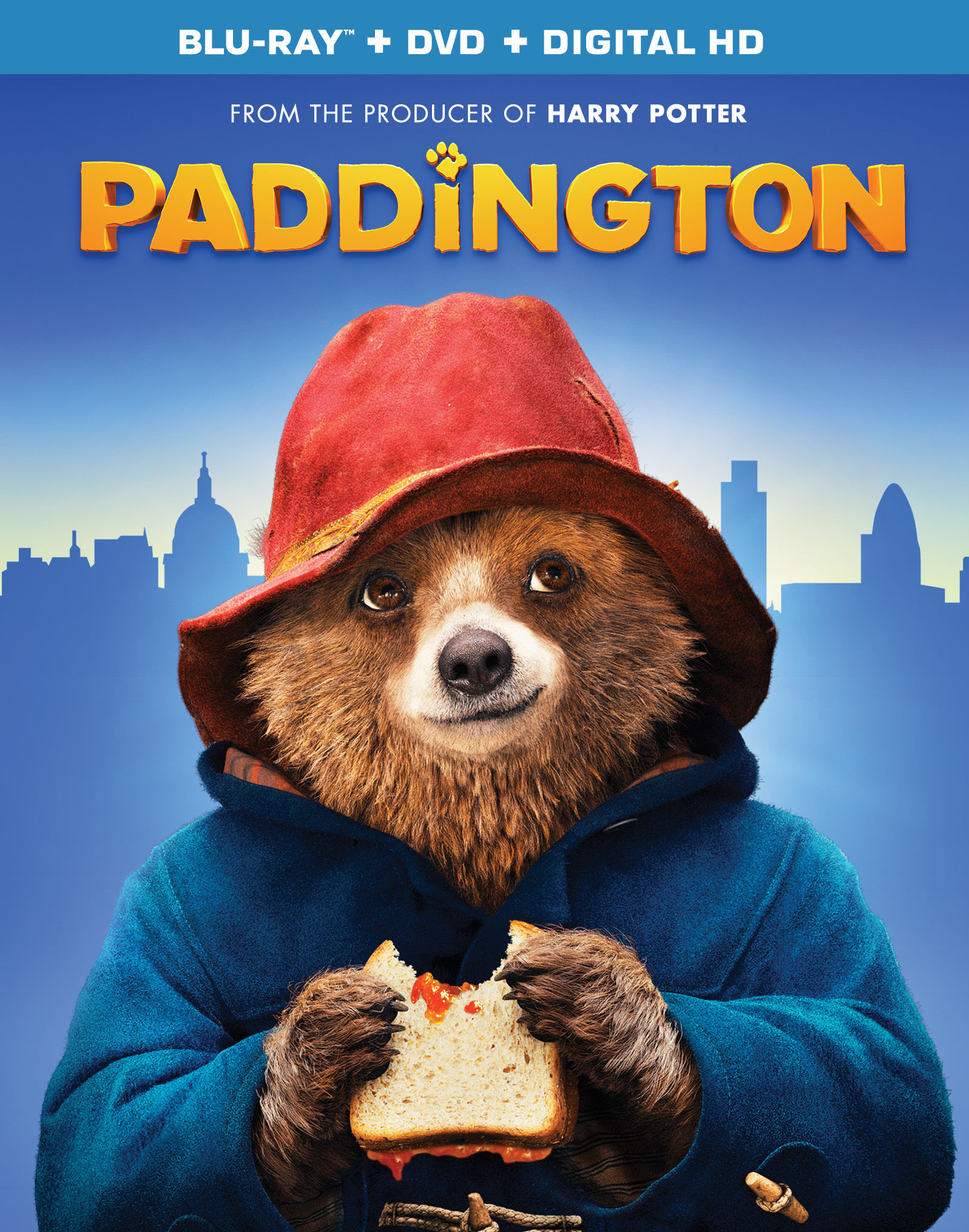 Paddington Bear was first introduced to children in Michael Bond’s 1958 book, A Bear Called Paddington and the subsequent Paddington Bear series has sold over 35 million copies and been translated into 40 languages. For the first time, author Michael Bond has given his blessing for his beloved characters to be brought to the big screen, charming both critics and audience members alike.

PADDINGTON tells the story of the comic misadventures of a young Peruvian bear who travels to London in search of a home. Finding himself lost and alone, he begins to realize that city life is not all he had imagined until he meets the kindly Brown family (Bonneville and Hawkins) who take him home after reading the label around his neck. It looks as though his luck has changed until this rare talking bear catches the eye of Millicent (Nicole Kidman), a museum taxidermist.

PADDINGTONis rated PG for mild action and rude humor. Runtime is 95 minutes. The Blu-ray Combo Pack and DVD bonus content includes Meet the Characters, When a Bear Comes to Stay, From Page to Screen and “Shine” Lyric Music Video written by Gwen Stefani & Pharrell. The Blu-ray will also include the exclusive special feature called The Making of “Shine” with Gwen Stefani & Pharrell.

About The Weinstein Company and Dimension Films

The Weinstein Company (TWC) is a multimedia production and distribution company launched in October 2005 by Bob and Harvey Weinstein, the brothers who founded Miramax Films in 1979. TWC also encompasses Dimension Films, the genre label founded in 1993 by Bob Weinstein. During Harvey and Bob’s tenure at Miramax and TWC, they have received 341 Oscar nominations and won 79 Academy Awards.