Real Life Tells Real Stories of People Whose Lives Were Shattered by a Silent Grief, and Their Amazing Journey Toward Hope and Healing 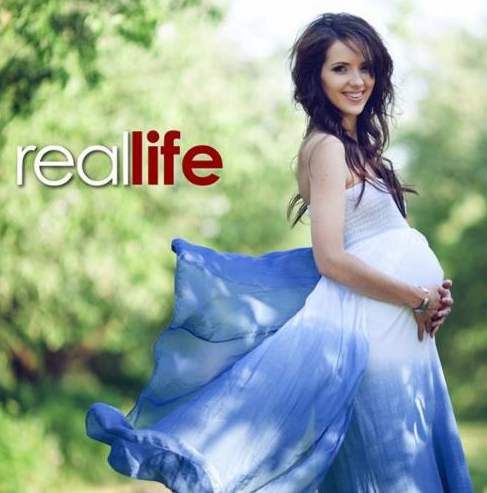 SOURCE: McCain & Co. PR
NASHVILLE, Tenn. (January 22, 2015) – Grief wears many faces, and no one is immune to its intrusion in life. It may take the form of the loss of a loved one, physical or emotional trauma, broken health or the death of a dream. The often unspoken grief associated with abortion encompasses all of these, and is frequently accompanied by the added weight of guilt and shame. Many women and men live with this grief for years in secret. Real Life, airing now on the Christian Television Network (CTN), is a groundbreaking new type of television show, designed to encourage viewers to consider the issues of life relating to unplanned, unwanted and crisis pregnancies, as well as adoption.
“Abortion is a volatile subject,” explains executive producer Paul Garber. “A lot of programming from pro-life producers has focused on the act of abortion, with all the blood, gore and negative aspects of that act, but over the years I’m not sure that has made much of an impact. I don’t think we can put a TV show on the air that will stop abortion. It hasn’t worked so far. But I do think we can deal with the ramifications of what abortion does to people, physically and psychologically.”

Each program follows the lives of real individuals who have dealt with an actual abortion and shows the positive as well as the negative ramifications of that situation. Real Life always ends with biblical insight and provides viewers with an opportunity to respond. “These are real men and women who have been impacted at some point in their lives by the aftermath of abortion,” Garber says. “We try to show that no matter how devastating their situation has been, there is always hope.”

Real Life airs on the 16-station Christian Television Network (CTN) on Thursday at 9:00 p.m. ET, and is also available on DirecTV, Dish and Thaicom satellite, which uplinks from Israel and reaches viewers from Europe to Singapore.

About Real Life and the Christian Television Network:

Since first signing on the air on October 24, 1979, the Christian Television Network (CTN) has grown to 16 stations with a potential audience of approximately 50 million households across the United States. Add in national and international satellite service and the reach extends to 500 million souls, world-wide.

CTN is dedicated to offering unique, wholesome, award-winning programming which spans all socioeconomic boundaries and provides every family member with a wholesome Christ-centered alternative to standard television fare.