Highly anticipated motion picture to release on 1800 screens through Stoney Lake Entertainment with $18 million in initial P&A secured by Marble Arch Entertainment
Movie based on New York Times bestselling “Left Behind” book series, co-authored by Jerry B. Jenkins and Tim LaHaye is based on the Bible and published in 32 different languages, with more than 65 million copies sold and one of the best-selling fiction series of all time 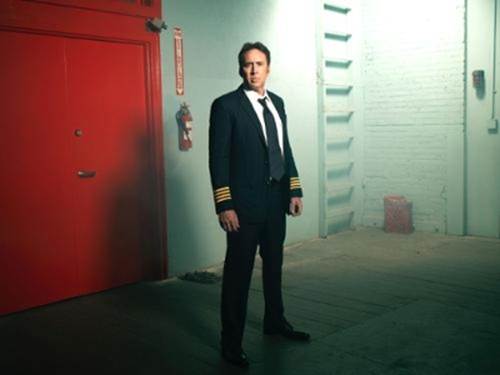 LEFT BEHIND follows Rayford Steele (Nicolas Cage) who is piloting a commercial airliner just hours after the Rapture when millions of people around the globe simply vanish. Thirty thousand feet over the Atlantic, Rayford is faced with a damaged plane, terrified passengers, and a desperate desire to get back to his family. On the ground, his daughter, Chloe Steele (Cassi Thomson) is among those left behind, forced to navigate a world of madness as she searches for her lost mother and brother. Shot mostly in and around Baton Rouge, LA., LEFT BEHIND was produced by Paul Lalonde and Michael Walker and co-written by Paul Lalonde and John Patus.
“We’re seeing a number of big, biblical movies on the calendar this year, particularly SON OF GOD, NOAH, and EXODUS. What makes LEFT BEHIND different is that it is a contemporary story that could actually happen at any moment,” says Paul Lalonde, LEFT BEHIND producer and CEO of Stoney Lake Entertainment. “It’s also a historical account in a sense, because it’s based on a true story, it just hasn’t happened yet. So it’s very important to us that the core story not be changed. We had offers from three of the major studios in Hollywood to distribute this movie, but none would allow final control of the story to be left in our hands.”
“My greatest hope for this movie is that people will be entertained and thrilled by it, but also that they’ll go home and have conversations with their family, and ask ‘do you think this could happen, or couldn’t happen?’ and it’ll inspire discussion and closeness,” says leading actor Nicolas Cage.
The movie is based on the New York Times bestselling book series of the same name, co-authored by Jerry B. Jenkins and Tim LaHaye. Based on the Bible and published in 32 different languages, the series has sold more than 65 million copies and is one of the best-selling fiction series of all time.
“I believe it does justice to the novel and will renew interest in the entire series,” author Jerry Jenkins said. “It is the best movie I have ever seen on the rapture,” added Tim LaHaye.
Behind the scenes, LEFT BEHIND features an award-winning team including Oscar and BAFTA nominated Director of Photography, Jack N. Green (UNFORGIVEN), Oscar, BAFTA and EMMY nominated Production Designer, Stephen Altman (GOSFORD PARK, CHRONICLE), Editor Michael J. Duthie and Costume Designer Abby O’Sullivan. The music was composed by Jack Lenz (THE PASSION OF THE CHRIST).

Entertainment One has acquired the domestic home video rights. For the latest news and updates regarding LEFT BEHIND, please visit: http://www.leftbehindmovie.com.
About Stoney Lake Entertainment
Stoney Lake Entertainment (SLE) is a film production company created in 2012 by CEO Paul Lalonde, co-founder of Cloud Ten Pictures. SLE is focused on producing big budget faith-themed films for a wider audience. LEFT BEHIND will be SLE’s first feature film.